Masaryk Society Collection at the Archive of Masaryk University 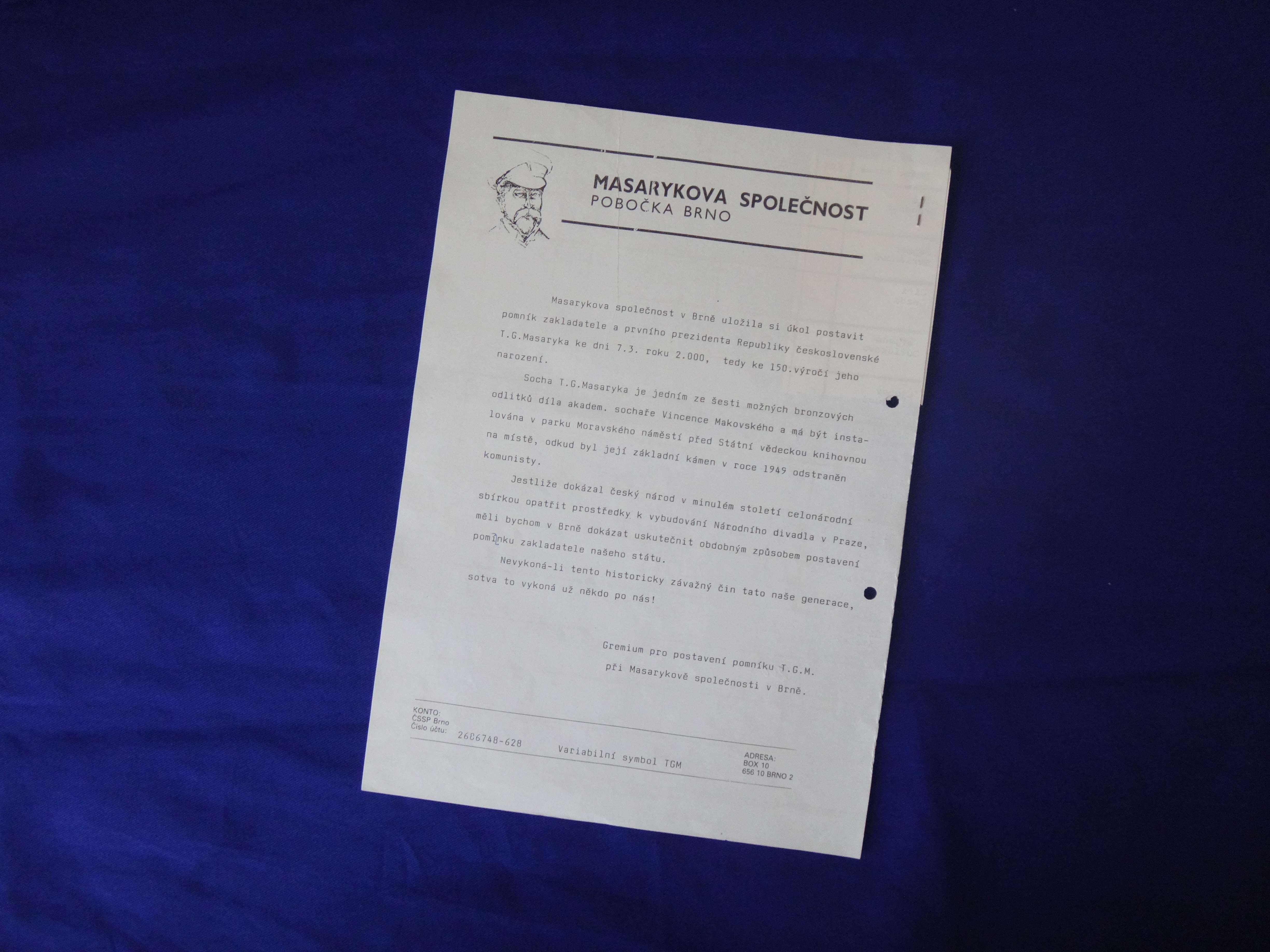 The collection contains documents of the Masaryk Society, citizens' illegal initiatives, which originated in Brno and Prague in 1988. The society organized events for the return of Masaryk's name to the public space and cultivated the regime of suppressed knowledge and awareness of the philosopher and first president of Czechoslovakia, Tomas Garrigue Masaryk.