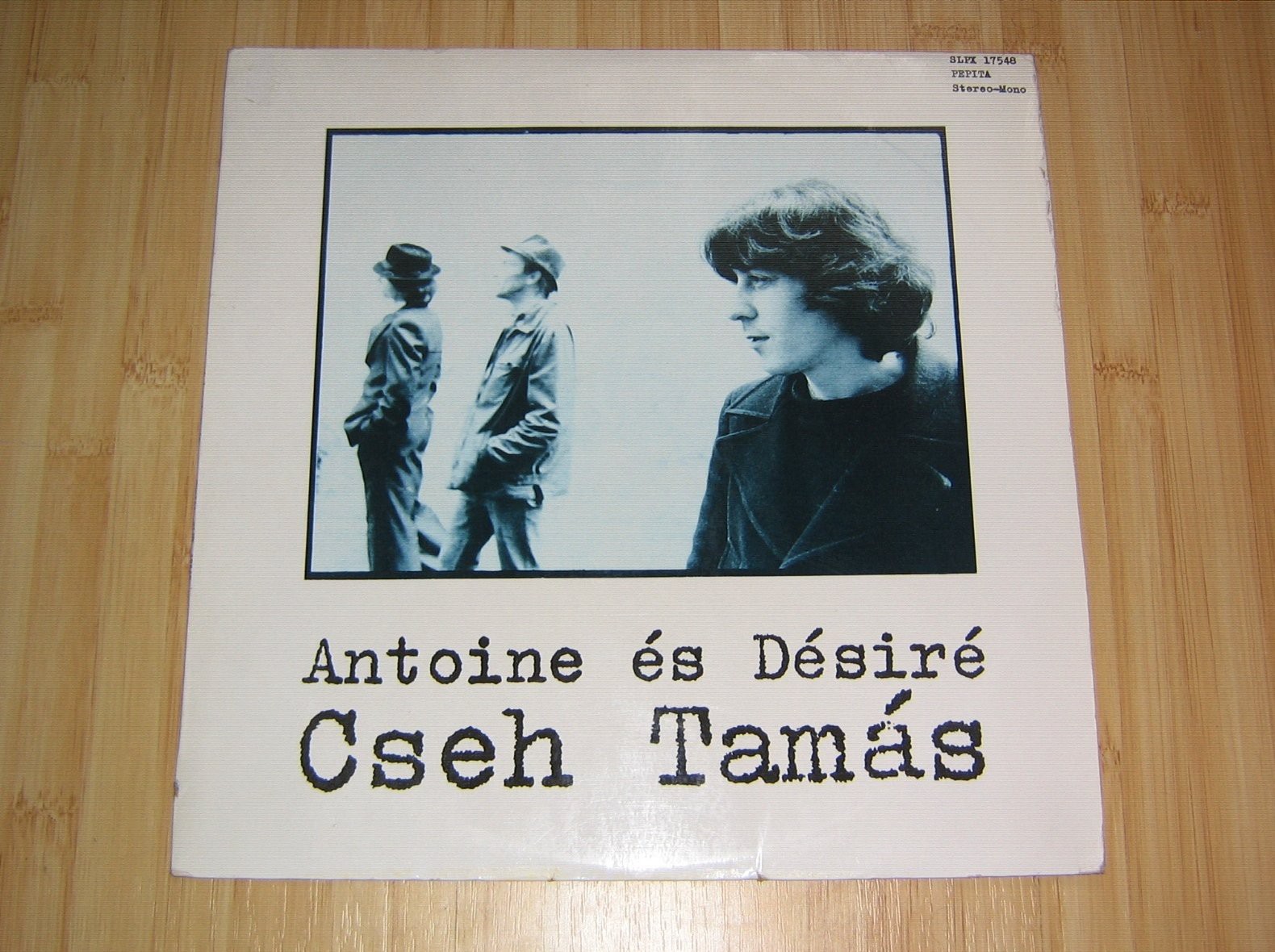 Antoine and Désiré can be considered a concept album. Released in 1978, it was Cseh’s second album. The protagonists mentioned in the title appear on the sleeve, thanks to the photo series by János Vető. They are impersonated by two people who were well known in underground circles of the time: Dixi, the poet and Zuzu, the painter. Two (fictional) biographies are also included.

As the author of the lyrics, Géza Bereményi, notes in his account, Dixi and Zuzu only lent their faces to the cover photos. The biographies reveal two typical life stories from the 1970s, one person who earns reasonably well and another who is less successful in career, nonetheless they remain friends, in spite of their different fates. According to the authorial account, they were inspired by archetype of the white and the red clown, so all the songs on the album can be considered parts of a series of clown pranks. The red clown is Désiré: the saunterer, an awkward kid; the white is Antoine: the successful adult.

In some songs, the voice of Desiré can be heard, in others a narrator tells the story, giving the singer a chance to identify with the character, but also to exit the role. The play with the alternation of identification and distancing is a returning element in their songs. The lyrics balance between the possibilities of speaking out and concealment, and partly expressed sentences and unnamed circumstances are frequent, and this accurately portrays the lives and prospectives of the protagonists. The songs are strongly atmospheric beyond the stories, and they give a precise account on the era through the sentiments they evoke.