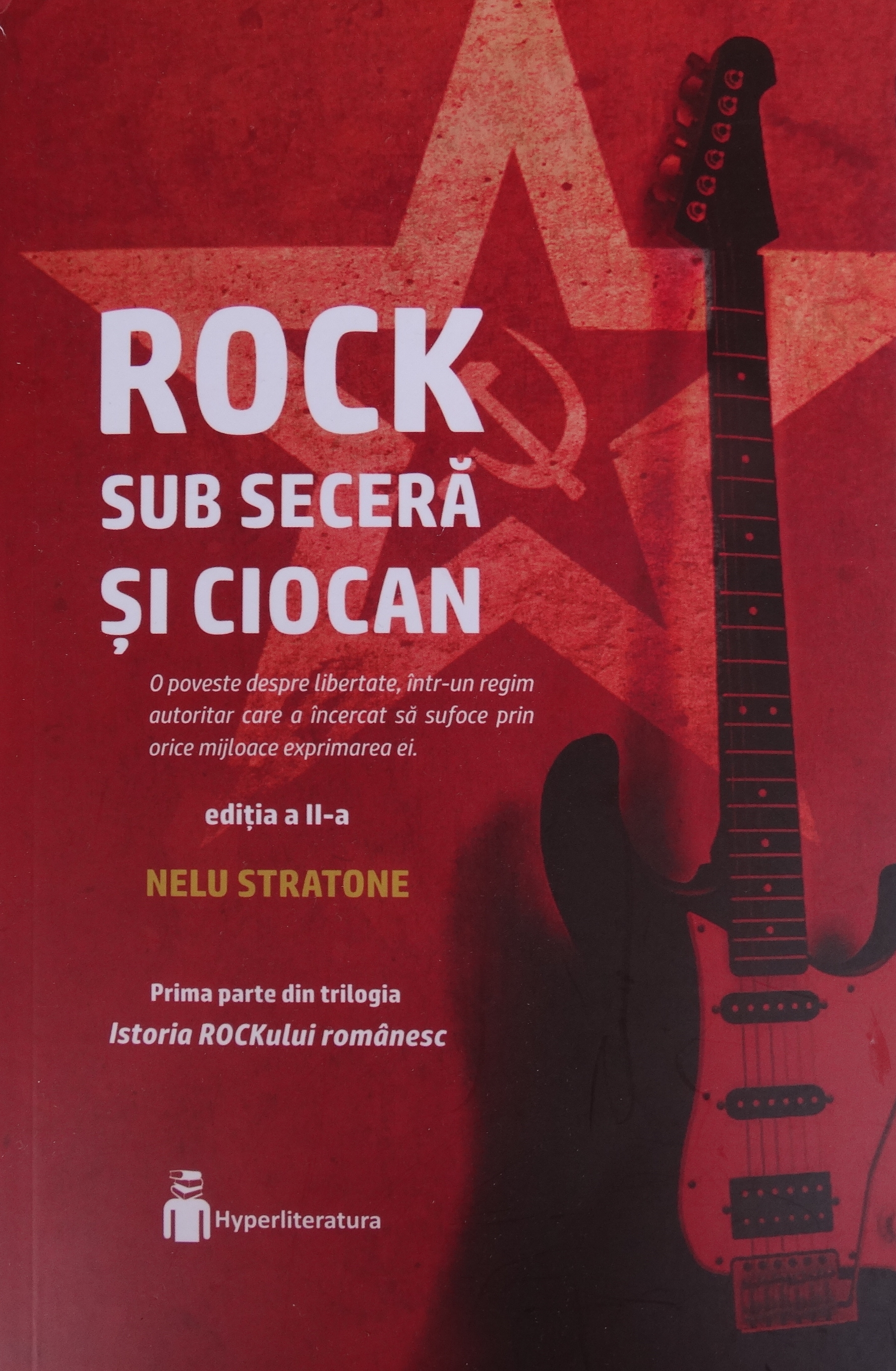 The volume Rock sub seceră și ciocan (Rock under the hammer and sickle), which came out in a first edition in 2016 and was republished in 2017, is the first part of an ample project of mapping the rock music movement in Romanian. As the author himself presents it, Nelu Stratone’s book is an invitation to go on “a journey in time, in search of the roots of the rock spirit in Romania, in which freedom was countless times suppressed or censored in the face of a merciless authoritarian regime, but triumphed through strength and creativity, laying the foundations for one or more generations of people who have made their mark on our culture and our collective memory.” The volume is indeed valuable also because the story of rock in Romania is intimately interwoven with the author’s own story: he confesses that he was impelled to write the book because “I have accumulated quite a rich experience, so I have decided to share with others something of my knowledge.” The period covered in this first volume is the last three decades of Romanian communism, from 1960 to its collapse in 1989. The main chapters of the book are entitled: “Rock and Roll, comrades!” which describes the penetration of rock music into the Romanian space in the period 1960–1971, “The personality cult and rock music,” which follows the evolution of this music after the delivery of the famous anti-Western Theses of July 1971, “The underground movement,” which shows how indigenous Romanian rock flourished after 1977 in spite of the restrictions imposed by the regime, and “The situation as a paraphrase,” which covers the last period of communism in Romania, from 1985 until the Revolution of 1989, during which the song whose verses are quoted in the epilogue was composed: “Azi în Timișoara, mâine-n toată țara” (Today in Timişoara, tomorrow in all the land). Numbering over 470 pages, the book is the most significant and rigorously documented synthetic study of Romanian rock music in the communist period. On top of that, the magazine Dilema Veche included it in their list of the most important books published in Romania in 2016.