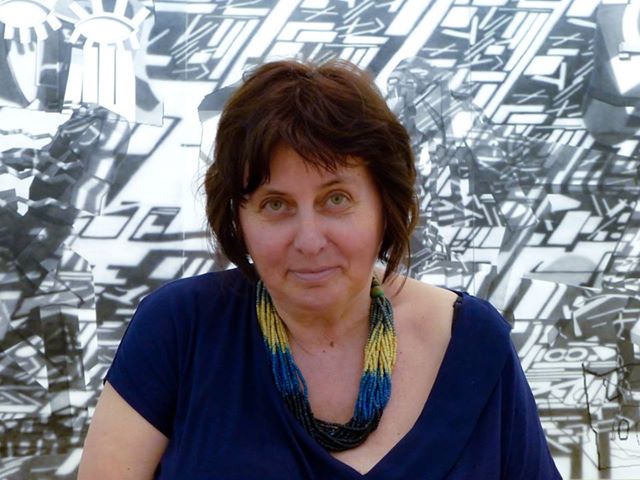 Art historian. Graduated from the Art History and History departments of Eötvös Loránd University (ELTE) in 1983. Between 1983 and 1984, she served as art referent at Generalart state company. Between 1984 and 1986, she served as curator at the Gallery of Szombathely, and she was a cofounder of its contemporary collection. Together with her husband, art historian Ferenc Tóth, she initiated the expansion of the contemporary collection of the newly founded Gallery in a rather unusual way: they focused on the frontiers of art, visual poetry, experimental works, performance documentation, and video art, and they cooperated with the cultural scene in Graz and also worked together with domestic institutions.

Up until the official opening of the Gallery, these kinds of activities were encouraged by the director of the Savaria Museum. In 1985, György Aczél, a member of the Central Committee and a major politician in cultural affairs, inaugurated the building and the exhibitions. Previously, his secretariat had received a list of the works which would be on display and had ordered the removal of two works (a work by András Wahorn and a work by György Galántai, to avantgarde artists). Following the opening of the Gallery, the director of the Savaria Museum moved to Budapest and Marianna Mayer was sent to the textile collection of the museum. As a follow-up, between 1986 and 1988 she worked at the Soros Foundation Art Documentation Centre; the since 1988, she has served as a curator at Kunsthalle Budapest.

She has organizes exhibitions since 1983 and has edited the accompanying publications. She is also the author of a monograph on Salvador Dali (Tóth Könyvkiadó, Budapest, 2006). Her main research field is 20th and 21st century Hungarian and international art, and she has published in this area in the journals Artmagazin, IPM and Figyelő.