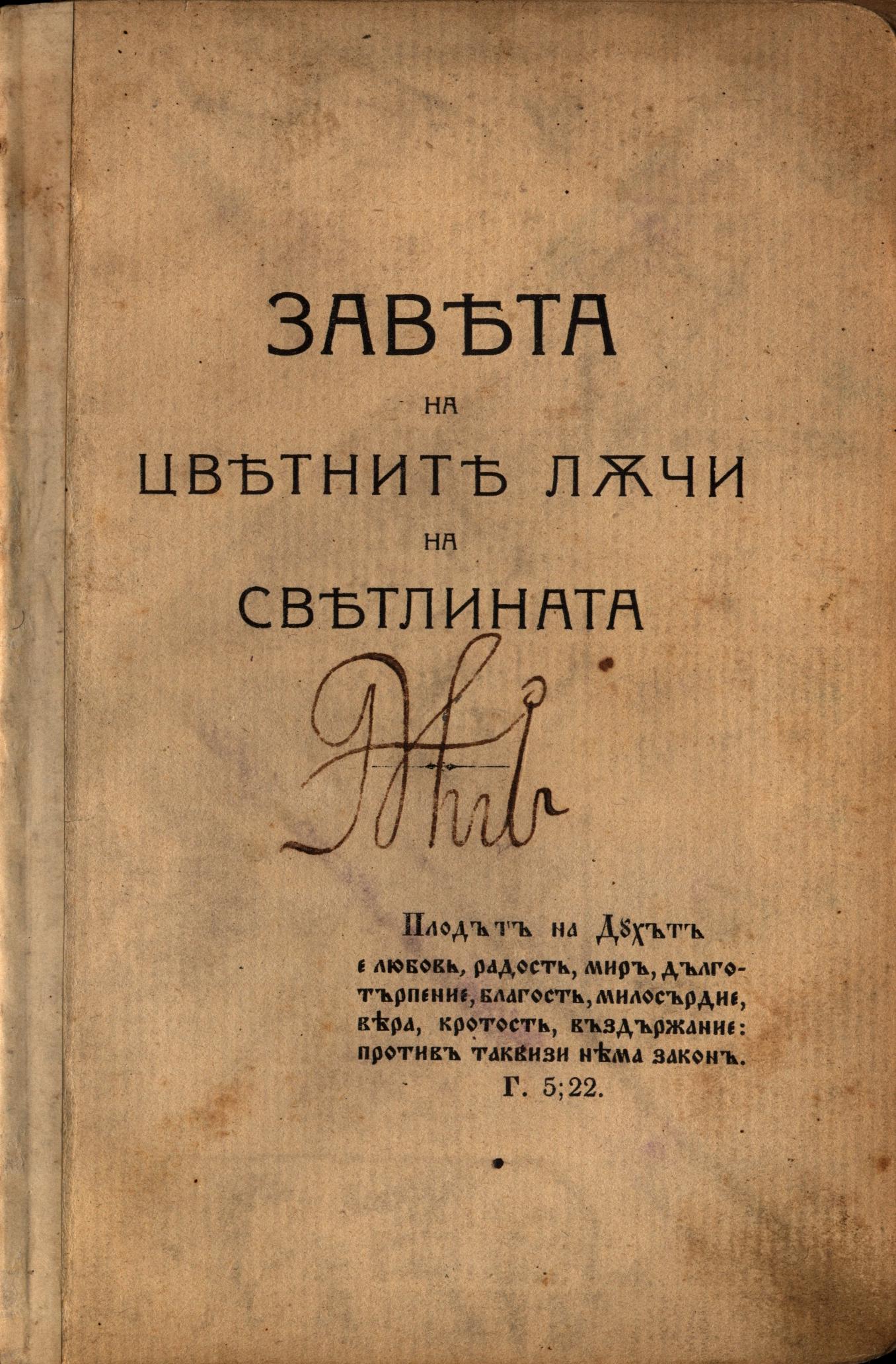 The book The Testament of the Colour Rays of Light on selected biblical verses is written by Petar Danov in 1912. It was published by the well-known Sofia publisher Dimitar Golov in the autumn of 1912, printed in the Court Printing House in Sofia. According to written memories of students of Peter Danov the book was printed in a limited edition of 500 copies at a price of about 500–600 leva. The edition was of quite high quality, with thick paper with golden edges and a fine leather cover and engraved title with gold plated letters. The book was donated by Peter Danov to members of the “Synarchic Chain” with his personal autograph. However, the author's name is not printed. The second edition was without a year, somewhat less elaborate, but the quality is good and follows the format of 1912.


In 1947, given the new political situation, the followers of Petar Danov organized the printing of The Testament of the Colour Rays of Light in 1000 copies in the fraternal printing house "Zhitno zarno [Wheat grain]." Due to the harsh economic and political conditions, this printing was not as opulent as previous editions – the paper was almost newspaper quality, stapled together with a cover made from cardboard, but the internal orthographic layout and content are identical.

In 1950 the printing house was closed, the printing machine and other publishing tools were confiscated. At the end of the 1950s, "over 50 tons of reactionary literature by author P. Danov from throughout the country was seized", part of which was sent to the Central State Archive, but part of which was destroyed.

In the period from 1947 until the political changes in 1989, there is no information on any new editions of The Testament of the Colour Rays of Light. The lectures of Peter Danov were not published, and his texts were distributed via samizdat only. It was not until 1994 that the book was re-published. Since then, the book has over 10 printings, translated into English, Spanish, German, Russian and Greek.