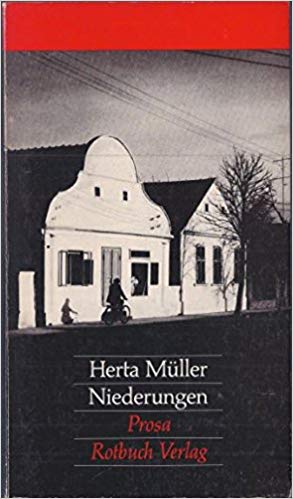 Herta Müller’s informative surveillance file (dosar de urmărire informativă) contains several informative notes given by the Securitate’s German-speaking sources about her first book Niederungen (Nadirs). These notes are important as the arguments put forward by their authors were used by the Securitate’s officials to begin their informative surveillance of her. The note chosen as a feature item of the collection was signed by the source “Voicu” on March 1982 before the opening of informative surveillance against Herta Müller. He focuses on three of the short stories contained in Niederungen (Nadirs) to underline their “hostile” content towards the communist regime. Stating that Müller’s prose lacks any “positive, optimist elements,” “Voicu” shows that “Das schwäbische Bad” (The Swabian bath) and “Meine Familie” (My family) picture the moral degeneration of the Swabian family in the countryside. Moreover, according to his opinion “Dorfchronik” (The chronicle of the village) sheds a negative light on the local administration and living conditions in rural areas. Müller, he says, underlines that the local officials are all related and support each other to maintain their domination over the village. The mayor holds mandatory meetings but their participants not only ignore him and smoke carelessly but also arrive drunk and continue to drink even during meetings. Public buildings have also lost their officially ascribed meaning, so that, for example, the local house of culture hosts weddings instead of cultural activities. Things are no better in the local agricultural farms, where one of the engineers instead of focusing on his job takes pictures of the surroundings and enters photography competitions.