Buildings under Demolition in Braşov’s so-called Civic Centre in the 1980s. Photo 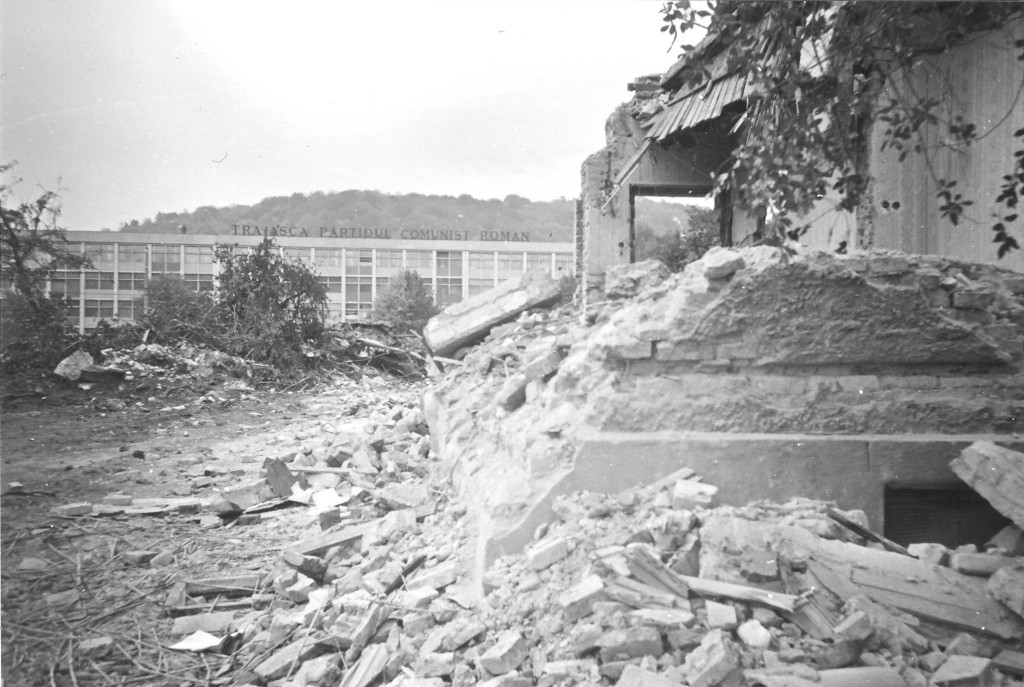 In the 1980s an entire area of Braşov was demolished in order for a new district to be built in its place, namely the Civic Centre, supposedly the city’s new socialist centre. The building of “civic centres” (centre civice) was an intrinsic part of the urban systematisation policy that was promoted during the 1970s and 1980s. This policy was meant to implant a new urban identity in the cities, one that would reflect the “greatness” of the “Golden Age,” as the official propaganda presented Ceauşescu’s regime. The buildings depicted in the pictures are part of a district called Strungul (The Lathe), which was the name of the factory in the vicinity. The buildings were private houses of one or two storeys, mostly built at the beginning of the twentieth century or in the interwar period by middle-class or working-class families. The demolished buildings were replaced in the second half of the 1980s by a cluster of ten- to fifteen-storey buildings. In the background of the picture can be seen a building that took shape in the 1960s, belonging to the Hidromecanica Factory, on which a propagandistic slogan can be seen: “Long live the Romanian Communist Party.” The juxtaposition of this slogan suggesting the greatness of the communist era with the apocalyptic setting of the demolition gives this image an ironic meaning. Taking these pictures was an act of cultural opposition because photographing the demolition processes implied political risks for the photographer. The simple act of immortalising the demolition processes could have been considered as a critical stance towards the official policies of urban systematisation.