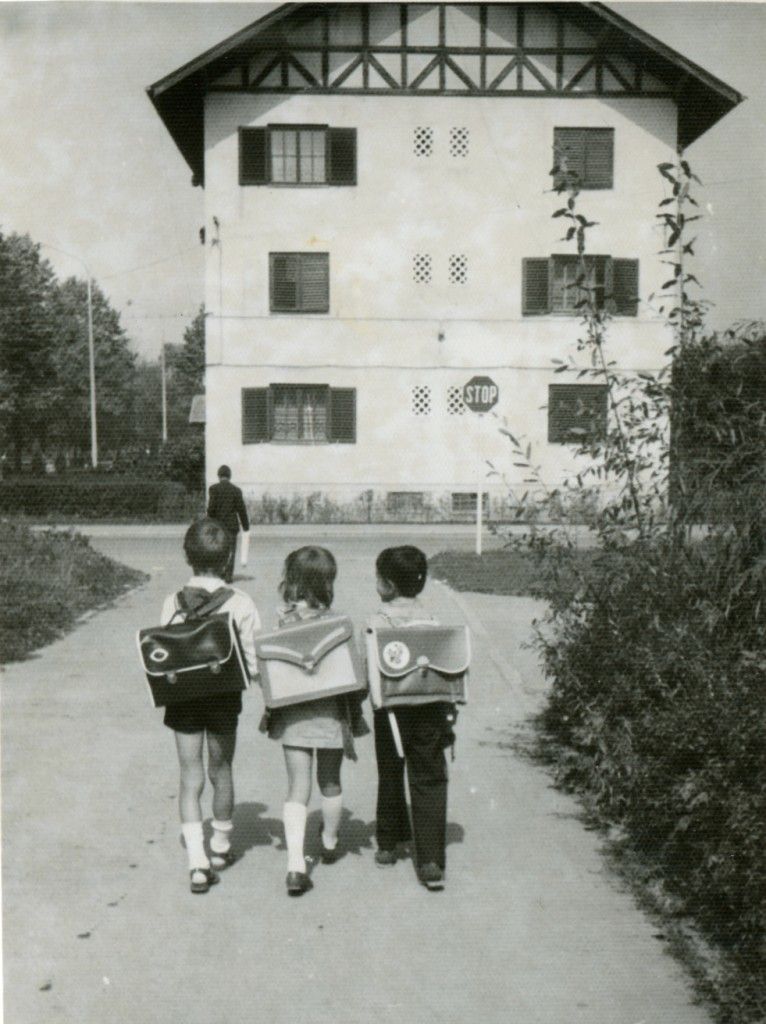 The item is part of the photograph series comprised in the Braşov–Oraşul Memorabil Collection that portrays school under communism. The perception of the school uniforms of this period in post-1989 Romania reflects a sort of nostalgia for childhood under communism (Marin 2013, 10–12). This nostalgia is particularly related to objects such as toys, sweets, and children’s books that disappeared after 1989 or, in this case, school uniforms that marked affiliation to a form of political regimentation, such as Șoimii patriei (Falcons of the Motherland) and Organizaţia pionierilor (The Pioneers’ Organisation). Those who spent their childhood under communism do not necessarily remember the political regimentation part, but rather certain details that now bear an emotional value, namely, uniforms, festive moments, participation in competitions, etc. This photograph features two types of uniforms: the pioneer uniform worn by the student on the left and that of the falcons worn by the two children on the right. The photograph was taken in the Steagul Roşu (Red Flag) district in Braşov, which was one of the iconic proletarian districts, built at the end of the 1940s and the beginning of the 1950s.

Marin, Manuela. 2013. “Between Memory and Nostalgia: The Image of Communism in Romanian Popular Culture: A Case Study of Libertatea Newspaper.” Palimpsest 3: 4–16.