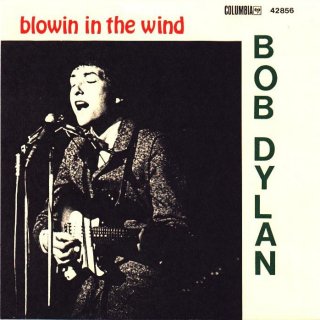 For Nelu Stratone, as for all of his generation, born under communism and coming to maturity in the 1960s, Bob Dylan was an idol. A Bob Dylan single was among the five records that challenged and inspired Nelu Stratone to collect rock, folk, and jazz records. Before 1989, in the years of glory of the collection, he was proud to be the owner of the complete discography of Bob Dylan. “Bob Dylan was a sort of cult for me. I hunted out all his discography and I had at home, in the form of records, about everything that passed through Romania in that period,” he confesses. Bob Dylan is also the subject of a book that Nelu Stratone has set himself to write, and for which he has done part of the research, although it is not (yet) written. His passion for listening to Bob Dylan, as he himself confesses, is still intact today.

The reception of Bob Dylan in Romania deserves a more extended discussion, however, due to the evident differences between the perception of his music among young people in this country in comparison not only with their contemporaries in the West, but also with those in other countries of the Soviet bloc. While on the other side of the Iron Curtain, Bob Dylan was a symbol of leftist anti-capitalist, anti-war, anti-racial-segregation movements, in communist Europe he was in general a symbol of freedom of expression against dictatorships of the left. At the same time, Bob Dylan was received in an ambiguous manner in Romania, in contrast to other states dominated by communist regimes. For all that, his influence among young people, starting from the late 1960s, was significant, albeit ambivalent. In this connection it is illustrative that his famous song “Blowing in the Wind” was translated for the first time in 1973, into easily singable lines but under the less than inspired title ”Vânare de vânt” (literally “Hunting/chasing the wind”), by the poet Adrian Păunescu, recently returned from a scholarship at the University of Iowa. On the one hand, the translation allowed the wide dissemination of this song in the performance of Florian Pittiş, an incontestable leader of the alternative culture of the younger generation. On the other hand, the music of Bob Dylan and the spirit of social rebellion associated with it were totally corrupted in Romania precisely through the intermediary of the translator Adrian Păunescu, who in 1973, under the umbrella of the Cenaclu Flacăra (Flame cenacle), began an ample campaign to divert the rebelliousness of the younger generation, with the aim of emptying it of any potential of revolt against the Ceauşescu regime (D. Petrescu 2010, 306–307). Thus the anti-war message of American folk became in Romania a musical current that, in its most nonconformist variant, limited itself to promoting a supposed romanticized medieval past, as was attempted by groups that were very popular among young people, like Phoenix or Sfinx (T. Ionescu 2016). Due to the Flame Cenacle, however, the anti-war message of American folk became associated with the campaign for world peace orchestrated by the Ceauşescu regime in the hope of obtaining a Nobel Peace Prize for the General Secratary of the Romanian Communist Party. Mircea Vintilă, who in his turn interpreted Bob Dylan for the Romanian public in the Păunescu’s translation, comments on the distorsion of the message of this sort of music: “Folk protested in Romania too, only not against the regime, but against light music, which had become something facile, with absolutely awful lyrics.” (D. Ionescu 2017, 175).

Confiscated ideologically by the Ceauşescu regime, the verses of Bob Dylan were only recuperated in the post-communist period through the translation of the talented writer Mircea Cărtărescu. A review of his volume of a hundred poems by Bob Dylan translated into Romanian underlines: “Where Păunescu used Dylan as a librettist, Cărtărescu reinvents a poet. But this only adds to ideological liberation a poetic liberation. Rewritten by Cărtărescu, Bob Dylan acquires vision, just as he has in the original” (Ursa 2016). To understand the difference between the two translations, the second stanza of ”Blowing in the wind” provides a good illustration. Here is the English original:

In Adrian Păunescu’s translation of 1973, which renders the lines literally but eludes the general message of the poem, it goes:

Mircea Cărtărescu’s translation under the title ”Suflare în vânt” (Breath/blowing in the wind) has significantly modified lines 3 and 4, which now talk about the liberation of a people, and lines 5 and 6, which refer to the “great light” that many claim not to see, pretending to be blind. Thus Bob Dylan’s poem takes on a meaning that is more militant, more politicized, and more faithful to the author than in the previous translation.