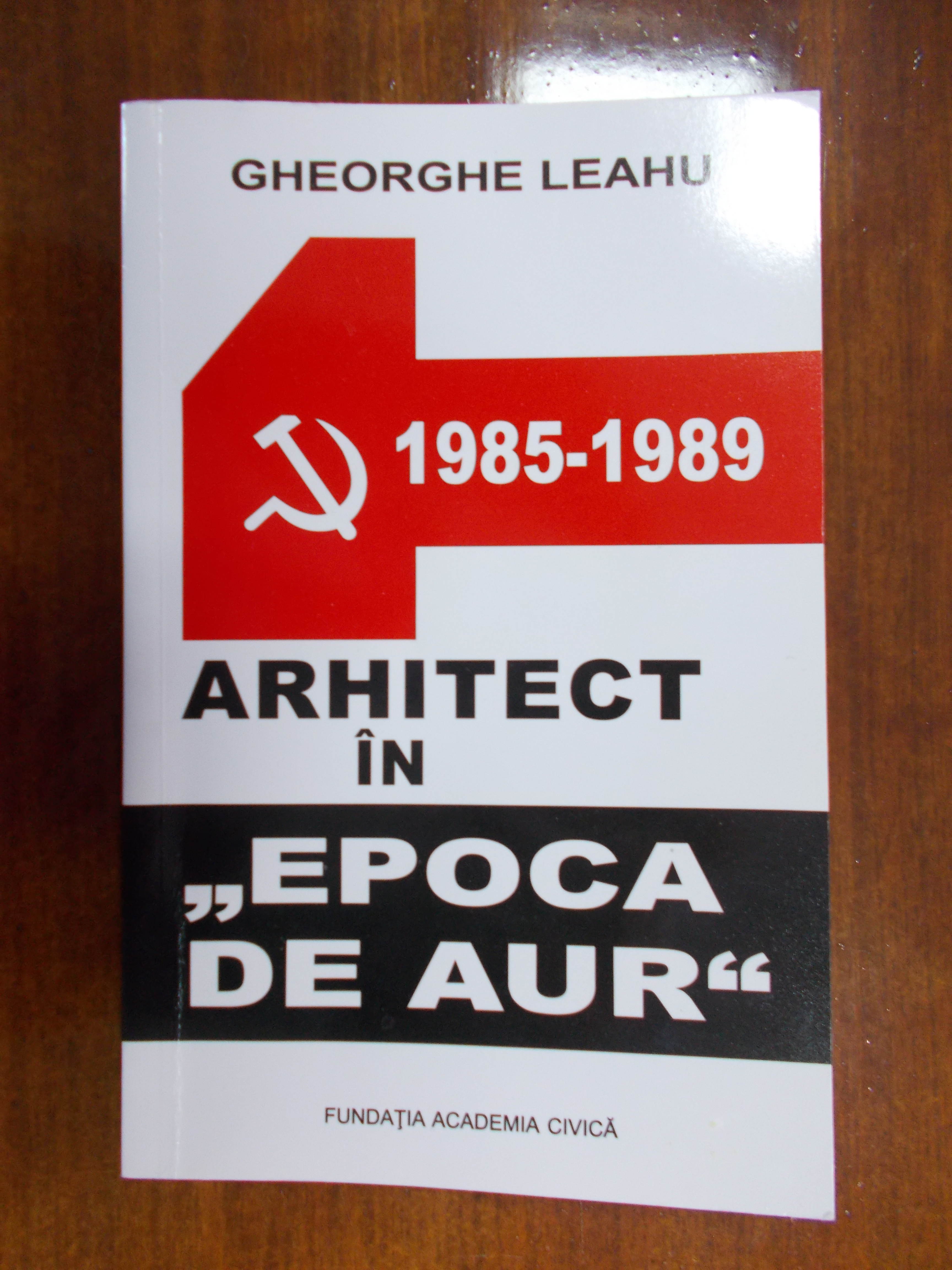 The architect Gheorghe Leahu kept a secret diary in the period 1985–1989. In view of the risk of being arrested if the diary was discovered by the Securitate, he stored it in his garage, in a black cover, under some spare tires. After work, Leahu would write in this diary about aspects of his daily life and personal impressions. In the context of an increasingly repressive regime during the 1980s, this was a way of venting an intellectual’s resentments in communist Romania. In his diary, Leahu reported in detail on the severe shortages which affected everyday life in Romania in the 1980s, on the absurdity of the policies of Ceauşescu’s regime, and on the ridiculous nature of the official propaganda, especially the cult of the dictator’s personality.
Leahu was very critical of the regime in the pages of his diary. According to these notes, day to day life in Romania in the 1980s had become a fight for survival, a desperate struggle for food and other consumer goods, and professional activity, a long line of humiliations, caused by the arbitrary and absurd interventions of the holders of political power in the activity of architects. He also constantly criticised the policies of urban restructuring of the capital. In one of the passages dealing with this topic, Leahu noted the effects these policies were having on the identity of the city, but also on everyday life: “Old buildings are being demolished at an infernal pace, many new low-quality buildings are taking their place, the city is losing its personality, it is being completely transformed, the blocks of flats are steamrolling over entire neighbourhoods with gardens and backyards and decades– or centuries-old trees. Instead of life in a quiet backyard, we squeeze into blocks of flats like worms on the vertical, subject to barbarous austerity measures, with hot running water only five times a week, for two hours, always in the cold during the winter, we are becoming depersonalised like soldiers of a blind army of workers” (Leahu 2013, 56). The diary, published in 2005 by the Civic Academic Foundation under the title: Arhitect în “Epoca de Aur” (Architect in the “Golden Age”), constitutes a valuable historical source of information concerning everyday life in Romania in the 1980s. The content of the diary and the conditions in which it was written reflect the atmosphere of generalised fear, frustration, and helplessness in which many Romanian intellectuals were living in the 1980s.

Panaitescu, Alexandru. 2012. De la Casa Scânteii la Casa Poporului. Patru decenii de arhitectură în Bucureşti 1945–1989 (From the House of the Spark to the House of the People: four decades of architecture in the city of Bucharest, 1945–1989). Bucharest: Simetria.