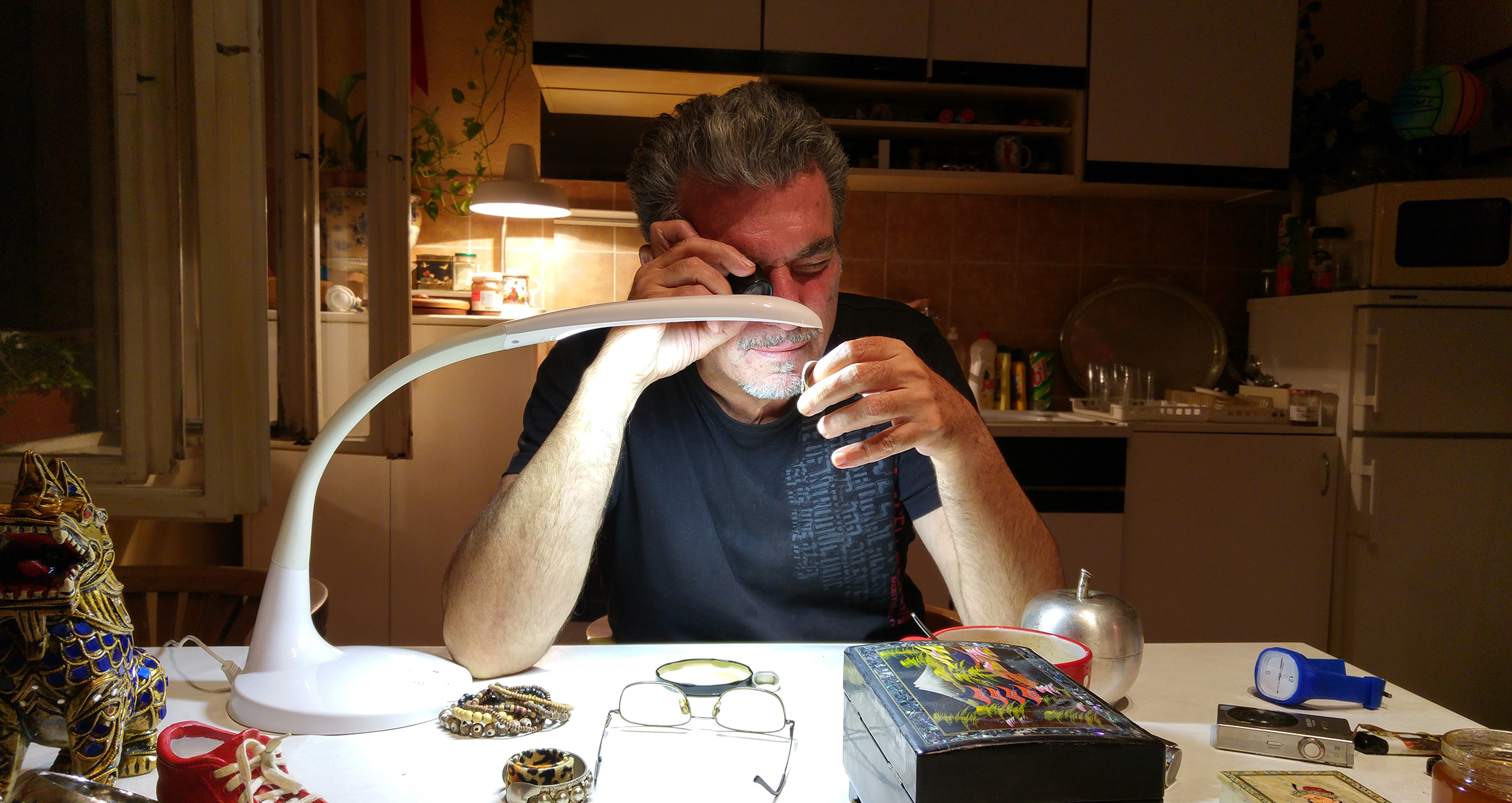 Painter. Graduated from the High School of Applied and Fine Arts in 1971, and the Academy of Fine Arts in 1979. His photorealistic paintings, created in a media conscious manner, made him known at the beginning of the seventies. In the middle of that decade he participated in the events and performances created by the Rózsa Group (named after the espresso café located across from the academy).

His self-made sunglasses with calligraphic tracing (presented during protests in 1978) advanced the spirit of the new wave. At the beginning of the eighties he collaborated with János Vető, creating radical, uninhibited “social-impressionist” works evoking the worlds of graffiti and children’s drawing, appropriating the cultural-political icons of the time, and arranging them into unusual constellations. With these pictures and installations, they debuted the new wave program.

After a mystical experience he turned toward religions at the middle of the eighties. His works created in these years luxuriate in color, drawing on transfigured and reinterpreted Buddhist, Hindu, and Catholic symbols.

As a parallel layer of his painterly oeuvre, he did a series of small paintings verging on caricature, often turning into picture puzzles or jokes reversing the existing political system. Around 1999 he returned to photorealistic depiction, painting the protagonists and objects of his personal life in large format, after photographs, aiming towards sometimes lively, in other cases timeless or symbolic portrayal.

His retrospective exhibition was presented at the Ernst Museum in Budapest in 2007. He received the Munkácsy Prize in 2012.