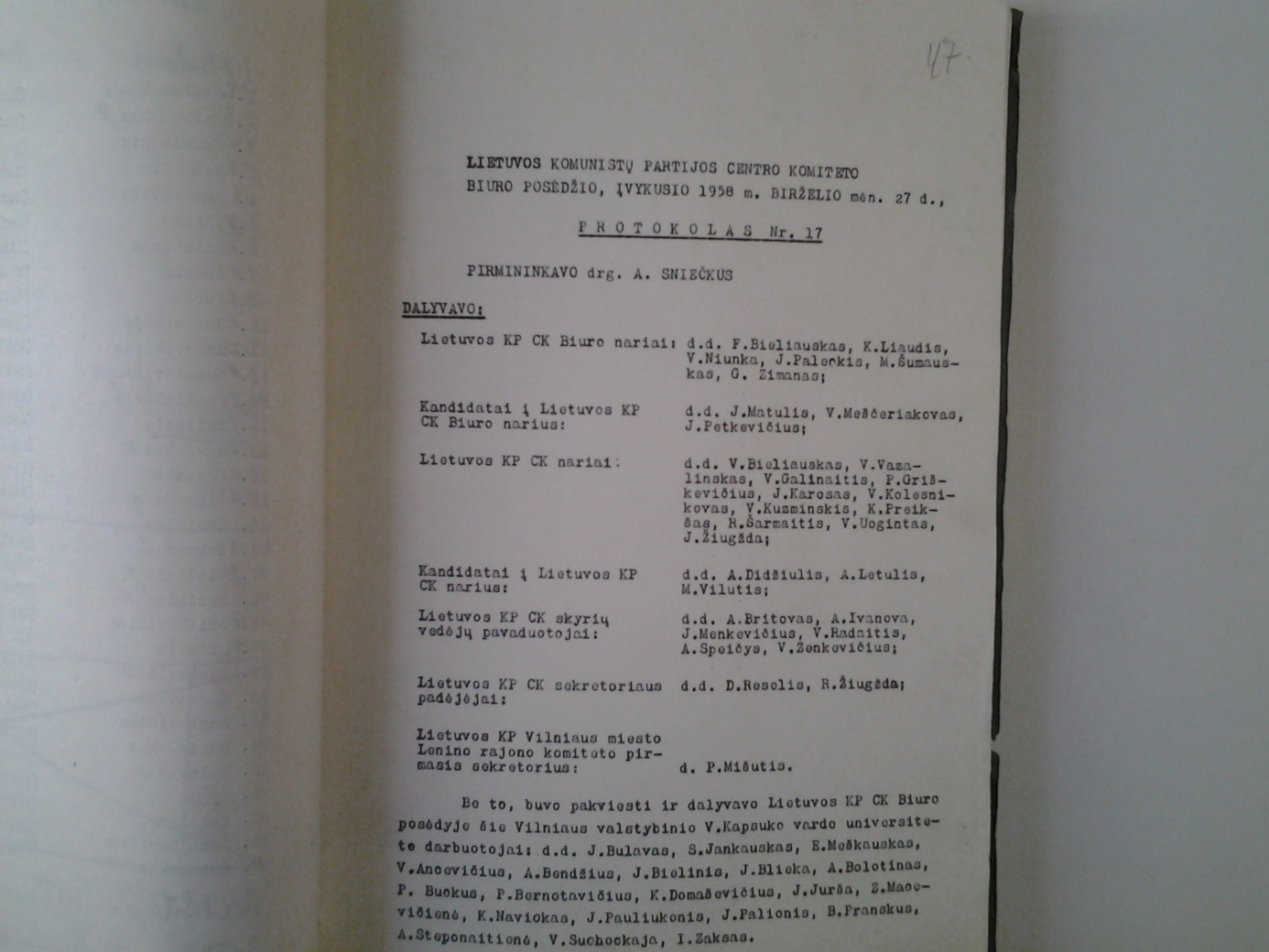 The protocol describes a meeting of the Central Committee Bureau in 1958 at which Juozas Bulavas was accused of bourgeois nationalism, dismissed from his post and expelled from the Party. While he was rector of Vilnius University, Bulavas decided to start more groups for Lithuanian students and close groups for Russian students. After this decision in 1958, he was accused of ignoring the ‘principle of proletariat internationalism’ and of ‘bourgeois nationalism’. He was fired from his job, and in 1959 he was expelled from the Communist Party. He worked in a scientific institute as a researcher. Bulavas was a loyal supporter of the communist regime, but he believed that de-Stalinisation created opportunities for policies more favourable to the Lithuanian nation and its culture. His story illustrates very well the fact that the de-Stalinisation policy had clear boundaries, and the Party leadership determined what was permissible and what was not.