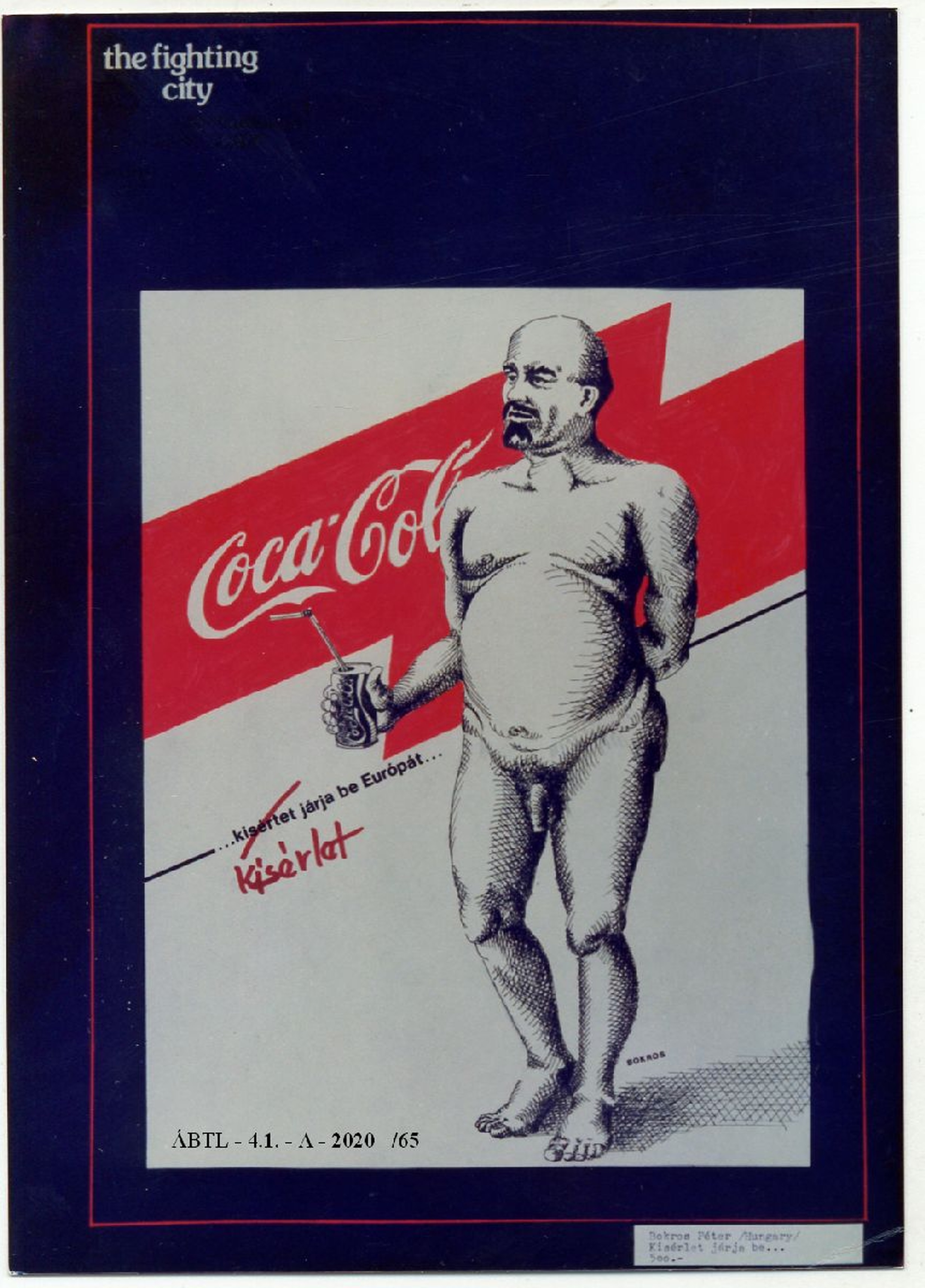 The depiction by Péter Bokros shows the figure of Lenin, naked, with a Coca-Cola in his hand. The subtitle cited an altered version of the first sentence of the communist manifesto by Karl Marx and Friedrich Engels. Instead of the original opening sentence of the manifest, the infamous lines “A spectre is haunting Europe,” he wrote “An experiment is haunting Europe.” The graphic was created for the exhibition of Inconnu entitled “A harcoló város/The Fighting City, 1986,” which was a commemoration of the 30th anniversary of the Hungarian Revolution. This artefact, like the other items which were going to be put in display in the exhibition, was confiscated and destroyed by the political police. We know this from the photo documentation made by the secret security forces.