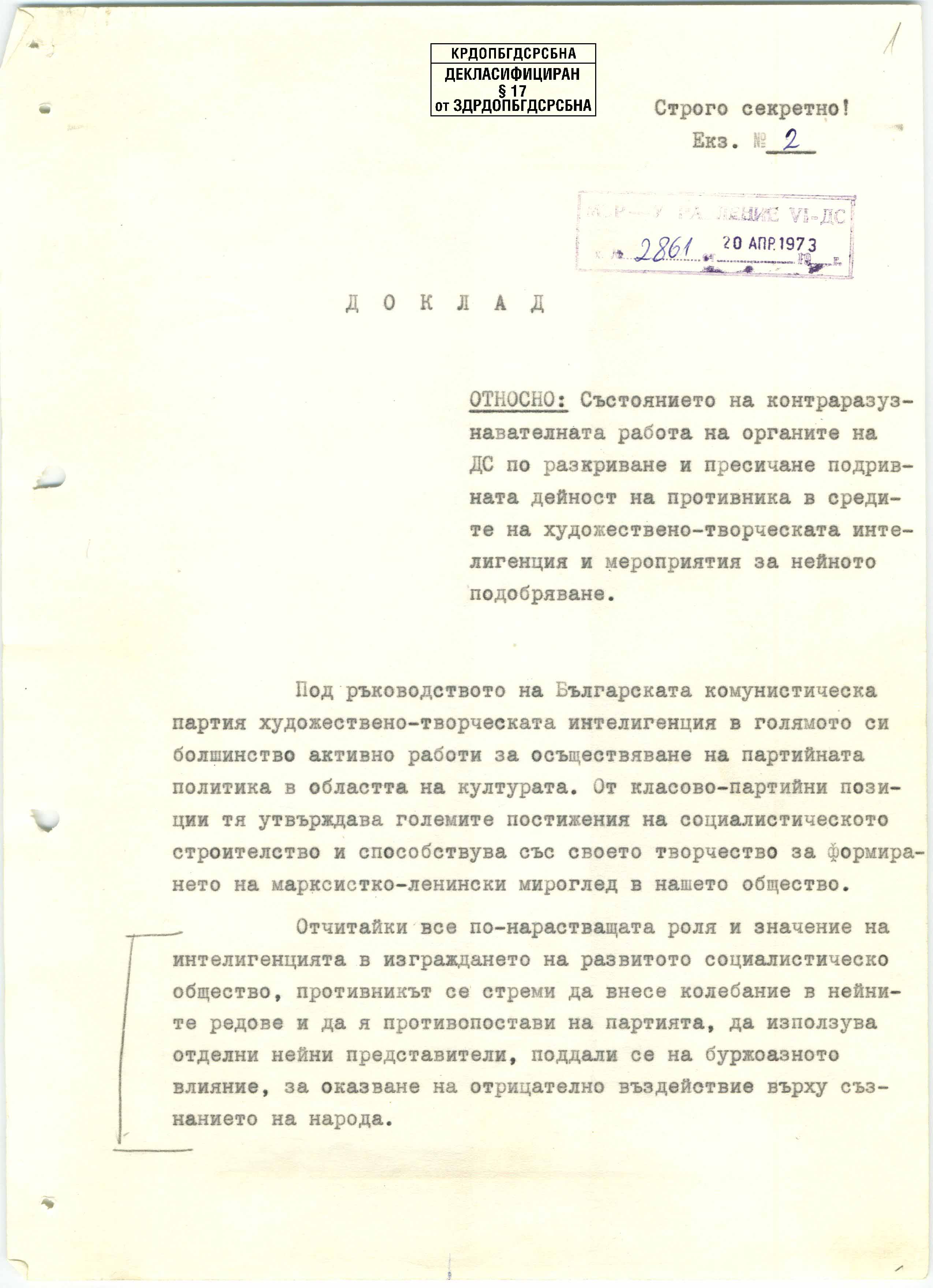 Report "The status of counter-intelligence work of the State Security to unveil and suppress the subversive activities of the enemy among the artistic intelligentsia and measures for its improvement", Sofia, April 20, 1973.

The report presents the state security's vision of how "the enemy" tries to win over wavering members of the artistic intelligentsia (whose majority is said to support and promote the party line). It is reported that among the intelligentsia groups of friends are formed in so called ‘microstructures’ opposing the policies of the party. Typical examples of this are said to be the writers Hristo Ganev, Valeri Petrov, Marko Ganchev, Gotcho Gotchev and Blagoy Dimitrov. The report is a good example for the assessment of the political attitudes of the intelligentsia by the state in the early 1970s, and also of the way how such assessments were rhetorically framed.