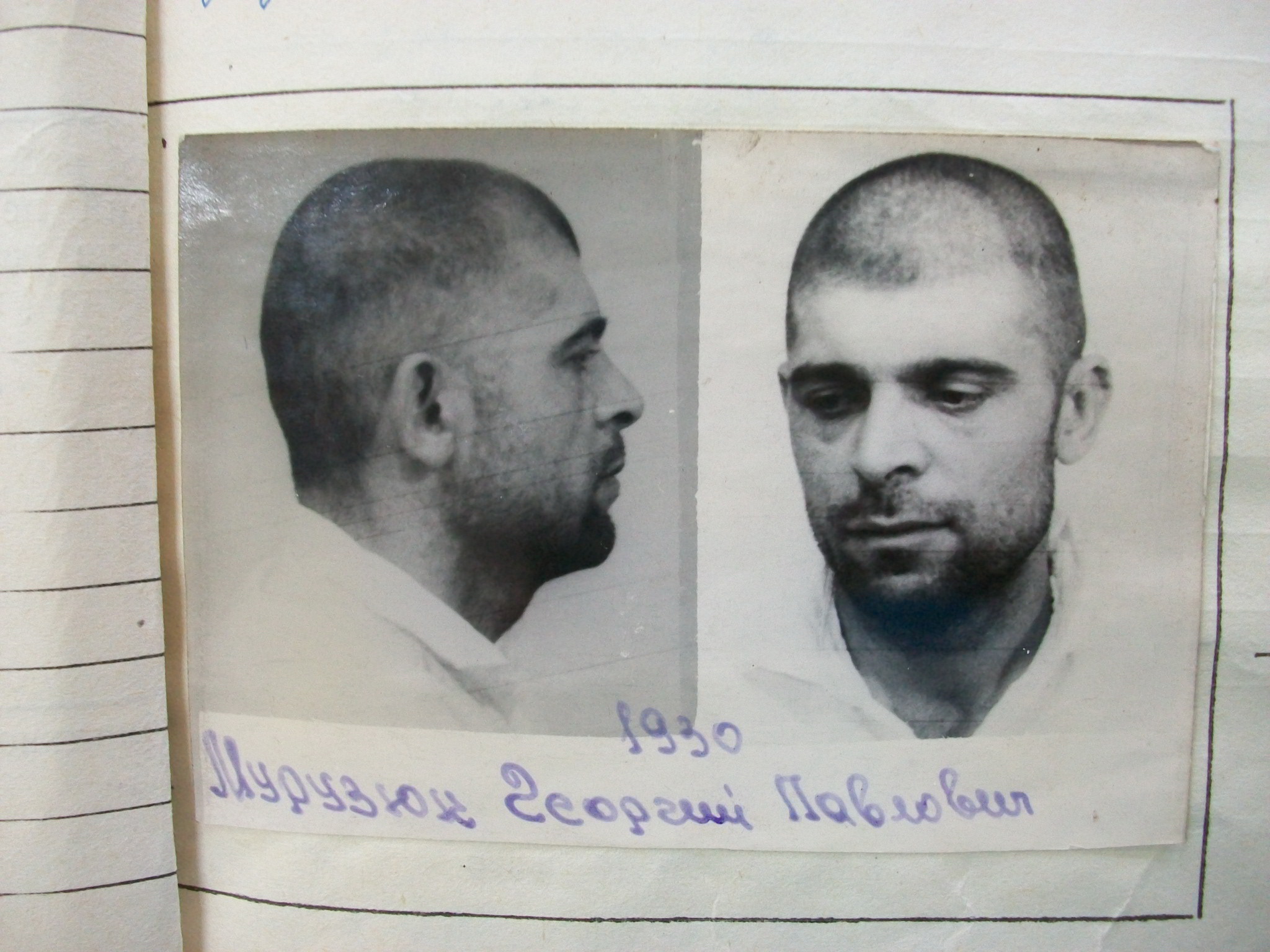 Gheorghe Muruziuc (b. 19 November 1930, Fălești; d. 25 September 1998, Bălți), completed four grades in a Romanian primary school and then pursued his incomplete secondary education under the Soviet school system. Probably due to this mixed schooling experience, he acquired a Romanian national consciousness. In 1949, he was forcibly mobilized to the coal mines in Novoshakhtinsk, Rostov on Don region. He became a high-skilled electrician and returned to the MSSR in the early 1960s. He participated in the construction of the sugar factory, and in 1963 he was hired as an electrician at the same plant. In the early 1950s, while in Abkhazia, he married a woman of Tatar origin. Muruziuc initially tried to sew and publicly display a Romanian flag on 12 June 1966, on the occasion of elections to the Supreme Soviet of the USSR, but he was apparently prevented from doing so by his wife. However, on the night of 27/28 June 1966, when the Soviet authorities were preparing to celebrate the twenty-sixth anniversary of  “Moldavia’s  liberation from the Romanian capitalist and bourgeois yoke” (as the events of June 1940 were commonly labelled in official Soviet parlance), he raised the Romanian tricolour on the chimney of the sugar factory in Alexăndreni at about 4,30 am. When the day broke, the Soviet authorities panicked and sent representatives of all relevant institutions to descend upon the factory: the district militia, the local and district party committee, the administration of the factory, and the KGB from Bălți and Chişinău. Muruziuc held out for five hours on the roof of the factory, more precisely on the 45m factory chimney. All sorts of officials tried to persuade him to descend, but those who tried to climb on the roof were discouraged by Muruziuc, who used a batch of bricks and cement fragments to drive them away. After five hours, during which the whole village was discussing Muruziuc’s action, he decided to climb down. He was immediately interrogated by the local prosecutor, and on 30 June his case was discussed in an open party meeting at the factory. It is important to note that he had been a candidate member of the CPSU since March 1966. During the party meeting, he reiterated his position, refusing to resort to self-criticism. In fact, he asserted that “Moldavia should only exist for Moldavians, and persons of other nationalities should pack their suitcases and leave Moldavia’s territory.” He also voiced his opinion that “the Moldavian Republic should leave the USSR according to national criteria.” Significantly, both during this meeting and later interrogations, Muruziuc claimed to speak for the “whole Moldavian people” and to be defending its interests, ostensibly neglected and ignored by the Soviet authorities.

He was arrested on 3 July and officially accused of “fomenting national hatred and undermining the national and racial equality” of Soviet peoples. He was also accused of disturbing public order (“hooliganism”) due to his behaviour during the factory incident. During his interrogations at the KGB headquarters in Chișinău, the changes in his testimony prompted the KGB officials to suspect him of being mentally ill. He was scheduled to undergo a detailed psychiatric assessment and was hospitalized in Costiujeni psychiatric hospital, near Chişinău, for twenty-four days. Interestingly, the punitive medical system, frequently used in the USSR to silence dissenting views, failed in this case. According to Muruziuc’s later claims, he was helped by one of the doctors, who advised him to avoid taking the prescribed medicine and thus remain sane. After that, the KGB investigated him for several months in a row, and interviewed a large number of witnesses (family members, co-workers, factory officials, acquaintances, etc.). In November 1966, he was sentenced to two years of incarceration in a labour camp in Ivdel, situated in Sverdlovsk region in the Urals. He was released before completing his sentence, in March 1968 (after one year, nine months, and ten days). He displayed dignified behaviour during the trial, and stated openly what he thought, in particular that Moldavia was being robbed of its resources and that Moldavians (that is, ethnic Romanians) were being discriminated against by the Soviet authorities. Moreover, Muruziuc advocated the MSSR’s breakaway from the USSR and the settlement of the national problem either by creating an independent state or by uniting with Romania. At a certain moment, he was encouraged to leave for Romania together with his family, probably because the Soviet authorities realized that he was “incorrigible” from an ideological viewpoint. However, Muruziuc turned down the offer, saying that he wanted to remain in the MSSR, where he was born. Upon his return from the labour camp, the KGB offered to provide him with an apartment in any city of the MSSR, but he categorically refused and insisted on living in Alexăndreni. It was only years later, when his children were grown up, that he moved to Bălţi, the largest city in the northern part of the republic. His family suffered a lot, as the authorities harassed them while he was missing in 1966–1968. Some workers of the sugar factory were instigated by their chiefs to label Muruziuc’s family members “fascists.” When Muruziuc returned from prison, he insisted on being hired at the sugar factory again. Although the authorities refused at first, he ultimately got his old job back. He later worked for a construction firm in Bălți and remained critical of the regime. He was legally rehabilitated on 11 March 1991, when the Moldovan Supreme Court annulled his sentence and closed the case against him.