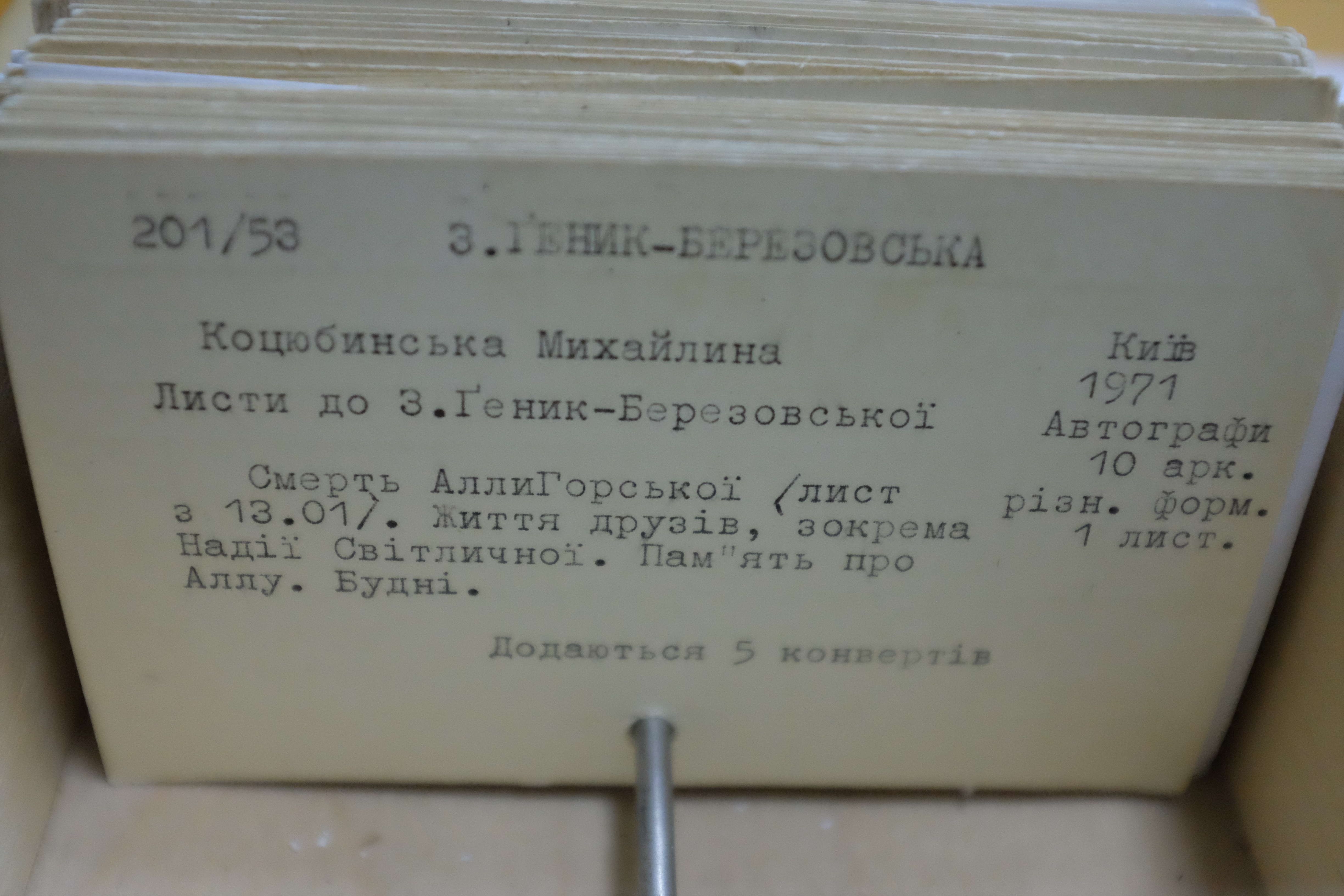 The year 1971 was a difficult one for the Ukrainian sixtiers movement. in November 1970, Alla Horska-the artist known as the "soul of the sixtiers movement-was found dead, killed by blunt force trauma to the head in her father in law's apartment. She had gone there to retrieve a sewing machine and never returned.

In a series of letters Mykhailyna Kotsiubynska wrote in 1971 to her friend in Prague-Zina Genyk-Berezovska-we learn more about the circumstances surrounding Horska's death, in particular its impact on her close friends and colleagues, most of whom had been under surveillance for a number of years and/or had been arrested and imprisoned. In a letter from January 13, 1971, Kotsiubynska writes that Horska's death was "so wild, so frightening, so unexpected" that it left their community shaken. She goes on to say that Alla's husband Viktor Zaretsky suspected that something had gone wrong but could not bring himself to enter his father's house alone. He asked Nadia Svitlychna to go to Vasylkiv and find out what happened. Svitlychna did go, together with Yevhen Sverstiuk. Horska was discovered dead in her father-in-law's house, while the latter was found on train tracks near Fastiv, decapitated and also dead. After a quick forensic analysis, the authorities determined that these gruesome deaths were the result of a domestic dispute and closed the case.

Kotiubynska processes the revelation that Horska had been killed by her father-in-law. Although many people did not believe this version of events, Kotsiubynska writes, with some sadness, that there were no concrete facts pointing to another assailant, adding that even those closest to Alla--Zaretsky and Svitlychna--did not seem to doubt the official version of events. Lamenting her own expulsion from the Institute of Literature, she adds: "By the way, the Ukrainian Artists Union reinstated Alla after her death. Perhaps, I too should die?"

In a letter dated June 28, 1971, Kotsiubynska writes again about Horska, this time indicating that there was a new version of what happened. The consensus had shifted, a reevaluation of the evidence suggesting that both Horska and her father-in-law had been killed by an unknown assailant who had not been identified. Alla Horska's murder remains unsolved and unresolved to this day.