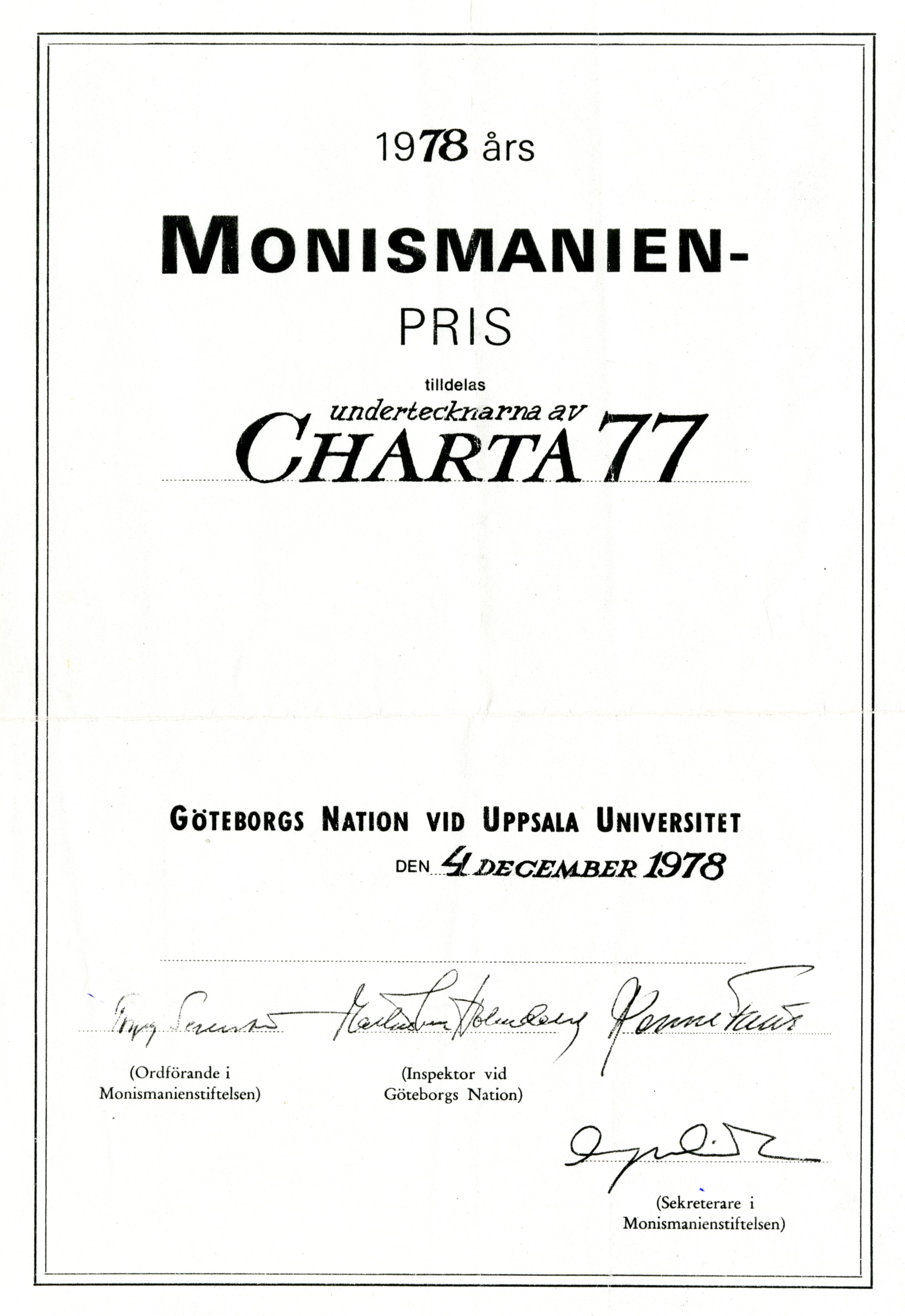 The Diploma of the Monismanien Cultural Prize, inspired the foundation of the Charter 77 in Stockholm. The foundation was founded on the initiative of writer Vaclav Havel after the Charta 77 civic movement was awarded the Monismanien Prize for "its struggle to promote the fundamental human right to freedom of expression." On behalf of Charter 77, he took the prize at the University of Uppsala on December 4, 1978 from the hands of its rector, Professor Frantisek Janouch, who read the letter of the spokesmen of Charter 77 Václav Havel and Ladislav Hejdanek. The prize, which was subsidised with a sum of 15,000 Swedish crowns, was used to set up a fund to support the Czechoslovak citizens, persecuted for their participation in Charter 77, and families of Czechoslovakia. On the occasion of the Monismanien Prize, a call was made to the Scandinavian and international public asking for support for the persecuted opponents of the communist regime in Czechoslovakia. After a successful response, it managed to get more money from private donors and organisations. Thus, this supportive activity was formalised and the Charter 77 Foundation was founded, which until 1989 supported the Czechoslovak opposition. The foundation was led by Professor Frantisek Janouch throughout his life. The diploma of the Monismanien cultural monument in Sweden is only a copy in the collection, the original was probably sent by the Charter 77 spokesperson to Prague.