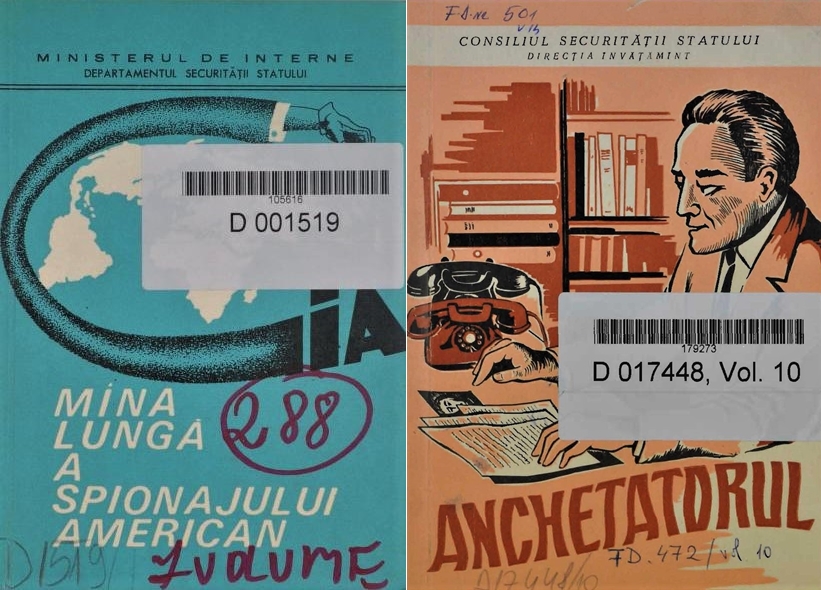 The brochure Infiltrarea: Cazuri de folosire a acestei metode ofensive de muncă pentru cunoașterea, prevenirea și contracararea acțiunilor îndreptate împotriva securității statului (Infiltration: Cases of the use this offensive method of work for the knowledge, prevention, and countering of actions directed against state security) is a top-secret publication of the Ministry of the Interior that was used for the professional training of Securitate personnel. The booklet deals with one of the main methods used by the Romanian secret police in its mission of annihilating the potential actions of all those who were suspected of “hostile attitudes” towards the communist regime: the so-called infiltration of an informer. Infiltration basically means the insertion of an informer (or an undercover officer) into the immediate personal entourage and/or the professional milieu of the targeted victim. According to the definition included in the brochure, infiltration refers to establishing a relation between the informer and his/her target that aimed at winning the trust of the latter in order to fulfil the former’s “informative-operative tasks.” The brochure also describes how the Securitate officer should prepare the infiltration by paying attention to the personality of the target, selecting the most appropriate informer in accordance to the profile of the target, and carefully preparing him/her for a successful infiltration. Another section deals with the practical problems that might occur during the infiltration. These refer to the supervision of the infiltration by the Securitate officer and the collection of information from his/her “source.” The last part of the brochure focuses on the cases in which not an informer but an undercover Securitate officer is required to infiltrate a particular target. These theoretical notes were followed by four annexes in which four cases corresponding to four different methods of infiltration are described in detail. One of these cases refers to the successful infiltration of a group of young Romanian German writers who in 1972 in Timișoara established the literary circle known as Aktionsgruppe Banat. Although the text used pseudonyms and omitted the name of the group, the general information provided allows a researcher to discern that the case under debate is that of Aktionsgruppe Banat. The brochure describes the problem faced by the Securitate, which directly derived from the functioning of this informal circle without formal approval that led to the production and dissemination of writings critical of the “realities of socialist Romania,” as some sources interpreted these for the secret police. Following a failed attempt at recruiting two of the literary group members as informants, the Securitate decided to infiltrate an outside informer into the group. The text describes how the officers carefully selected the informer, nicknamed “Gruia,” on the basis of his common professional background and interests to the target, “Otto Wilhelm,” one of the members of the non-conformist literary group. The text also underlines how the informer was trained to initiate the first contact with his “victim,” and how they became friends given their shared interest in literature and the alleged common experience of being marginalised by the communist regime due to their non-conformist stances. The success of the infiltration was unquestionable as not only did the target, “Otto Wilhelm,” invite “Gruia” to attend the meetings of the literary circle, but he also entrusted some of his manuscripts to him to read. The brochure does not state this, but this informer must have decisively contributed to the formal dismemberment of Aktionsgruppe Banat after the arrest of four members in 1975.