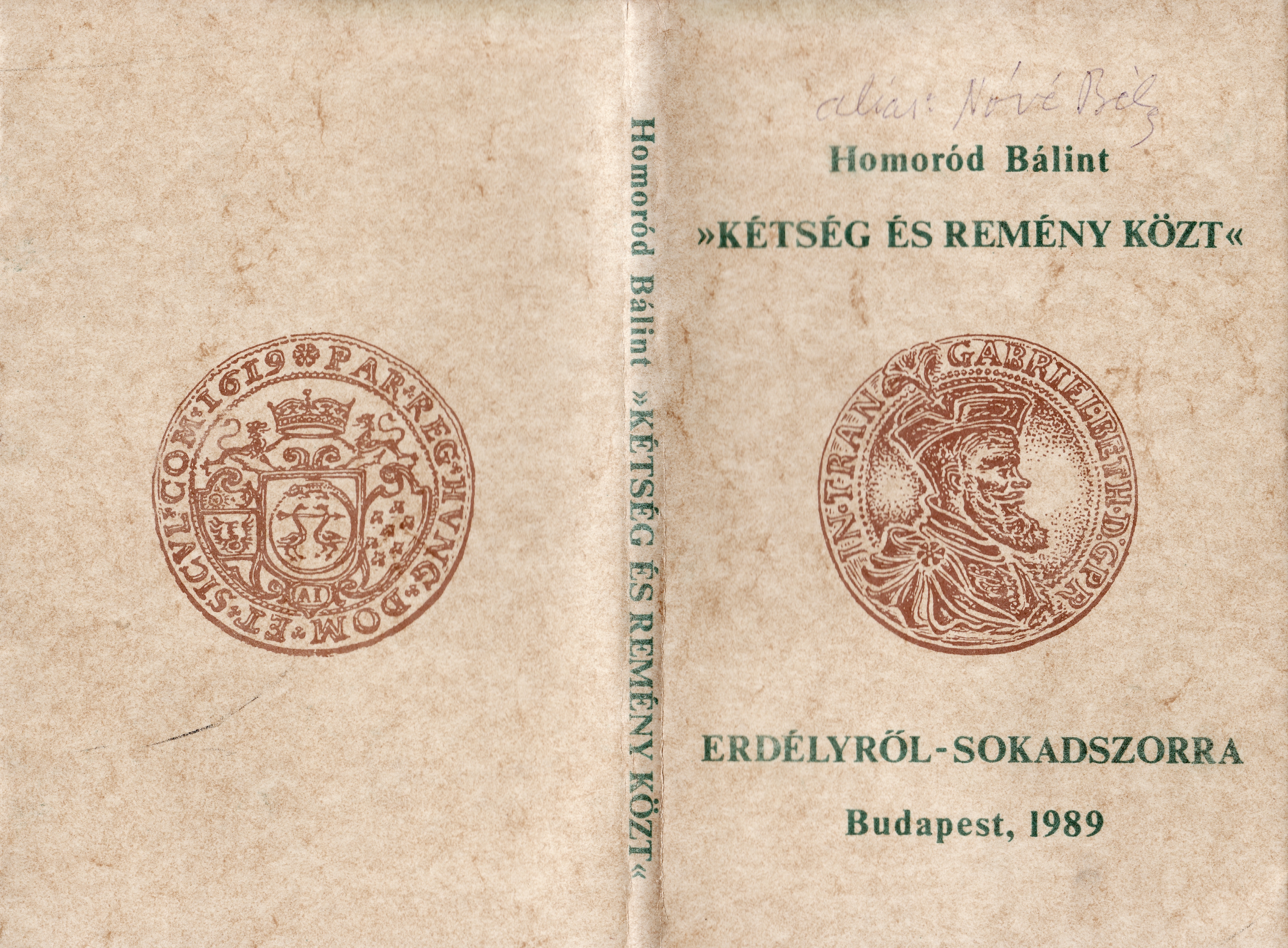 In May 1989, under the pen name Bálint Homoród, Béla Nóvé published a book of selected articles, pamphlets, translations and documents entitled, Hopes and Doubts. Once Again on Transylvania. Five hundred copies were printed of the small booklet, which was designed and illustrated by the author. It contains a number of articles and documents previously published in Deadline Diaries - Transylvanian Monitor, along with fresh reports, news and timely documents on the deepening Romanian refugee crises, new goverment restrictions on minority language use, education, and culture, as well as the plans to demolish thousands of Transylvanian villages. It included the author’s translations of Amnesty International and International Helsinki Federation reports on human rights violation in Ceausescu's Romania, and Karl Joachim von Schwarzenberg's testimony before the European Parliament. As he argued in the bilingual summary:

The author is well aware of the hard situation today in Romania. Being a Hungarian with many close contacts in Transylvania, he feels a deep involvement and responsibility for the 2,2 million Hungarian ethnic minorities suffering from forced assimilation under Ceausescu's rule. However, he is far from giving any chauvinistic statement against the Romanians. [...] Instead, he strongly emphasizes the need for mutual solidarity among different ethnic groups, without which, there is no peaceful and democratic solution to the present crises. [...] God save and help us all to survive in good hope these hard days in Eastern Europe.