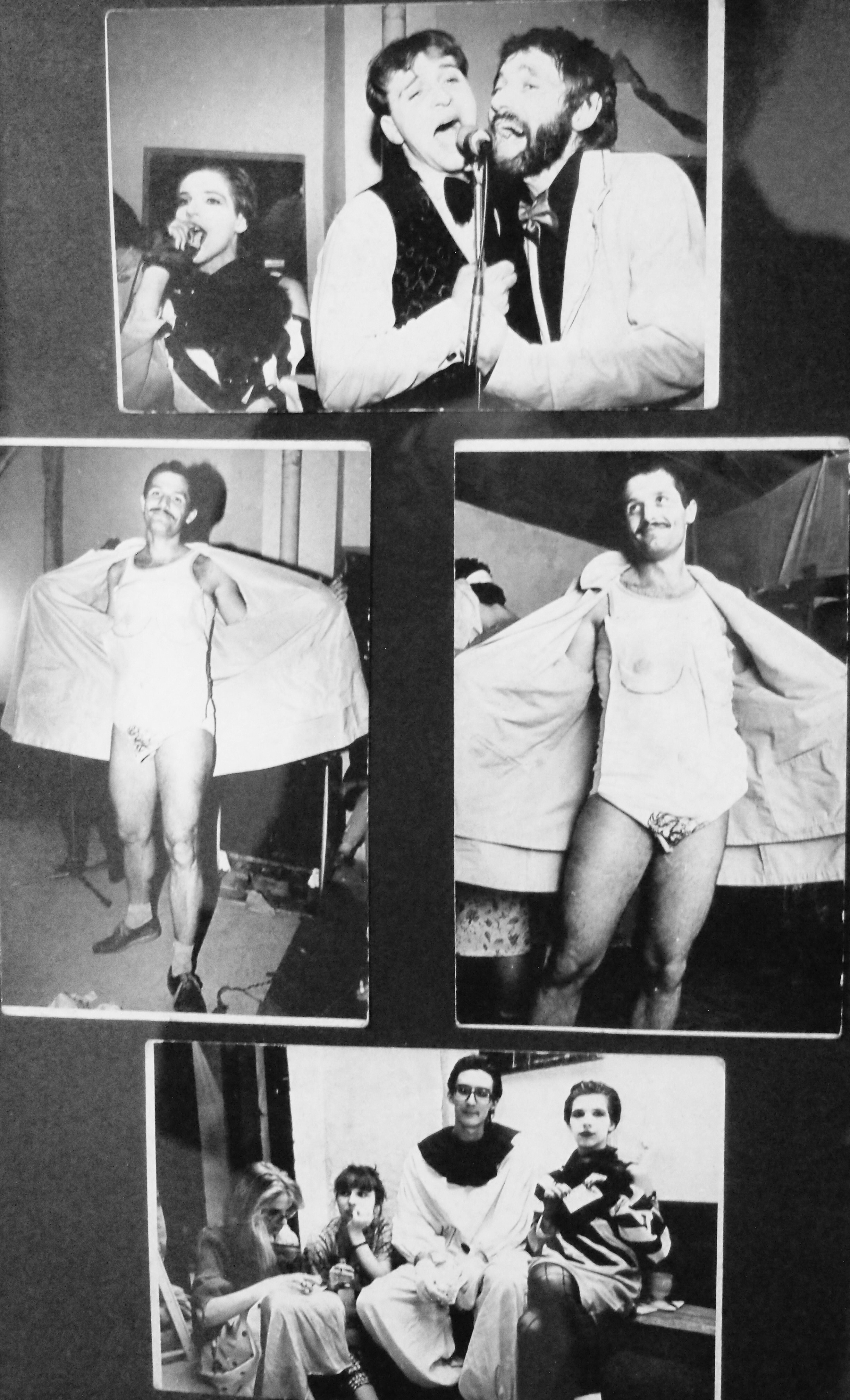 The representatives of the alternative art circle in Pécs, such as actors, puppet actors, literati, artists, filmmakers, and musicians active in the mid-1980s, often took part in gatherings at people’s residences. The pictures were made in the mid-1980s in Nagyszkokó in the loft in Attila Kálóczy’s home, which was known as the “Big Space”. Kálóczy was the guitarist for the bands PUF and “Öregek Otthona” (Old People’s Home). Theater performances, concerts, reading nights, performances, and events linked to exhibitions were also held in other private venues, homes, and ateliers.