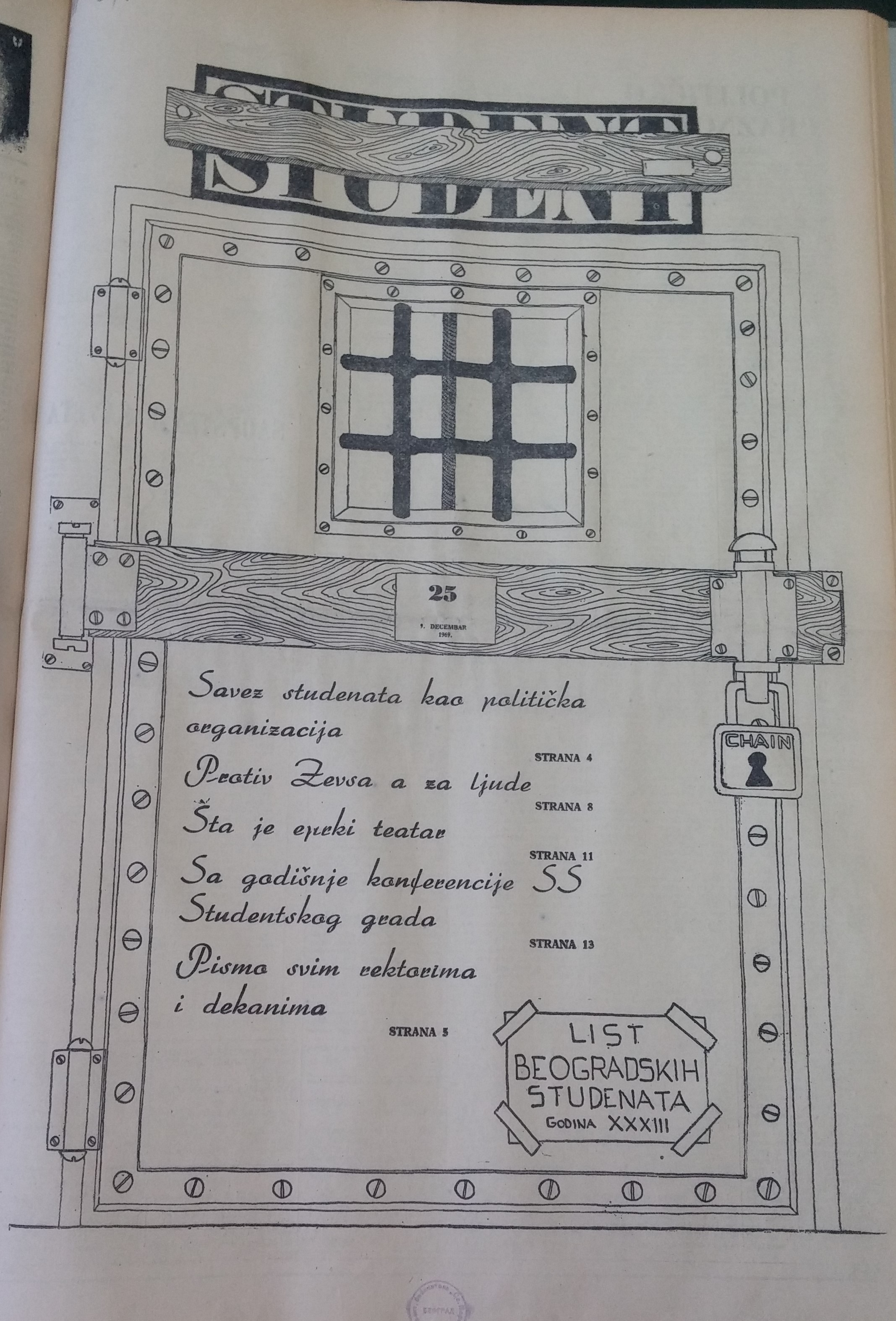 The “Student” magazine, which was often the target of party critique, found itself in a particularly difficult situation at the end of 1969. After the public discussion “Socialism and Culture” at the Philosophical Association of Serbia at the end of November 1969 (29.11.–3.12.), a final attack was launched on the editorial staff at “Student”. In reaction to this attack, issue 25 of 9 December 1969 appeared with the cover page displaying prison bars, while a nailed plank was symbolically printed across the magazine's logo – an image used to signify the closure of a company or business.  The magazine's final page showed the illustration of a man in front of prison bars with a sling around his neck – a clear allusion to the pressure the editorial staff was being exposed to. The entire edition abounded with illustrations of torture racks and methods of execution used through history, starting with the gallows to the guillotine. This all predicted the attack anticipated for the middle of December when the city committee of the League of Communists accused the editors of  “Student” of wanting to impose their perspective in the form of a monopoly on art and culture, of rejecting the revolutionary role of the League of Communists, of wanting to take over the “baton of the revolution“, while the final charge was related to counter-revolution (I. Moljković, 2008, „Slučaj ‘Student’“, 10).

As expected, the editorial staff was replaced, while the new editors were required to represent the policy promoted by the party as the “third way”, hence action that did not come close to a “position” but was also not “in opposition”. A large number of intellectuals who had defended “Student” in these debates later ended up in prison, which to a significant extent related to their commitment in this case, such as Vladimir Mijanović, Lazar Stojanović, Danilo Udovički, Milan Nikolić, Pavluško Imširovič, and others.