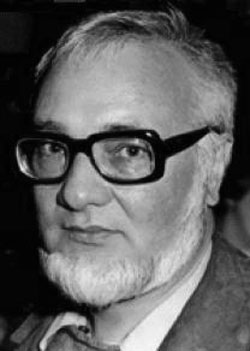 Paul Goma (b. 1935, Mana, Orhei county) has one of the longest careers as an opponent of the Romanian communist regime. However, he refuses to be labelled as such, and still less does he wish to be considered a dissident, for such concepts fail to cover what he considers to be the essence of his identity as a writer.  In this respect, his professional career did not fit the mainstream path towards literary recognition, as this was understood by the largest majority of his fellow writers in Romania. Half forcefully, half willingly, Goma experienced a career on the edge. His marginality resulted from the reactions of the authorities to actions he consciously undertook, fully aware that these ranged in the grey zone between the repressed and the tolerated. There were three occasions when Goma opted for defiance instead of compliance: (1) when he joined the student unrest of 1956; (2) when he decided to publish a novel abroad without approval from the party; and (3) when he tried to establish a human rights movement in 1977 (C. Petrescu 2013, 115–170).  As a direct consequence of his acts of defiance, he became a political prisoner under the Gheorghe Gheorghiu-Dej regime and then an open critic of Nicolae Ceaușescu’s dictatorship. Usually, former political prisoners refrained from actions which might have forced them back to a traumatic experience that they wanted to leave behind, while post-Helsinki dissidents generally belonged to a younger generation, which had escaped the Stalinist terror. In this respect, Goma is a twofold exception. His participation in the student unrest of 1956 triggered his arrest, expulsion from university, trial by Military Tribunal, and imprisonment for two years, followed by four more of forced domicile in the Romanian Siberia, the deserted region of the Bărăgan Plain (ACNSAS, Penal Fond, File P 313/1, f. 12–14). As in the case of many former political prisoners, Goma was also approached by the secret police with the proposal of collaboration, which he refused (ACNSAS, Informative Surveillance Fonds, File I 2217/ 3, f. 31).  In view of his later trajectory, such an incident sounds banal, but it is worth mentioning in order to highlight that while the option of refusing the Securitate’s offer meant neither a return to prison nor any immediate repression, it did mean perpetual marginalisation. This episode is almost simultaneous with Goma’s enrolment in the communist party, which occurred during the wave of enthusiasm in August 1968, when Ceaușescu capitalised politically by publicly condemning the invasion of Czechoslovakia by Warsaw Treaty Organisation troops. Like many other Romanians, Goma took the Romanian Communist Party for an anti-Soviet organisation and tried to support its displayed (but not entirely genuine) opposition to the Soviet Union, the country which had occupied his native region of Bessarabia (Goma 1992).

Due to this assumed marginality, Goma did not manage to publish his writings in Romania, except for a 1968 volume of short stories (Goma 1968).  Unlike other authors, Goma managed to publish his novels abroad as tamizdat without benefiting from promotion through official channels. On the contrary, he defied the censorship which had rejected his subsequent two novels. One of the main characters in Uşa noastră cea de toate zilele (Our daily door) dangerously resembled Elena Ceauşescu, while Ostinato focused on the theme of liberty, which the author, a former political prisoner, presented as an idea that consumes a group of prisoners who tackle it obsessively during their term in jail. While most writers in Romania learned to self-censor their works in order to get published, Goma decided to have them published as they were written, which was only possible across the Iron Curtain. A Romanian writer who wanted to publish abroad without approval had to be ready to risk his domestic professional career for the hypothetical chance of being accepted by a Western publisher. Besides, he had to be not only bold enough to defy the system, but also capable of finding secret ways of sending the manuscript outside the country, for border checks were very strict. With the help of an Austrian doctoral student who specialised in Romanian studies, Goma managed to get these books across the border, and in 1971 his novel  Ostinato (Goma 1971) was published by Suhrkamp. The volume was launched at the Frankfurt International Book Fair as a book censored by the Romanian communist regime and registered a tremendous and rather unexpected success. Thus, a year later, Suhrkamp published the other novel too (Goma 1972). Goma’s good reception abroad derived not only from his critical message, but also from the fortunate timing of publication. Aleksandr Solzhenitsyn’s Nobel Prize for Literature in 1970 had stirred an interest in such autobiographically inspired literature. Obviously, the publication of this novel annoyed the Romanian communist authorities greatly, while stirring up turmoil among fellow writers and apparatchiks in the field of culture. This event occurred in the context of the so-called Theses of July 1971, which reinforced ideological control over culture and instituted increasing restrictions in the free circulation of people and information across Romania’s borders in order to curtail Western influence upon Romanian authors. It was the unauthorised publication of this book that attracted Goma’s constant surveillance by the Securitate (Goma 2005, 306–309).  However, the secret police acted at that time more flexibly rather than applying sheer repression, so it allowed Goma to travel abroad at the invitation of the French publisher Gallimard in order to counteract the idea that he was persecuted for his writings. During this stay, which extended from June 1972 to June 1973, Goma made useful contacts among the Romanian exile community in Paris and managed to write and publish another volume, this time inspired from his personal experience as a political prisoner, which he entitled simply Gherla, after the name of the small Transylvanian town where he had been imprisoned between 1957 and 1959 (Goma 1976).

Although such endeavours were rather unique among Romanian writers and resulted in Goma’s even greater marginalisation, it was his third and final episode of defying the communist authorities for which he was again arrested and finally forced into exile. The events of 1977 transformed him from a writer, who was censored in Romania but successful abroad, into a dissident and a defender of human rights. What turned later into a collective protest was preceded by another of Goma’s singular acts of defiance: his personal letter addressed to playwright Pavel Kohout, one of the signatories of Charter 77, whom he had had the chance to read and thus selected as addressee. Goma’s letter expressed solidarity with the Czechs and Slovaks who had signed Charter 77 and made a telling comparison between Romanians and others in the Soviet bloc. “We are living in the same camp, in the same Biafra (capital: Moscow). You, Czechs and Slovaks, had a 1968, the Poles had a 1956, a 1971 and an ... always, the East-Germans had Berlin and Biermann. We, Romanians, do not have these landmarks. But suffering is not always proportionate to the intensity of the cry of revolt. You (as the Poles, the East-Germans, the Hungarians and the Bulgarians) are living under Russian occupation; we, Romanians, are under Romanian occupation – ultimately, more painful and more effective than a foreign one. But we live under the same yoke. ...  The same lack of elementary rights, the same mockery of the individual, and the same shamelessness of lies [exists] everywhere. Everywhere: poverty, chaos in the economy, demagogy, uncertainty, and terror.” Against this “programmatic degradation of the human being in our Stalinist ‘socialist’ societies,” Goma called for a fight using as weapon the “word, which is sharper than the blade” (Goma 1995, 56).

Goma’s personal endeavours continued with a letter to the secretary general of the Party himself. In his open letter to Ceauşescu, he invited the leader of the party to follow his initiative of publicly expressing solidarity with the Czechs and Slovaks who had signed Charter 77. In a much-quoted sentence, Goma drew the attention of his addressee to the simple fact that “in Romania, [only] two people are not afraid of the Securitate, Your Excellency and myself.” According to Goma, Ceaușescu should have joined him in endorsing Charter 77 and thus displayed “consistency with the declarations of 1968” (Goma 1995, 59). The text of this letter is both amusing and mocking; it is illustrative of Goma’s literary talent. However, this letter, as well as the previous one, illustrate that they did not have any other practical purpose than making the author known for his solidarity with the signatories of Charter 77. Otherwise, their sole effect could only have been Goma’s persecution. This is what actually happened not long after these letters were broadcast, beginning with 9 February 1977 (ACNSAS, Informative Surveillance Fonds, File I 2217/4, f. 312–315). Goma’s file of informative surveillance fully illustrates the actions designed by the Securitate in order to limit his influence. In spite of comprehensive plans to counteract Goma’s actions, he managed to collect about 200 supporters for a common letter of protest against human rights abuses in Romania, which the signatories addressed to the First CSCE Follow-Up Meeting, scheduled to take place in Belgrade beginning in 1977 (ACNSAS, Informative Surveillance Fonds, File I 2217/5, 170–170v). This was about as much endorsement as Charter 77 attracted the same year. Remarkable about Goma’s case is not only his achievement, but also the reaction he stirred. The importance given by the Securitate to his case can be inferred from the signatures on the documents in his informative surveillance file, which represent the highest possible office holders in the Ministry of the Interior, to which the Direction of State Security was subordinated in 1977 (ACNSAS, Informative Surveillance Fonds, File I 2217/6, f. 109–112). This accounts for the interpretation given by the secret police to this case, which unprecedentedly challenged this institution and mobilised an enormous amount of human resources with the purpose of collecting in the shortest possible time complex information (age, ethnicity, profession, education, place of residence, political background) about all those whom Goma contacted and those who contacted him. (ACNSAS, Informative Surveillance Fonds, File I 2217/7, f. 81–83, 89).

Goma was eventually arrested and brutally interrogated, among others by the first deputy minister Nicolae Pleșită himself. He was, however, liberated on 6 May 1977, after a rather short detention, due to massive protests by the Romanian emigration in Paris, which managed to convince many outstanding personalities to sign a petition for his release. Just few months later, in November 1977, Goma left Romania never to return, thus ending his career as a dissident in Romania and beginning that of a defender of human rights in exile. Once in Paris, he incessantly published novels which drew inspiration from his experiences as a former political prisoner and fighter for human rights in Romania. In exile, his autobiographically inspired novels found a Western publisher more easily. They returned home in the original language only after 1989. This really unusual evolution as a Romanian writer prevented Goma from becoming famous in Romania before 1989. After the collapse of communism, he quickly received recognition for his anti-communist activities, but his adamant and almost inflexibly critical attitude towards the many who had complied when he dared to defy touched almost everyone, leaving him even more marginal than before. Under communism, the marginality imposed on a writer by the communist regime meant public ignorance; after the regime change, the marginality imposed by peers attracted deliberate oblivion.