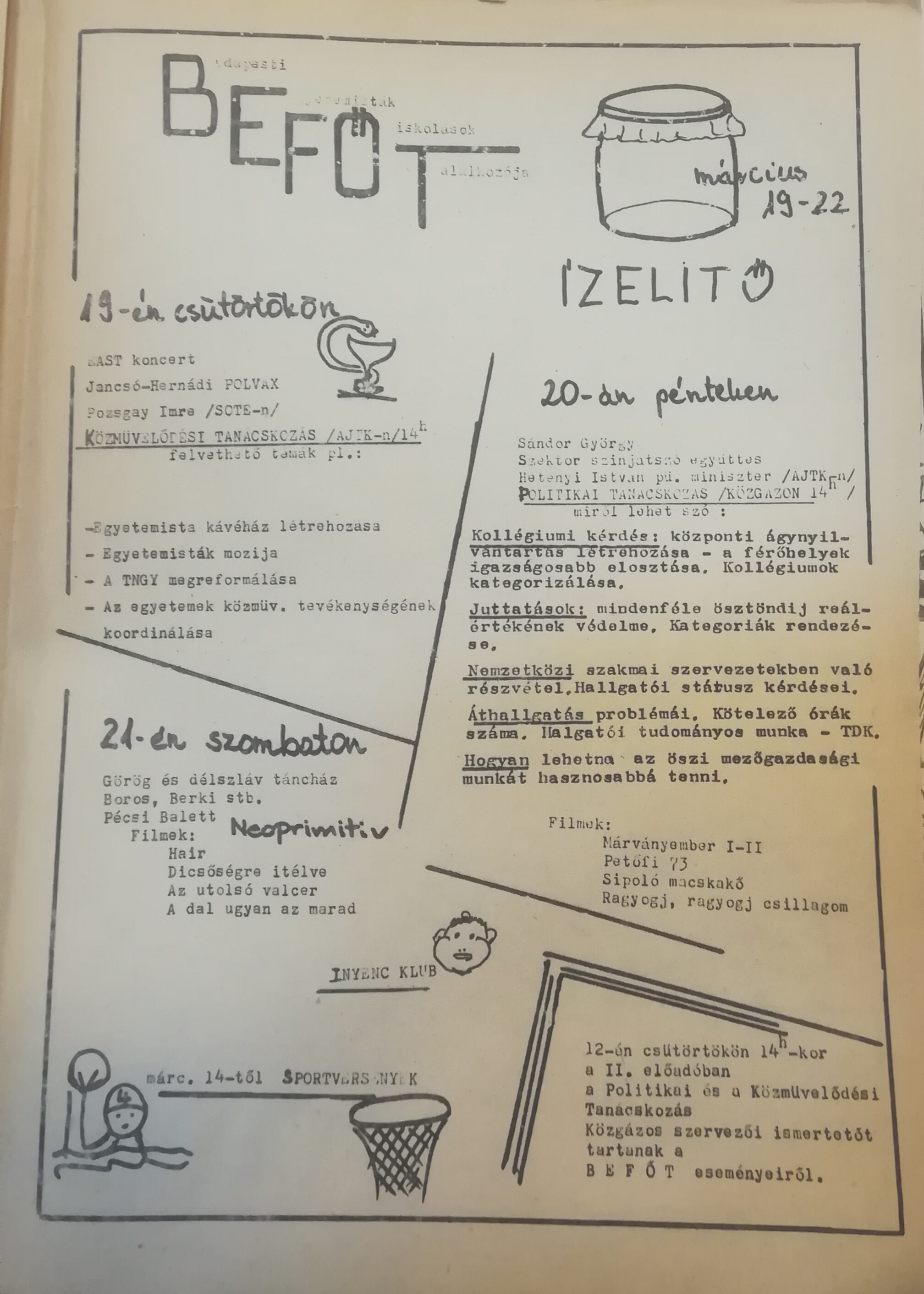 In the issue of the 11th of March 1981, Klub Közlöny informed the readers about the program of the Meeting of Students from Universities and Colleges in Budapest (Budapesti Egyetemisták és Főiskolások Találkozója – BEFŐT). The aim of the event of the 19th–22nd of March, initiated by Gyula Jobbágy, was to organize an independent forum for students of universities. We have information about the Polvax political debate club programs, and the different discussions of issues the students were interested in (colleges, scholarships, cultural activities at universities, etc.). The party leadership misinterpreted this project as an opportunity for opposition students to cooperate together and thus considered this process to be dangerous. In response to BEFŐT, the organizers were regulated, the comments were strictly limited, and the unfolding of the free debate became impossible. Because of this intervention the essence of BEFŐT was lost.