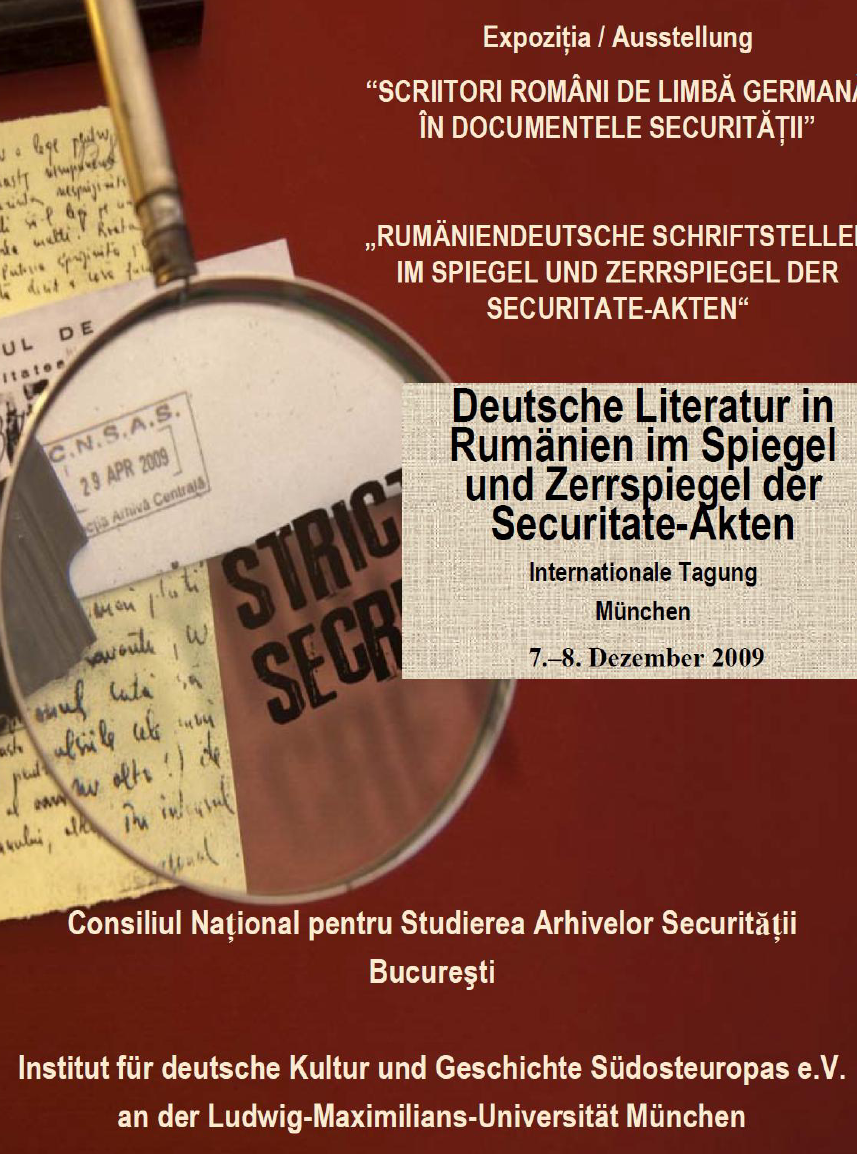 In December 2009, the CNSAS (Romanian acronym of the National Council for the Study of the Securitate Archives) organized in Munich, with the support of the Institute for German Culture and History in South-Eastern Europe (Institut für deutsche Kultur und Geschichte Südosteuropas e.V.),which is affiliated to Ludwig-Maximilian University Munich, an exhibition under the title “Romanian-German Writers in the Securitate Files.” On this occasion the CNSAS returned to William Totok the two notebooks with drafts of poems which had been confiscated illegally by the secret police in June 1975 and archived in the criminal file created by the Securitate on his case. This restitution was based on a post-communist legal framework which aimed at rectifying the wrongdoings of the communist regime (D. Petrescu 2017, 125–136).