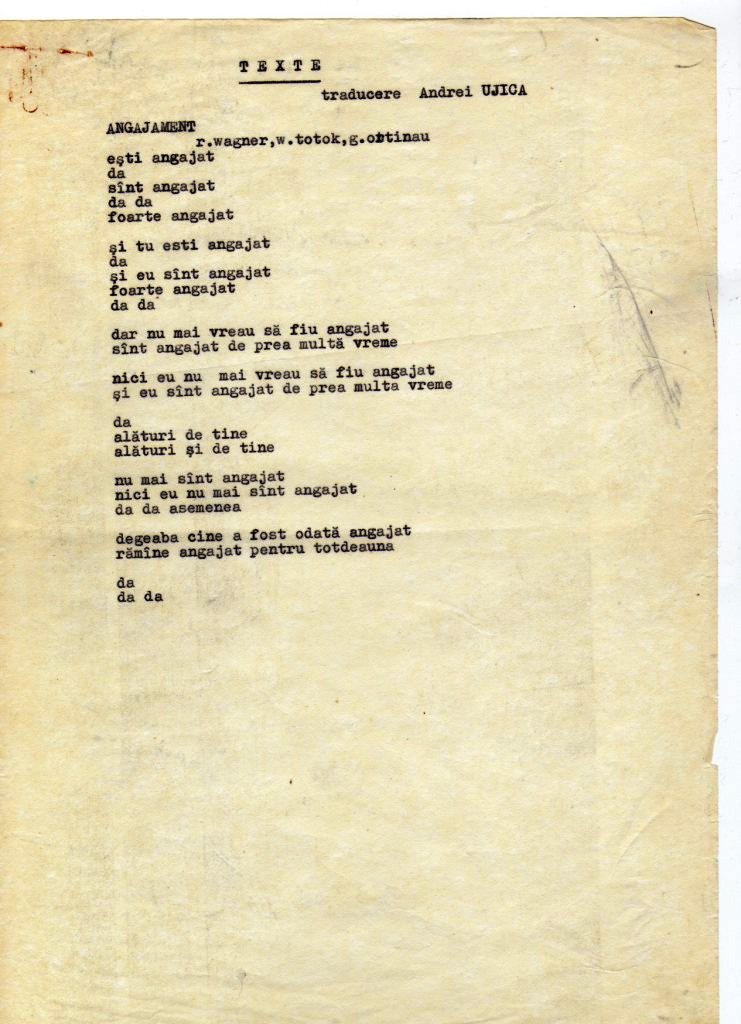 According to the testimony of the Aktionsgruppe Banat members, the poem was the collective work of the entire group, which they assumed and published as such (Totok 2001, 22). The text was sent for publication in Romania in 1974, but the censorship prevented it. It was first published two years later in a changed form in the West German cultural magazine Akzente: Zeitschrift für Literatur (No. 6/1976; Totok 2001, 22–23).

The poem uses wordplays to suggest the omnipresence of coercion in the society they lived in and it represent a subtle critique of the state–citizens relation in Ceaușescu’s Romania. The authors played with the meanings of the German word Engagement which in the poem could be understood both as employment and (ideological) commitment. In the second part of the poem, the authors suggest overtly and ironically the coercive character of the state–citizen relation in the society they lived in and the impossibility of the latter modifying this relation either in ideological or in practical terms:

“I’ve been engaged for too long

I don’t want to be engaged anymore

I have also been engaged too long

I am no longer engaged

I am not engaged either

yes yes, me neither

in vain, who was once engaged