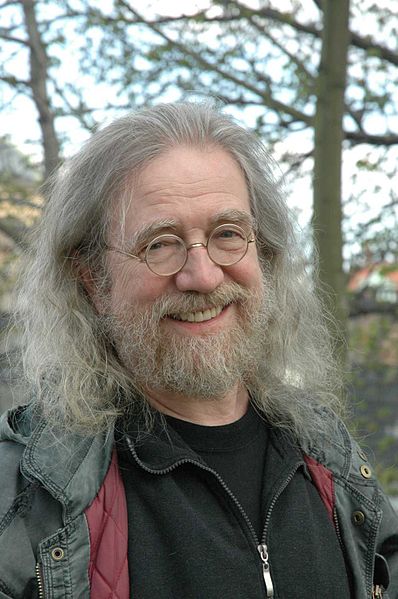 Jaroslav Hutka was a Czech folk musician, writer and signatory of Charter 77. He studied at the Academy of Applied Arts in Prague from 1962–1966, however he did not finish his studies. After leaving the academy, he became involved in music. He performed solo or with other folk musicians (e.g. Vladimír Merta and Vlasta Třešňák). In 1972 Hutka founded the music association Šafrán with like-minded musicians, which operated for six years. Under this name, a record label producing songs by banned Czechoslovak musicians was also founded in exile. After signing Charter 77, Hutka was prevented from performing publicly and was forced to leave Czechoslovakia in 1978. He settled in Rotterdam where he founded the Fosil record label (1986), producing mostly his own songs. He spent the final phase of his exile in Cologne (1988–1989). In Czechoslovakia Hutka published his texts in samizdat volumes. After his forced emigration from Czechoslovakia, he contributed to Czechoslovak exile periodicals (e. g. Listy, Zpravodaj, Obrys) and collaborated with Radio Free Europe.

In November 1989 he returned to Prague and was one of the most important musicians of the Velvet Revolution. He also continued writing music and literature, which included a critical social tone regarding the newly establishing society. He published several books. He also co-operated externally with Czech Radio and Czech Television. In 2012, he received an award from the Institute for the Study of Totalitarian Regimes for the Freedom of Democracy and Human Rights. Six years later, he was awarded the honorary citizenship of the City of Prague.

Jaroslav Hutka’s songs are very melodic and inspired by folk songs. His song lyrics are often nostalgic, humorous, ironic, with a certain amount of social and political protest. Hutka’s poetry is more intimate and reflects the inner doubts, searching and torment of an individual in a totalitarian world.