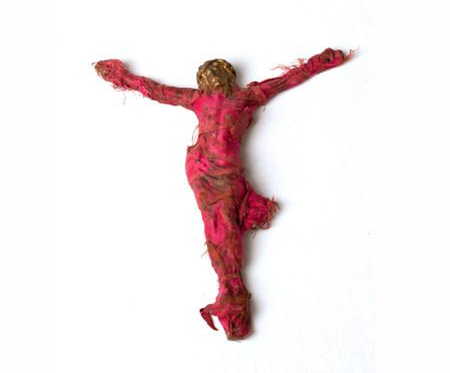 Trokut’s sculpture Red Corps from 1968 is a work that connects the symbolic universalism of the crucifixion and material suffering (playing with the word corpus). The symbolism of the colour red represents the revolutionary spirit, both in art and politics. The conceptual performances in which Trokut was involved reflected criticism of the communist regime from the standpoint of the left avant-garde (Red Peristyle intervention, the Red Sea action).