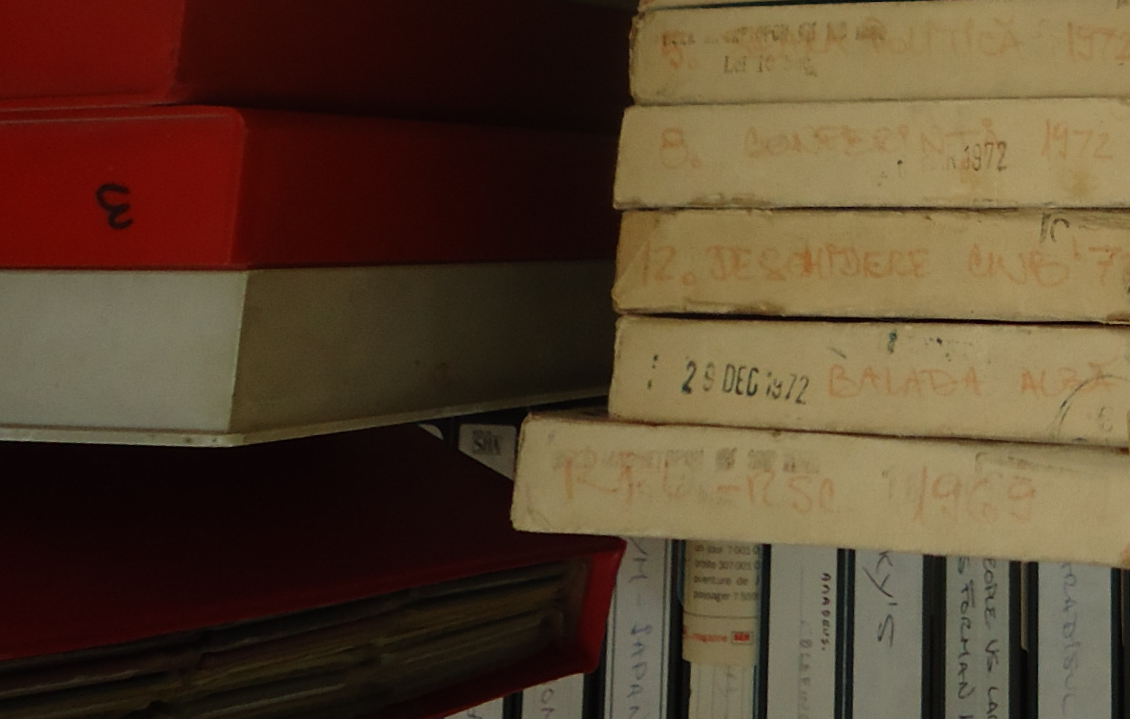 The film Balada albă (The white ballad), winner of two awards in 1974, is in the Mirel Leventer private collection both in its original format, on a roll of film, and in digitized format. The film reconstructs the tragic death of a colleague from the Architecture Faculty during a winter excursion to the mountains. Because the vacation after the first examination session was in February, many students left to walk in the mountains then, even if the weather conditions were not favourable. In the winter of 1973, a group of Architecture students was caught by a blizzard, and the student in question basically sacrificed his life to save the others. It was a death that shook all his colleagues, and some of them paid him posthumous homage through this film. “It is a film that began like a reportage on the funeral of a colleague of ours, in sixth year. Together with some colleagues, he climbed the mountain in very difficult conditions and in saving the others, he met his own end. He was found dead after three days of blizzard; he was completely frozen and was, by a bitter irony of fate, very close to the chalet, on the way back. A terrible tragedy. Without initially thinking that anything in particular would come out of it, out of a sort of inertia, I filmed the funeral; I filmed it on 8 mm. Then I used the scenes in the 16 mm film. I made a screenplay, together with three other colleagues; we climbed the mountain, we repeated the route the following year; we filmed in similar conditions; we put ourselves in danger too. Then I did the editing in our laboratory at the Faculty; I did amateur editing. That was in 1974; the tragedy was in 1973,” recalls Mirel Leventer. The film was shown at two film festivals, and at each it won an award: the National Festival of Student Art in Cluj-Napoca and the Festival of Bucharest Cine-clubs. It was also awarded a prize by the magazine Cinema. The music is by a well known Romanian singer-songwriter, Dorin Liviu Zaharia. He plays the flute and recites a poem written by himself entitled “La trecătoare” (At the crossing), superimposed on an extract from the melancholic piece “Oh Well, Part Two” composed by Peter Green and performed by the then group Fleetwood Mac, who were in vogue at the time. After 1989, the film was projected as part of the Club A evenings.