Goma, Paul. List of the signatures in support of the human rights protest, 1977 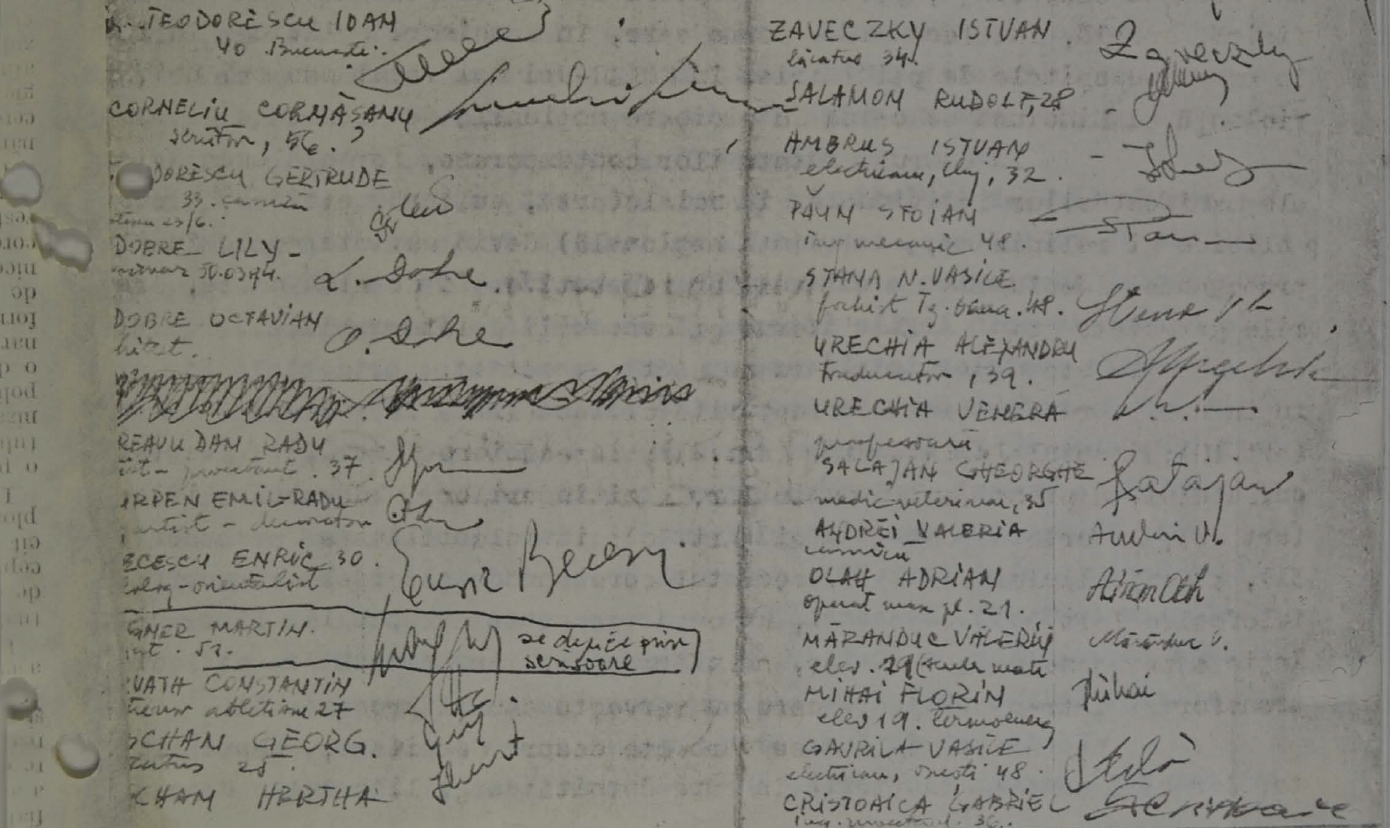 The trigger of the struggle for human rights in this region, which was considered by many analysts a fundamental factor in the collapse of communism in 1989, was the Helsinki Agreements of 1975. The very idea of monitoring human rights abuses, which the Charter 77 grasped from these agreements and promoted until 1989, also inspired Goma and perhaps others in the Soviet bloc. This idea, however, was entirely novel in the countries of East-Central Europe, including Romania. Most individuals in this region lacked the necessary background to fully grasp a problem which was central in Western political thinking, but absent or distorted in local politics even before communism. Nonetheless, due to the transnational travel of ideas, movements for human rights gradually emerged after 1975. In Romania, the ephemeral movement arose around an arid letter addressed to the First Follow-Up Meeting of the Conference on Security and Cooperation in Europe (CSCE), which was to take place in Belgrade beginning in 1977. This letter was initially signed only by Goma, his wife Ana Maria Năvodaru and six other persons: Adalbert Feher, a worker; Erwin Gesswein and Emilia Gesswein, a couple of instrumentalists with the Bucharest Philharmonic Orchestra; Maria Manoliu and Sergiu Manoliu, mother and son, both painters; and Şerban Ştefănescu, a draftsman. However, by the day of Goma's arrest, 192 individuals had endorsed this collective letter of protest. The list of signatures was confiscated from Paul Goma's residence at the moment of his arrest, but he had managed to send it to Radio Free Europe in advance. The lists confiscated by the secret police in 1977 were returned to Paul Goma in 2005. Thus, the document listing all these persons is now part of Paul Goma Private Collection in Paris, but copies can be found in the CNSAS Archives in Bucharest (ACNSAS, Informative Fonds, File I 2217/7), as the secret police preserved them in Goma’s informative surveillance file, and in the Vera and Donald Blinken Open Society Archives in Budapest (OSA/RFE Archives, Romanian Fond, 300/60/5/Box 6, File Dissidents: Paul Goma).