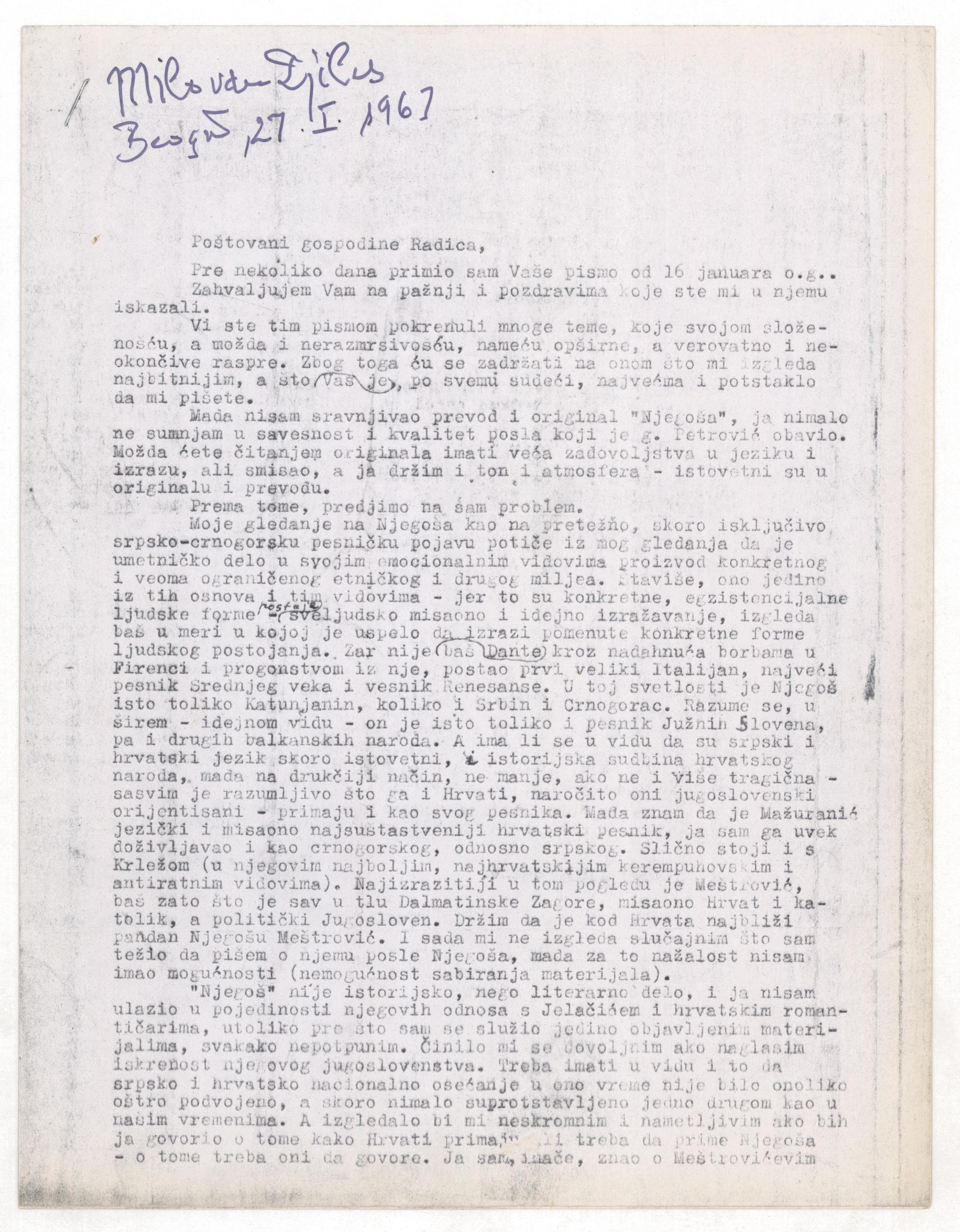 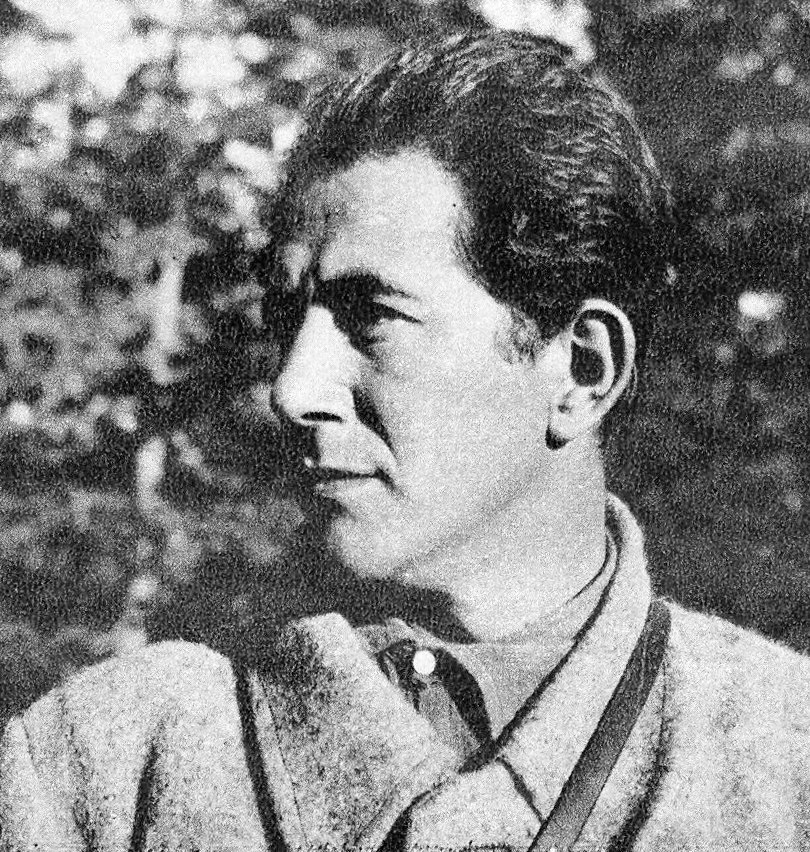 Milovan Đilas’ letter to Bogdan Radica was written in 1967 in Belgrade after Đilas had been released from prison. It was Đilas responding to Radica’s letter on 16 January 1967. The reason for this letter was Đilas' book titled Petar Petrović Njegoš: Poet, Prince, and Bishop published in 1966, in the USA. Their correspondence started after Radica had written about the life of Milovan Đilas and his conversion from a rigid communist to a dissenter. In the letter the first Yugoslav dissenter Milovan Đilas wrote to Bogdan Radica on matters relating to Croatian-Serbian relations, the question of Yugoslavia’s existence and the literary works of Petar Petrović Njegoš. Radica wrote about Đilas in a series of essays and articles in the American reviews and newspapers, more importantly, the article "The Idealism of Milovan Djilas" issued in 1963 in the review The Commentary.

Radica was fascinated how Đilas read Njegoš and how he abandoned Marxist literature, coming back as a traditional writer. So it happened that they both commented in the letter the influencing factors of Njegoš on Croatian and Yugoslav literature. Radica felt that Đilas failed to adequately explain the relationship between Njegoš and the Croats of his time, like Ban Josip Jelačić and Ljudevit Gaj. Nonetheless, Radica pointed out that Njegoš had a great influence on the moral workings and mentality of the Yugoslav communists. In addition, in 1952, he also refers to Đilas' work Legenda o Njegošu (The Legend of Njegoš), in which he postulated that Njegoš’s Russophilia was the cause as to why so many Montenegrins turned to Stalin during the time of the Tito-Stalin conflict in 1948. Radica thought that Đilas' communism could not be understood without looking the culture that was inspired by Njegoš’s works. Therefore, this was clearly the reason why Đilas returned to Njegoš after his fall and break with the Marxist regime in 1954. After all, according to Radica, Đilas' re-reading of Njegoš was an effort to find some intellectual harbourage after abandoning the Party.