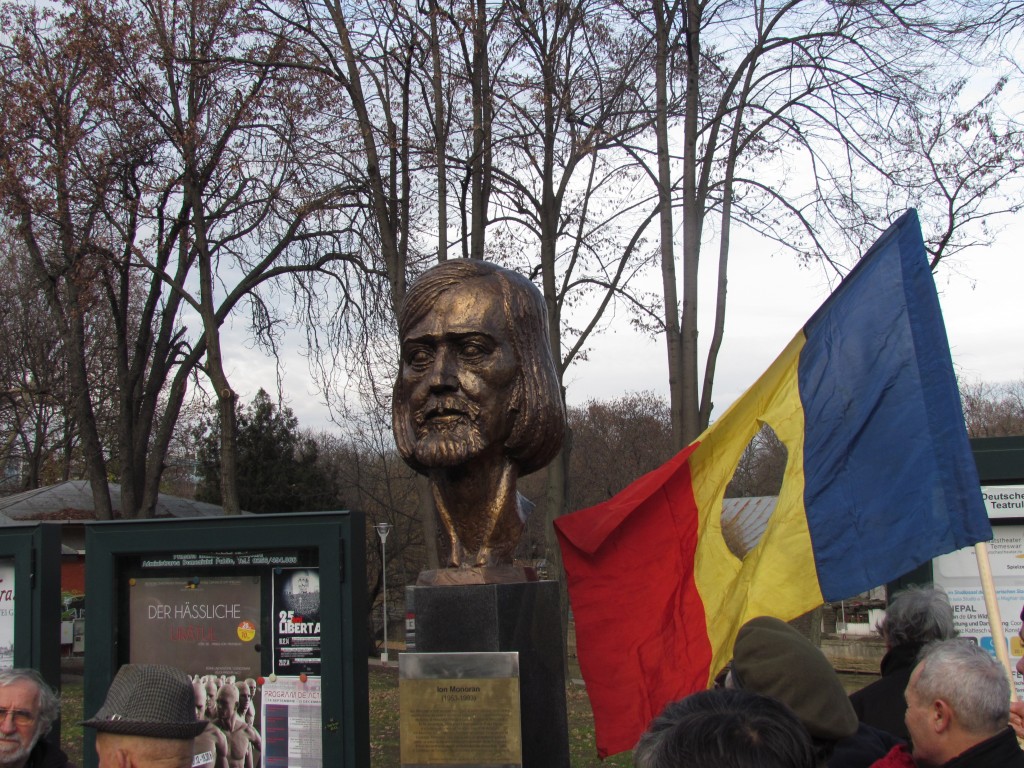 A bust of the revolutionary hero and rebellious poet Ion Monoran was unveiled on 16 December 2014, exactly twenty-five years from the start of the Revolution of December 1989 in Timişoara. A quarter of a century earlier, Ion Monoran had cried: “Down with communism!” close to the home of Pastor László Tőkés, where a crowd had gathered to prevent the pastor’s forced removal from Timişoara. The same day, Ion Monoran took the initiative of stopping the first trams in Timişoara’s Maria Sqare, a moment that would later be considered particularly significant for the catalysing of popular discontent and implicitly for the later course of the events of December 1989 in Timişoara and later in Bucharest.

The bust, the work of the sculptor Aurel Gheorghe Ardeleanu, is situated near the Flora restaurant, very close to Maria Square and to the place where, on 16 December 1989, Ion Monoran stopped the trams. Ana Monoran, the poet’s widow, said in the documentation interview that she highly appreciated  Aurel Gheorghe Ardeleanu’s sculpture, and that it is a place where she often goes to recover her peace of mind. The cost of the work was 13,000 lei (approximately 2,700 euro), and was supported entirely by the local authorities of the city of Timişoara. The material in which it is cast is bronze.

In addition to this bronze bust, there is also a street in Timişoara that bears the name of Ion Monoran, and the reading room of the Revolution Memorial in Timişoara also bears his name. There is a commemorative plaque on the facade of the house where Ion Monoran lived, and he is, post-mortem, an Honoured Citizen of the city of Timişoara.