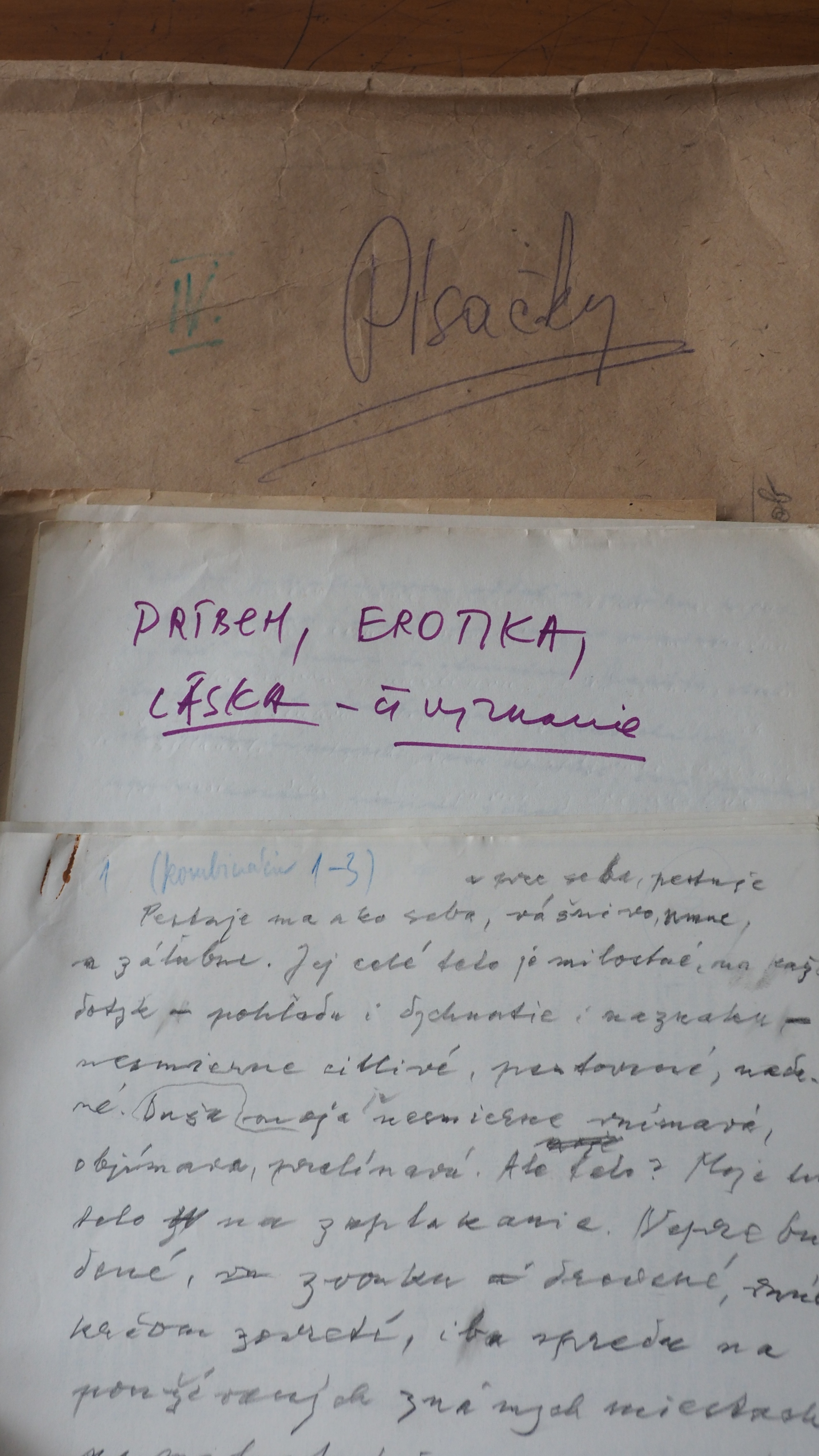 Under the title „písačky“ (scribbles) Slovak writer Dominik Tatarka generally described his texts from the so-called Normalization period. Milan Šimečka commented that the word “písačky” contained “deep sorrow of a writer who had been writing in solitude and isolation, without the hope that his manuscripts would be ever a published book, printed, bound and read.” More specifically, “písačky” refers to texts collected in his later book “Písačky pre milovanú Lutéciu” that were created between 1976 and 1978 and were designed as love letters of an older writer to his young lover to Paris. Under the title “Písačky” some texts were published in 1979 already in the samizdat Petlice Edition by Ludvík Vaculík. Miroslav Kusý published about 50 copies of “Písačky” by samizdat in Bratislava but Slovak readers were said to show little interest because they perceived these texts as pornographic. Part of this samizdat edition by Kusý was confiscated by the State Security during one of house searches. In 1984, “Písačky” were published in exile by historian Ján Mlynárik in the Index Publishing House in Cologne. On 23 September 1986, Dominik Tatarka was awarded the Jaroslav Seifert Prize for “Písačky” by the Charter 77 Foundation in Stockholm. The Jaroslav Seifert Prize Committee consisting of Jiří Gruša, Milan Kundera, Antonín J. Liehm, Sylvie Richterová, Josef Škvorecký, Jan Vladislav, František Janouch and “in pectore” Ludvík Vaculík and Václav Havel, appreciated on these works by Tatarka that they “newly developed a genre of human monologue” and also “a bold testimony about a time and so far not reached depths of human mind”. Tatarka learned that he was awarded the prize from the Voice of America broadcasting on the very day. “Písačky” were officially published after 1989 in an edition by Ján Mlynárik (1998, together with “Letters to Eternity” and “Alone against the Night”) and by Oleg Tatarka as “Písačky pre milovanú Lutéciu” (1999, 2003, 2013).