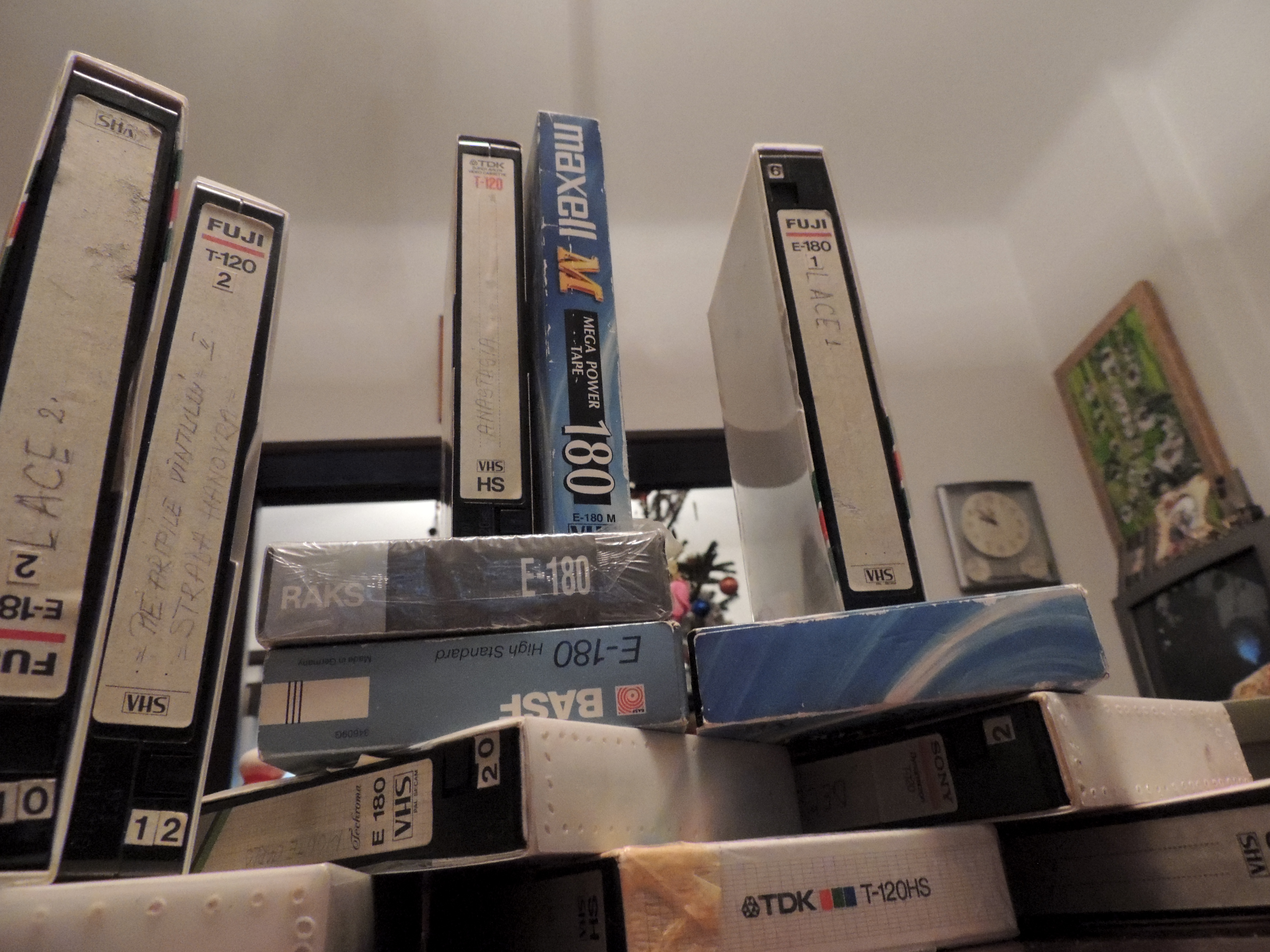 The few dozen video cassettes rather accidentally preserved by Irina Margareta Nistor represent today remarkable featured items of this collection not because of the movies they contain, but because of the cultural phenomenon of disseminating Western movies in communist Romania that they epitomise. Few of these preserved movies stand out as masterpieces, but as a whole, these few dozens of video cassettes are the very last bearers of memory for a type of cultural activity which represented one of the most powerful societal reactions to the aberrant policies of Ceaușecu’s regime in the late 1980s. Before 1989, over 3,000 films were translated and dubbed in real time by Irina Margareta Nistor. All these films were recorded on video cassettes, multiplied, and then distributed throughout Romania by means of an informal network. The vast majority of the films were Western productions, and all came by clandestine channels from the West. As Irina Margareta Nistor says: “With each of these films, I brought a trickle of the West into the houses of people in Romania.” She was, however, a cog in the machine while translating and dubbing these films for individuals who earned good money from producing and distributing video cassettes. Thus, she neither had the means nor the interest to systematically collect the movies she had already seen while performing these tasks. The video cassettes which Irina Margareta Nistor has preserved until today were intended to be used as “presents” rather than to be collected for their intrinsic value. In fact, the majority of the films which were distributed through this scheme in the Romania of the 1980s were hardly classics of cinematography, films worth collecting. At the same time, the artistic value of the recorded movies is not significant, for individuals did not watch them for this. These Western films had an impact before 1989 because they testified then to a different way of life. Above all, people looked in these movies at houses and their interiors, at cars and their facilities, at clothes and their luxury. Thus, in 1989, all Romanians knew from such movies that people could live very differently than they had to in communist Romania.

These dozens of video cassettes also testify to the existence of an activity which stretched the limits of toleration under the communist regime. Today, there are still many things unclear about the functioning of the entire enterprise, for those directly involved in it are rather ambiguous. Irina Margareta Nistor, however, narrates her own experience and evaluates this phenomenon from her perspective. “I am convinced that there were people in high places who were controlling this business. They could have stopped it at any time; because it produced a lot of money. On economic grounds, as ‘ilicit’ [under Law no. 18 of 24 June 1958 regarding the checking of the provenance of certain goods of physical persons which have not been obtained in a licit manner – known for short as the Illicit Income Law]. What Mr Zamfir was doing came into that category. However there were a lot of people who were happy with the business – that’s why it prospered, why it wasn’t suppressed. In theory, they would ‘take your illicit’, as the saying was then. In practice, nothing of this sort happened. I’m convinced that Mr Zamfir was somehow being checked on. Perhaps it was an escape valve that was deliberately left open then. Only two hours of programmes on public television – it was clear that something had to be done… Probably it was what was called ‘allowed by the police.’ A sort of complicity, with benefits for both parties. In fact, you didn’t know explicitly that you were allowed; to be more exact, you didn’t know how far you were allowed…” Irina Margareta Nistor’s comments show that the boundaries between the tolerated and the forbidden were never clearly defined, and, consequently, they were not known by those who were involved in activities at the boundaries of communist legality. These boundaries, however, could be pushed further and further back when individuals belonging to the Party apparatus or the structures of the secret police were involved in the activities. How far up the hierarchy such (semi)clandestine activities were known about is very hard to estimate today.