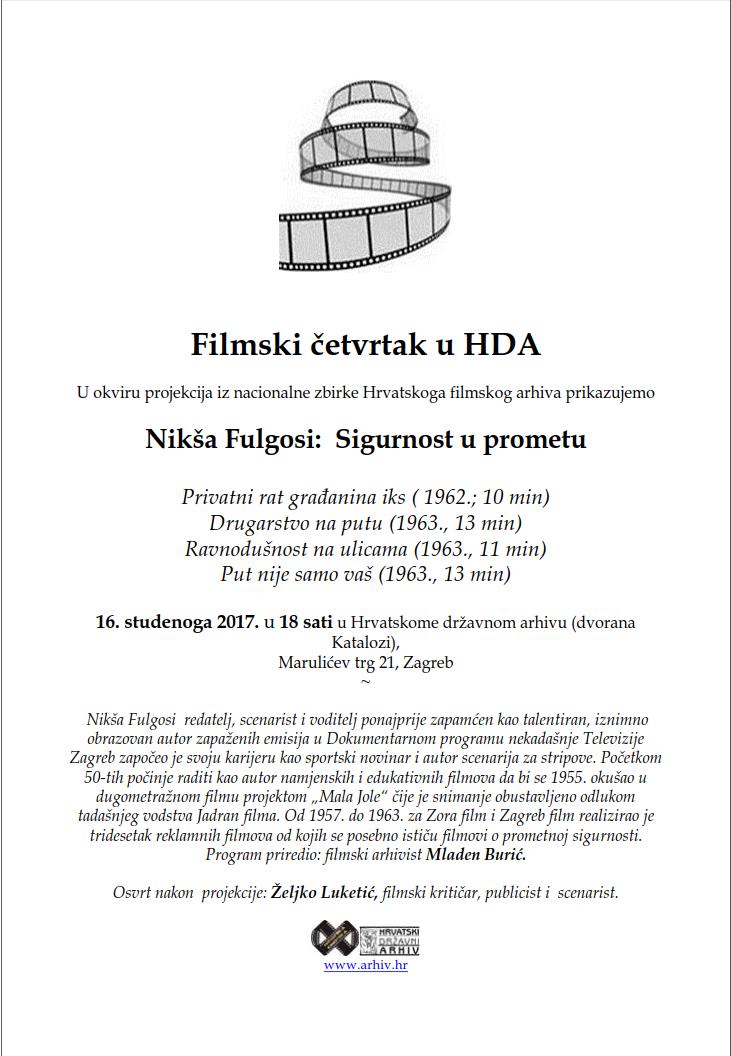 Movie Thursday (Filmski četvrtak) was launched in 2013 for the popularization and promotion of the film archival materials stored in the Croatian Cinematheque. Film projections are held once a month.

In some of his films, Nikša Fulgosi submitted subversive or explicit political messages that might be related to cultural opposition. Although the main purpose of the films was education of the wider population, Fulgosi made sarcastic observations about social everyday life.

The program was prepared by the film archivist Mladen Burić, and the review after the screening was presented by Željko Luketić, film critic, publicist and screenwriter.