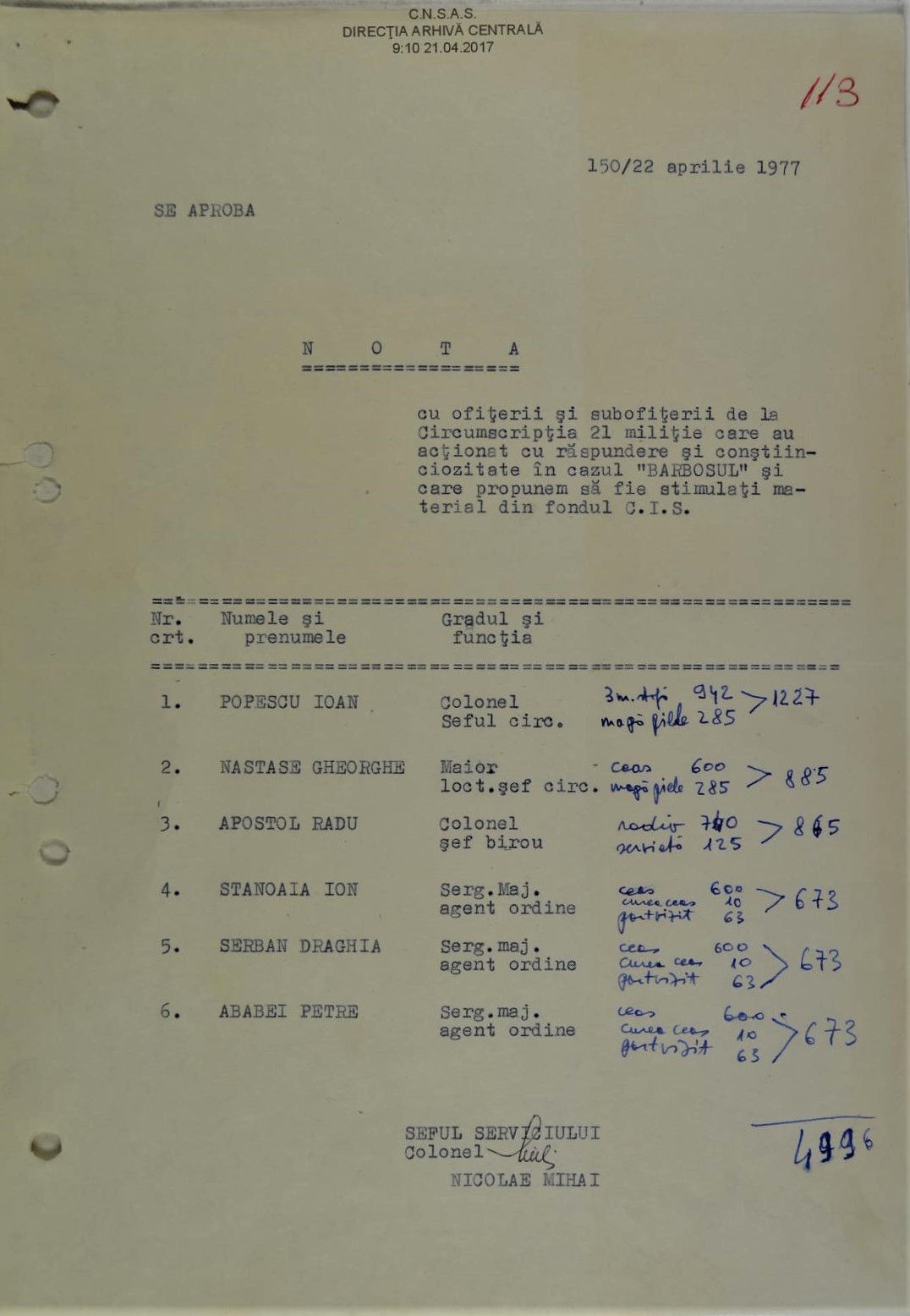 Even Paul Goma has characterised this document as a tragi-comical one. The note contains a list of the Militia officers who were involved in his case, whom the Securitate officers asked their superiors to reward for helping in this mission. The rewards were: 3 metres of cloth and a leather folder for the commander, watches, leather briefcases, leather wallets and radios for the others. Usually, the Securitate rewarded its informers with small amounts of money and some cheap products. They rather preferred to facilitate various services. This note is unusual because this is about rewarding some Militia officers. Besides the amusing aspect regarding the modest level of this reward, the document is relevant for the relation between the secret police, the Securitate, and the Militia, because the money for procuring these items originated from the Securitate’s financial funds. The document qualifies as a masterpiece of the collection especially because of its uniqueness, which can be explained only by considering how unusual was the emergence of the Goma Movement for the Romanian secret police. The Securitate officers faced for the first time the taking shape of a large coherent movement, so they used all possible methods in order to curtail its development. This small document is a rare piece of evidence regarding the subordination of the Militia to the Securitate, which otherwise it is not obvious from the documents in the CNSAS Archives (ACNSAS, Informative Fonds, File I 2217/10, f. 113-114).