Militia. Report on the house search, in Romanian, 1986 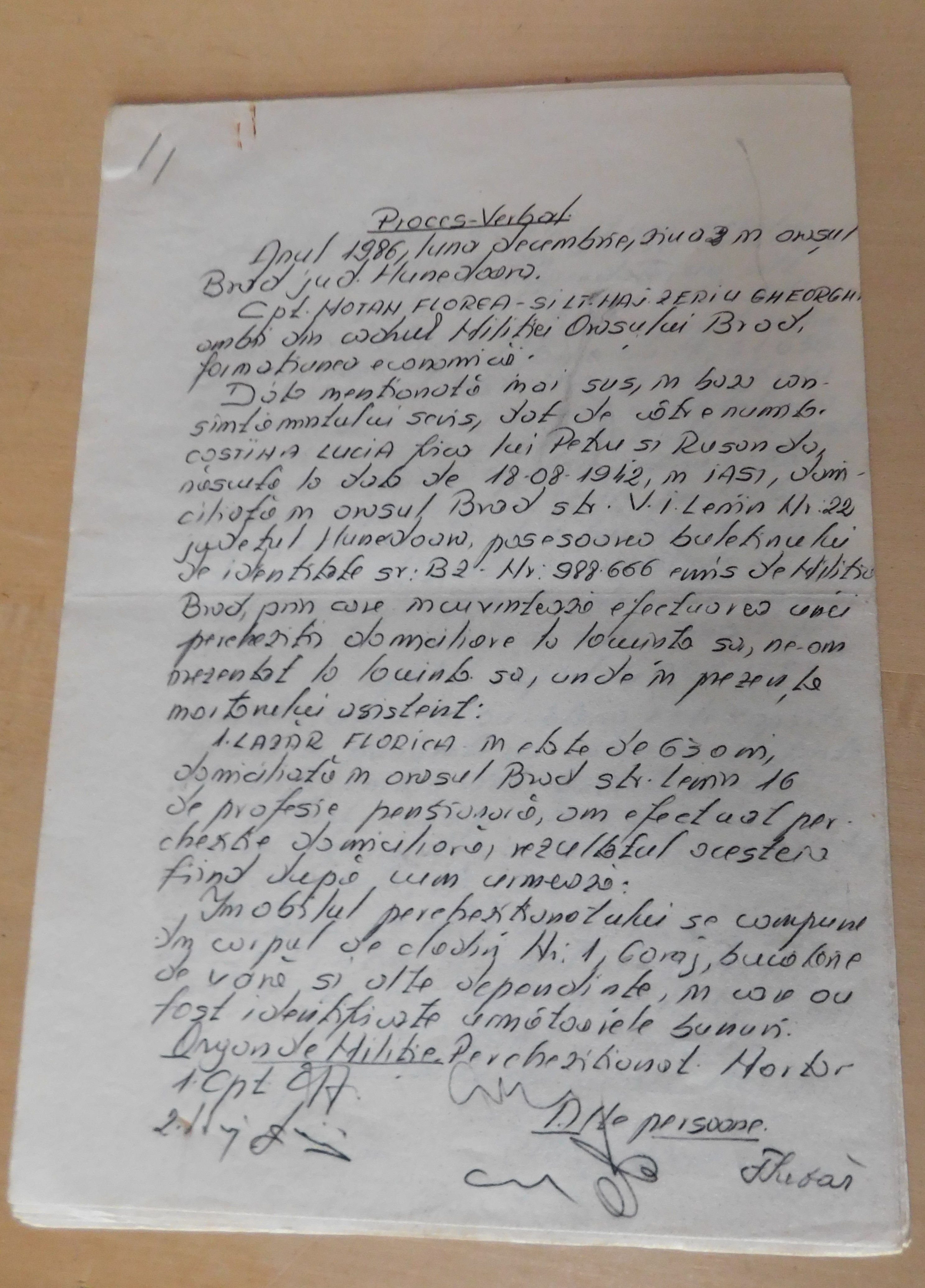 The document reproduces the report drawn up by two representatives of the communist Militia following the search carried out on 3 December 1986 for the purpose of investigating the possible illegal basis of the collection of art stored in Brad at the home of Dr Sorin Costina. Under Law 18/1968 regarding the control of the provenance of goods not acquired through legal means, the possessions of any physical person could be checked if there were “data or indications,” basically meaning information collected through informers, pointing to “an evident disproportion” between the estimated value of a person’s possessions and the income legally obtained by that person. The text of this minute, drawn up in the wooden language of the communist authorities, does not identify in its conclusions any illegality that might have been found as a result of the search. However it is highly relevant with regard to the manner in which the communist authorities penetrated the private lives of citizens. The document mentions that the search lasted approximately three hours and provides in ten hand-written pages a detailed inventory of all the items found in the Costina family home. It was drawn up in three copies, one of which, in the original, is now in the Costina family archive.