Marking the 80th anniversary of Student, 2017 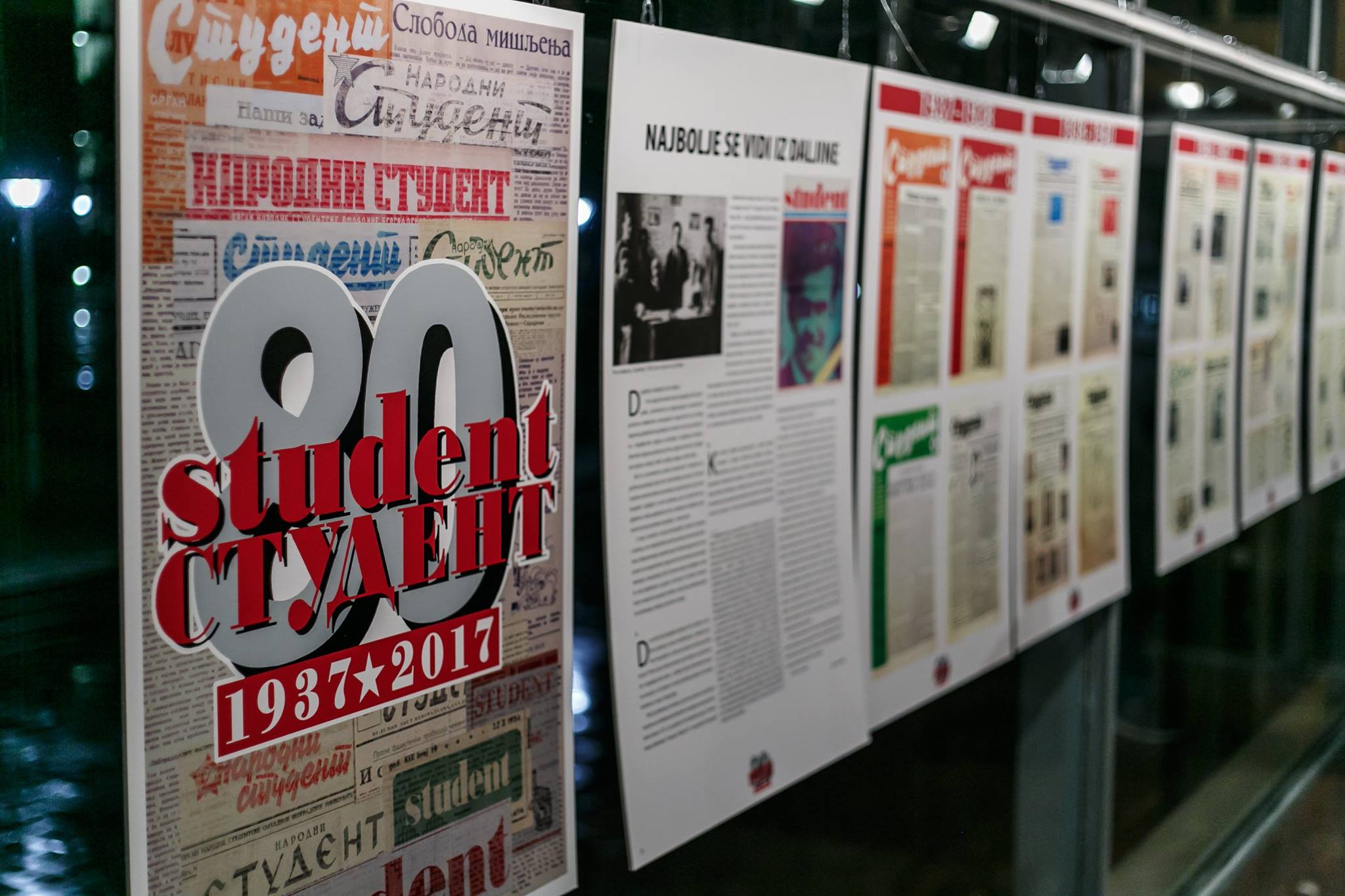 At the beginning of 2017, members of the former editorial staff at “Student”, editors and journalists who wrote for the magazine, decided to organize a series of Events to recall the importance it once had for youth in Yugoslavia. With this aim, they organized three public discussions during spring 2017 at the “Studentski grad” campus to highlight the most important events in the magazine’s history. The most notable and best-visited discussion was titled “Student magazine in the history of the 1968 world revolution”, which was held in June. In October 2017, an exhibition of reproductions of former “Student” cover pages along with a selection of the most relevant for each year was organized under the title “Visual identity and visual narration”. The exhibition also displayed cartoons and critical texts created mainly at the end of the 1960s when “Student” had its biggest circulation and influence. A printed monograph is planned that would contain the memories of collaborators and contributors, and if funds allow, the making of a film about the history of “Student”.