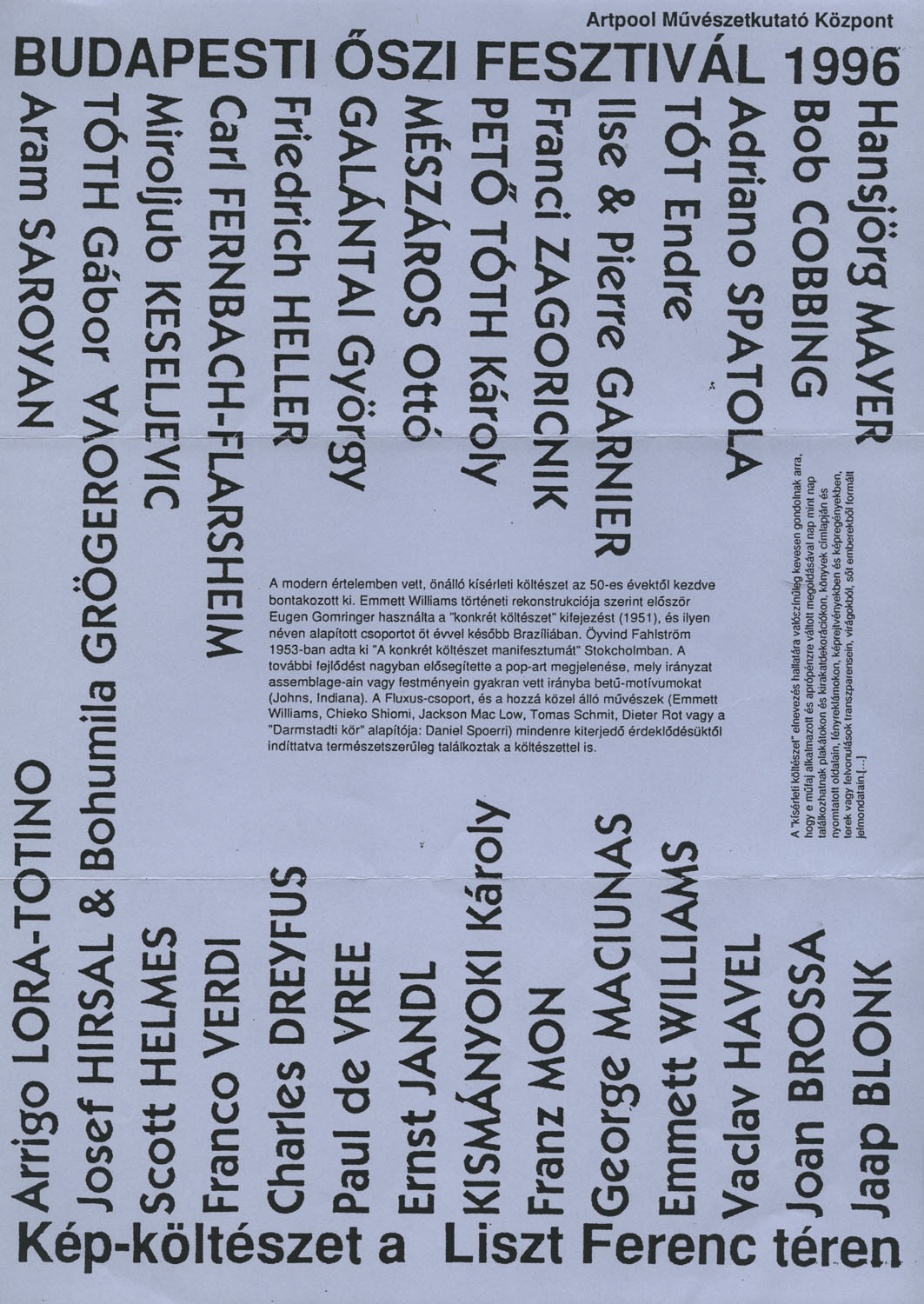 Among the outstanding experimental art events over the years, there were numerous events which were related to poetry. The Képköltészet (PicturePoetry) exhibition was held on Liszt Ferenc Square as part of the Budapest Autumn Festival (September 27–October 13, 1996).
One could also mention the Open-air signpost exhibition on Liszt Ferenc Square, which was organized on the basis of Artpool’s international visual poetry collection and staged as part of the Budapest Autumn Festival. It featured works by 28 Hungarian and foreign poets in which punctuation marks were not used as linguistic but rather as visual elements. (Curator: György Galántai)