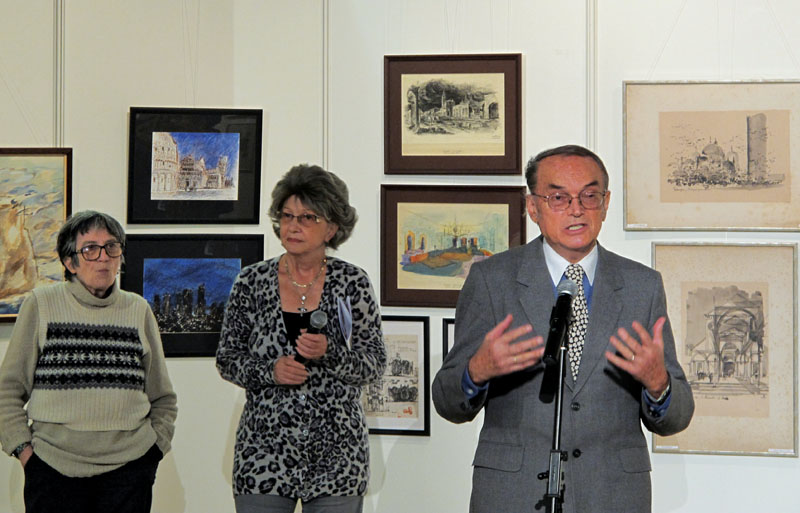 The exhibition took place in the period 1–14 April 1991 at the Art Galleries of the City of Bucharest and displayed watercolours from the Gheorghe Leahu Collection representing streets and old edifices in the Bucharest city centre. This area was severely affected by the so-called “urban systematisation,” a process that entailed the demolition of large parts of the city centre in order to make room for the socialist centre which was meant to show the grandiose character of what official propaganda labelled as the “the Golden Age.” Many of the watercolours on display portrayed famous historic monuments destroyed by this policy of the Ceauşescu regime such as: the Văcăreşti Monastery, the Sfânta Vineri (Saint Friday) Church, the Mina Minovici Institute of Forensic Medicine, and the Operetta Theatre. As a symbolic gesture made by the author, those watercolours that represented demolished edifices were displayed wearing a black bow to emphasise their loss for the city’s heritage.