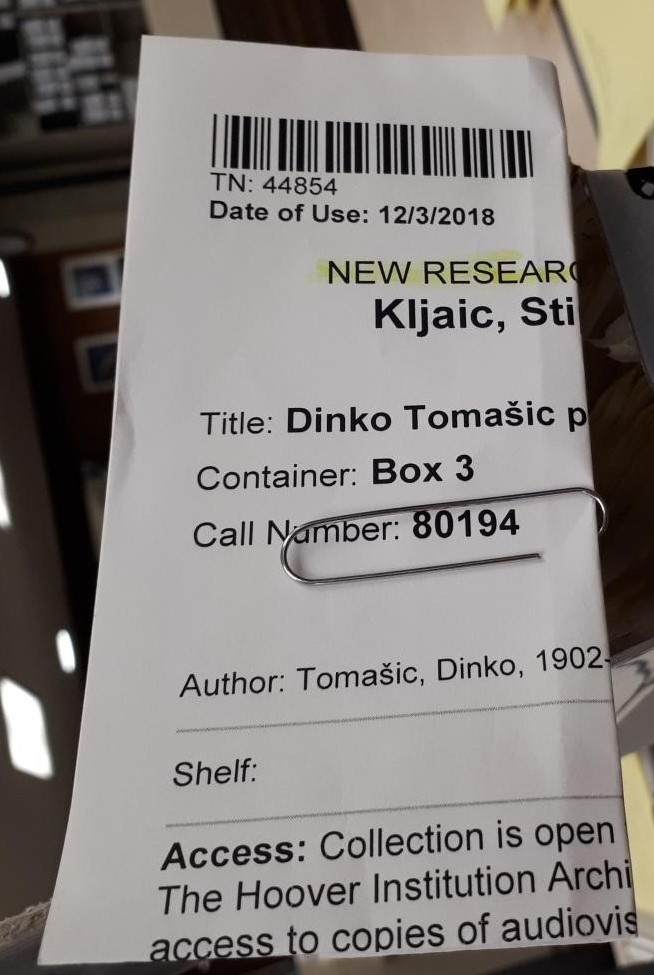 The records of Croatian-American sociologist Dinko Tomašić are deposited at the Hoover Institution Library & Archives, Stanford University. In accordance with its own themes and periodization, it covers Tomašić's public work after the Second World War, when he settled in the United States as a political émigré. The collection testifies to Tomašić's sociological research, in which he critically examined political and social phenomena of post-war communist society in Croatia and Yugoslavia. The main thesis of Tomašić's sociological theory was that the revolutionary transformation of society and the huge growth of the party-state’s power destroyed political, economic, social and cultural pluralism in the public life of the Yugoslav nations. Based on his sociological methods, and making use of results the fields of ethnography and anthropology, he believed that the source of the Yugoslav revolution derived from the specific Dinaric culture, which belonged to economically passive territories, regions where the Partisan movement secured the great support, such as Montenegro, Dalmatia, Lika, Bosnia and Herzegovina.