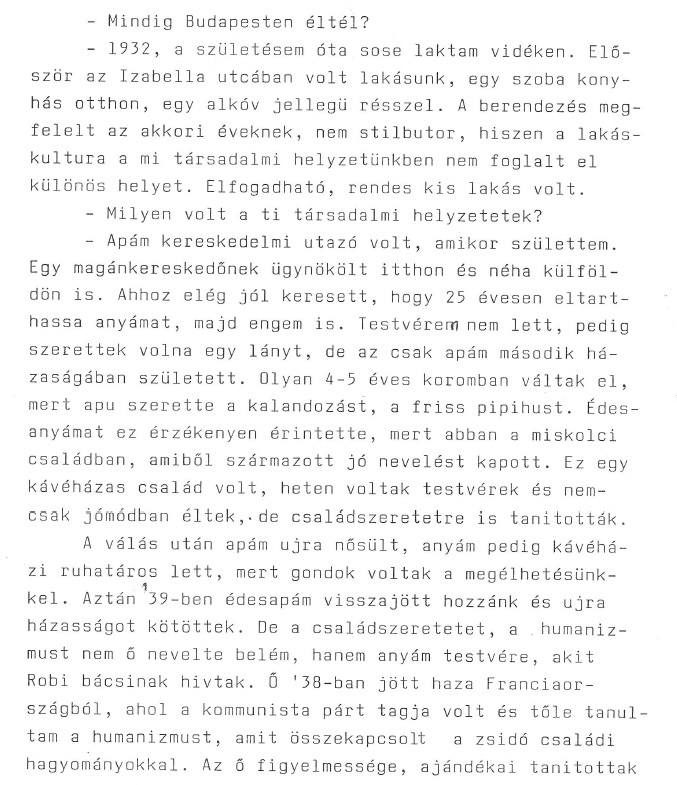 This typewritten conversation originally would have been published in Pál Diósi’s book about prostitution, This is not a Joyride (1990). Pál Diósi, who originally recorded his conversations on tape and paid for their transcription himself, talked with a man of Jewish origins who received sexual services from a prostitute several times. The editor of Gondolat [Thought] Publishing House believed that if the fact that a Jewish person had paid for sex had been revealed, it would have compromised the Jewry of Budapest, so the interview remained in manuscript form.