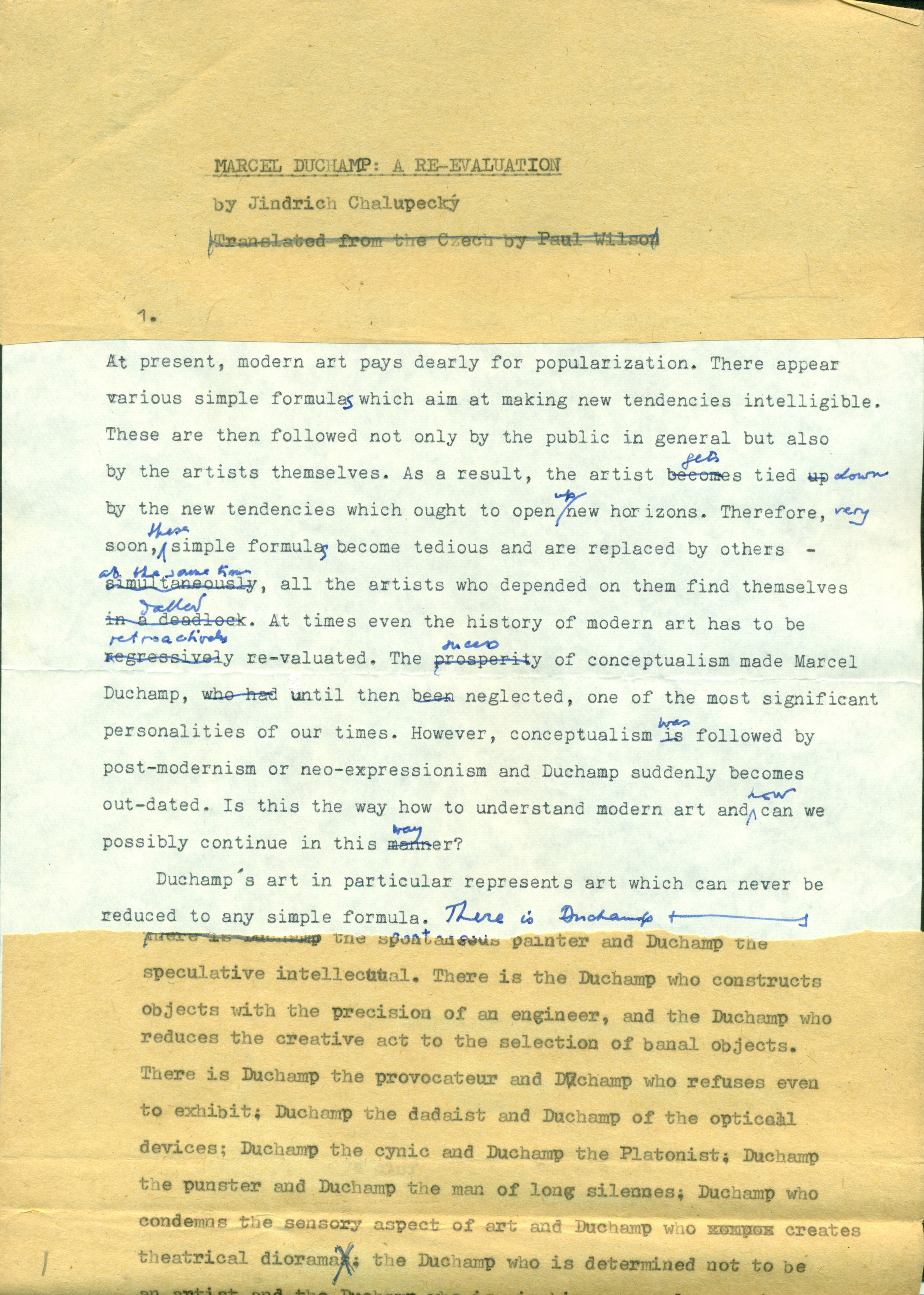 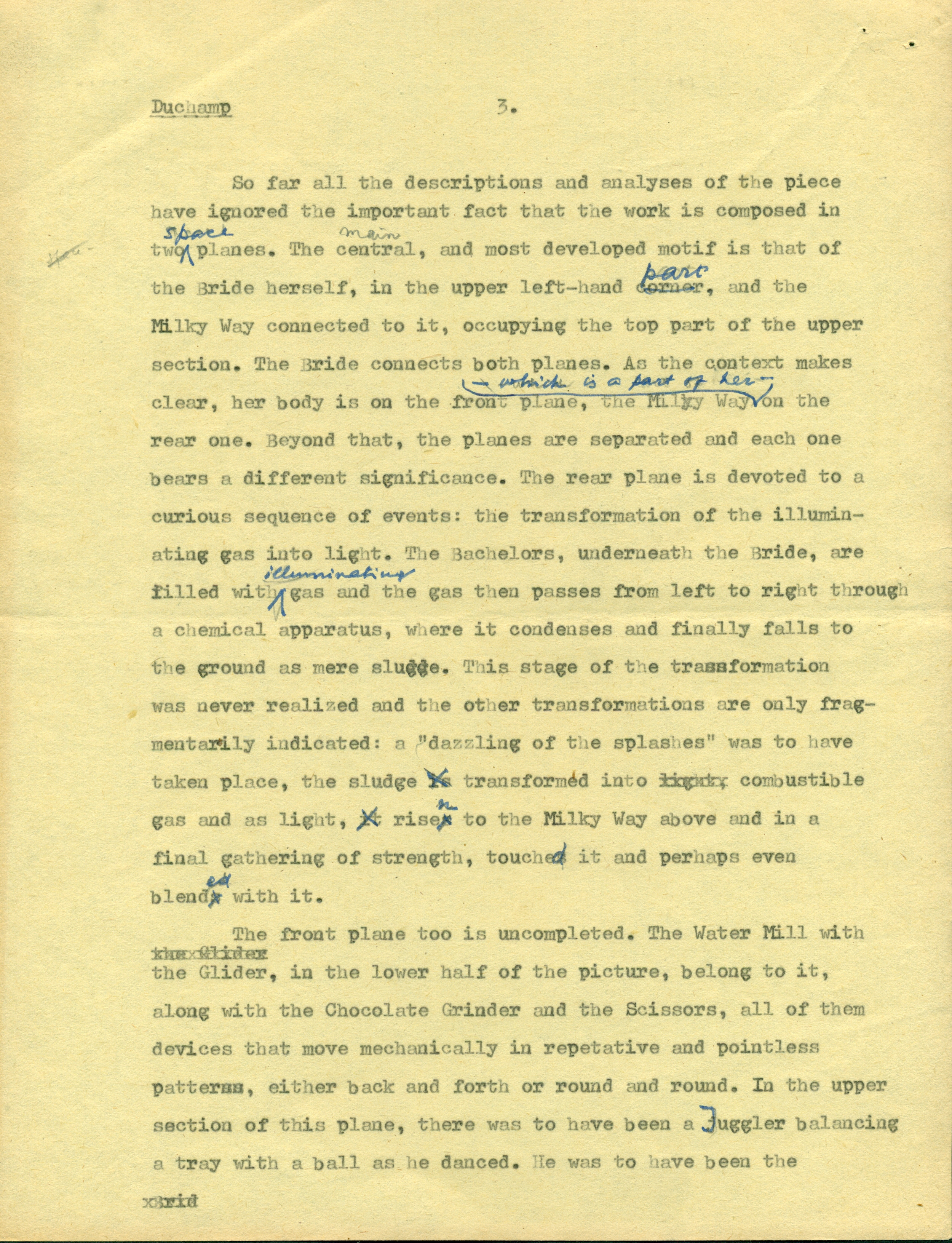 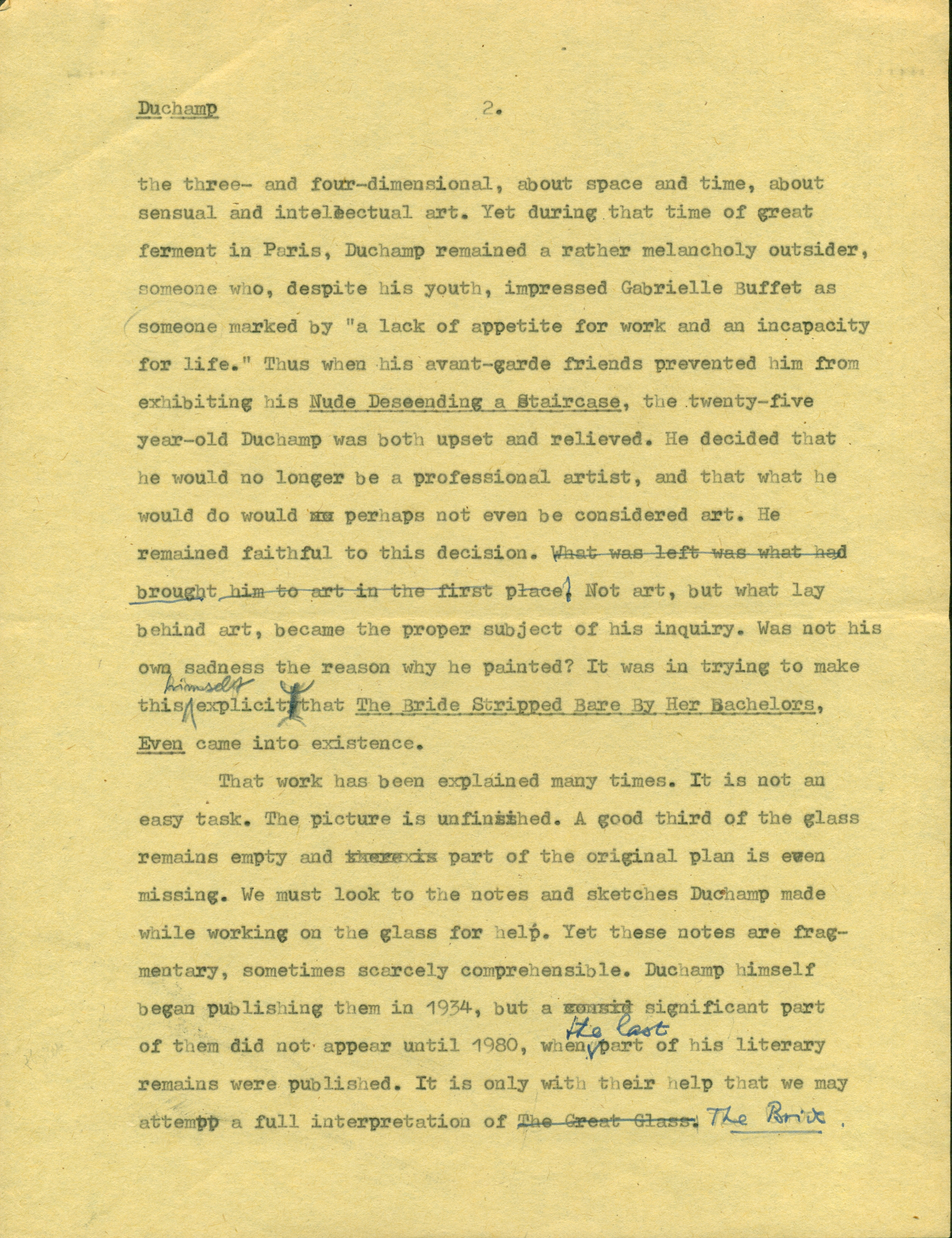 Czech literary and art critic and theoretician Jindřich Chalupecký was interested in the work of French-American painter and sculptor Marcel Duchamp. In 1969, as the head of the Václav Špála Gallery in Prague, Chalupecký organised an exhibition dedicated to Duchamp. Later, during the so-called normalization period, Chalupecký was banned from publishing. However, some of his texts were issued in samizdat volumes or abroad. This was also the case with his article about Marcel Duchamp entitled “Marcel Duchamp: A Re-Evaluation” which was published in the journal Artibus et Historiae in 1985. The text was translated into English by Canadian writer and translator Paul Wilson, who had been living in Czechoslovakia since 1967 and was expelled from this country in 1977.