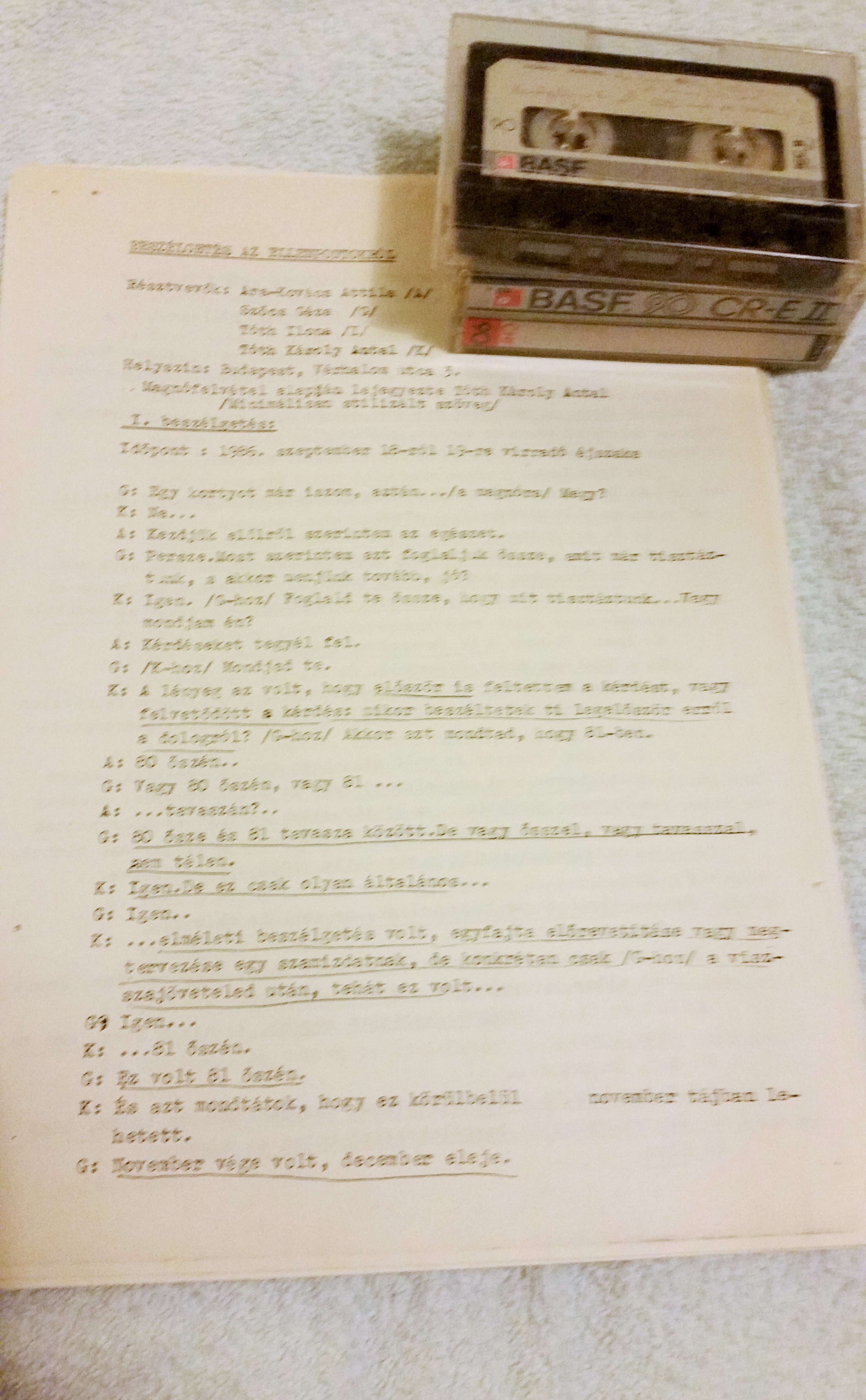 The later Göteborg collection of the Tóth family was greatly influenced by the discussions held on the nights of 18–19 and 20–21 September 1986 in Budapest between the former editors of Ellenpontok. During these conversations, which took up two nights, the former editors, Attila Ara-Kovács, Géza Szőcs, Ilona Tóth, and Antal Károly Tóth,discussed the most memorable events relating to the samizdat in retrospect, four years after their occurrences. Antal Károly Tóth, acting as the host and moderator, recorded the conversations on three 90-minute tapes and published the redacted transcript in 2017 in a volume edited together with his wife. The retrospective exchange of ideas, the search for the “truth” encouraged the Tóths to embark on a collecting mission involving the acquisition of materials and various items relating to the samizdat publication.

By giving their testimonies, the participants in these discussions made an attempt at reconstructing history. All of them were members of a minority ethnic group, and thus their personal memories were defined by the collective memories of the group they belonged to, by their common history and their shared destiny. While recalling the cultural events together, the group acted as heritage-creators who freely shaped the events of recent years and weighed the occurrences of the past partly according to momentary conduciveness. They became embedded in the past and applied their former perspective in creating a picture of times gone by. Thus, in the course of these discussions they recollect the events through their own life stories and the destinies of their families, from their rather subjective points of view. They reveal the everyday history of the samizdat from their perspective as participants directly involved, present insiders’ views on the former editorial team and allow a glimpse into their feelings, into the inner world of their opinions, indirectly revealing details that could otherwise not be conveyed to an outsider.