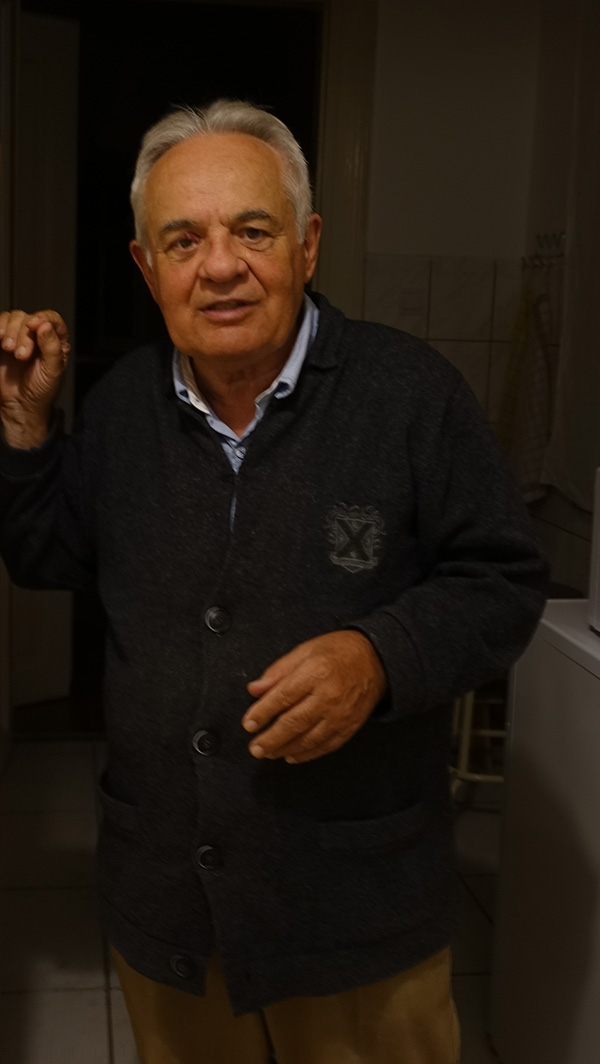 Perneczky, Géza was born in Keszthely, Hungary in 1936. He studied music and art history in Budapest. In 1962, he became an editor at the Hungarian Art Publishing House, and he also started working as an art critic at different newspapers, a contributor to several cultural periodicals, and the host of art programmes at the Hungarian Television. He published books on modern art and contemporary art theory. He was also active as a conceptual artist. Since 1970, he has been living and working in Cologne, Germany.

The story of his emigration encapsulates his relation to the regime. On receiving an invitation to a conference on art pedagogy in Germany, Perneczky was provided with a service passport. He was a journalist at a weekly literal journal at the time, and the chief editor handed him the passport in person, saying “I have heard from ‘upper places’ that they would not be angry if you were not return from this journey, even your family would not be put at any disadvantage.” The editor in chief also said that, in his opinion, “you are young, you are talented, you are single, so I am sure you will succeed.”

After emigrating, Perneczky continued his artistic work with Concept Art, but he soon became disillusioned with the elitist approach of the gallery system. At the same time, got acquainted himself with people from the alternative scene of artistic publishing, which seemed a viable parallel universe. He joined the global mail art network, which was evolving at the time, and this led him to archiving and collecting. He became an active theoretician of the movement as well.

For decades, he taught drawing in a secondary school. In addition to authoring an array of publications on modern art, he also does artistic work with painting, concept art, photography, visual poetry, and artist books. His works have been shown in exhibitions in Europe and America. In the meantime, he established and maintained the Soft Geometry Archive. The brand Soft Geometry also publishes his books and bookworks.