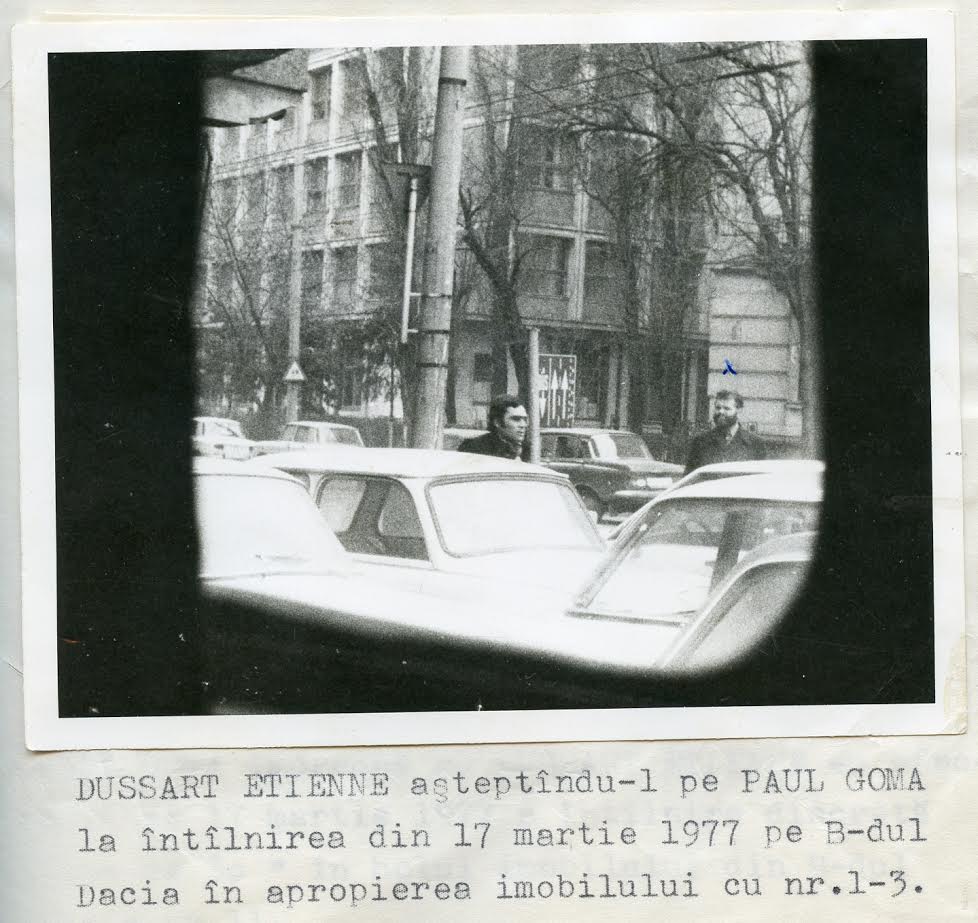 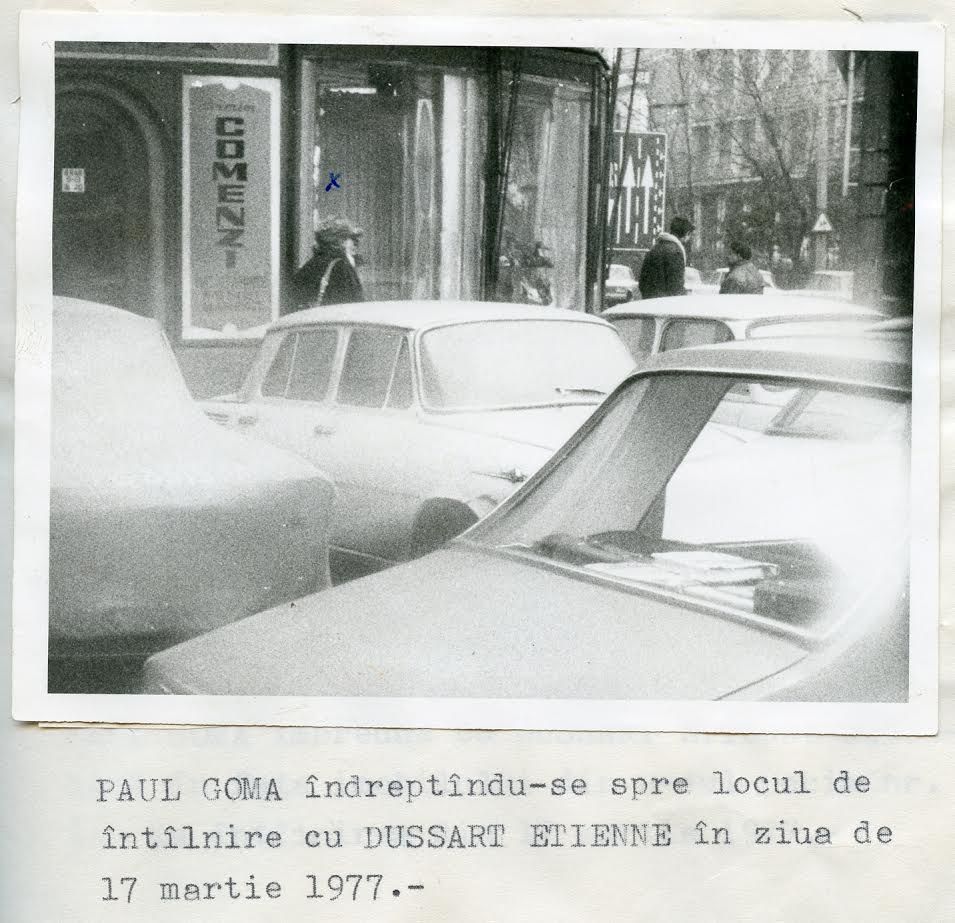 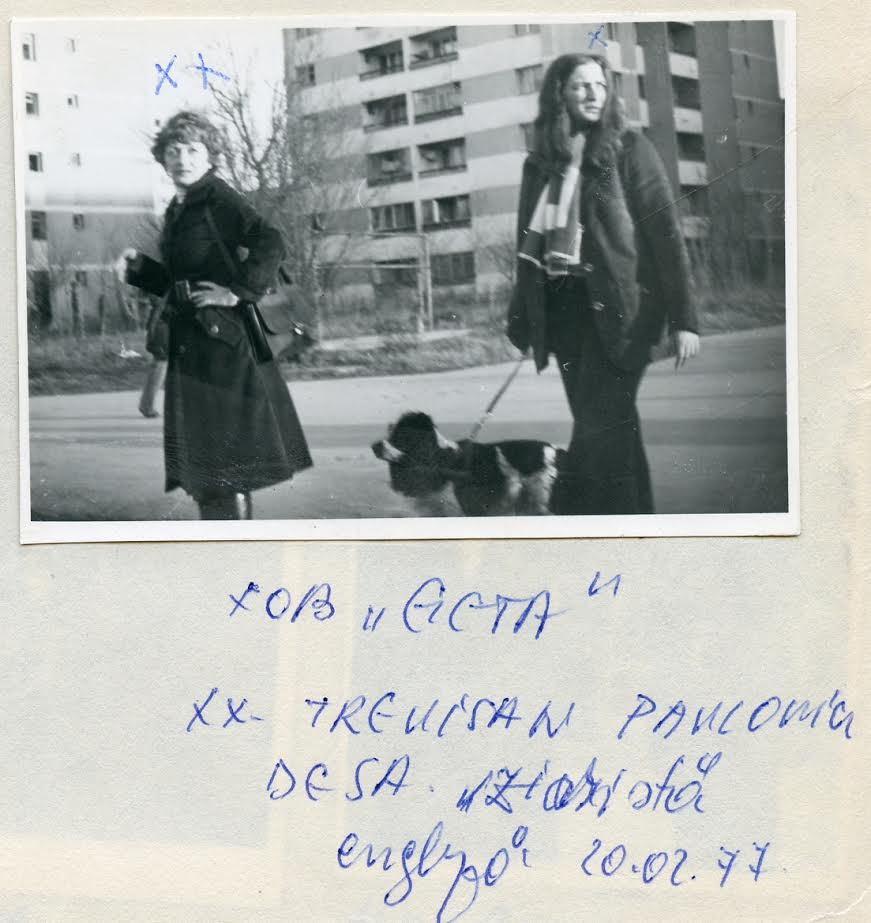 This chart epitomises the typical and efficient method which the Romanian secret police, the Securitate, used against those who attempted to establish networks of dissent in Romania. It seems to have been drafted for the Securitate officers who prepared the operative decision-making process regarding an emerging human rights movement in Romania, inspired by Charter 77. The driving force behind this movement was the writer Paul Goma, who initiated the movement in February 1977 by drafting a collective letter of protest against the violation of human rights in Romanian, which he and more than 200 other individuals eventually endorsed and addressed to the CSCE (Conference for Security and Cooperation in Europe) Follow-Up Meeting in Belgrade. It was the first time that the Romanian secret police, the Securitate, had faced such an enormous challenge, and thus it had to react quickly in order to curtail the spread of the movement. In order to counteract this movement, the secret police had to collect in two months complex information about all those involved.

This chart and its annexes epitomise the collection of these complex data in the short time span between 9 February, when the collective letter was first broadcast by Radio Free Europe, and 1 April 1977, the day when the secret police arrested Paul Goma. The first thing one notices about this chart is its resemblance to the drawings made by high school teachers to facilitate a better understanding of a topic. The chart actually highlights Goma’s connections with the internal and external supporters of this movement which at that time constituted a collective action of unprecedented magnitude in communist Romania and implicitly a novel challenge for the Securitate. The chart only contains a schematic representation of Paul Goma’s relations with other persons (schema legăturilor lui Paul Goma). The central field, which features Paul Goma, is connected left and right with two columns of differently coloured fields. The left-hand column seems to represent a typology of individuals whom Goma had contacted in order to send documents relating to the activity of the emerging movement across the border to a Western country. They are divided into four categories: diplomats, foreign journalists, “reactionary elements from the emigration” and “autochthonous elements.” The right-hand column seems to categorise all those who had contacted Goma with the purpose of endorsing the movement. At the time when this chart was drawn, the Securitate had been able to scrutinise only 288 persons out of 430; the number of those identified to date is added in pencil. About these persons, there are three types of information offered: the actions taken (against them), their method of contacting Goma, and their political background (antecedente politice). The complex data collected about all these, which is included in annexes to this chart, included age, ethnicity, profession, education, place of residence and political background, meaning information about previous anti-regime activities.

The chart is an unusual type of document in the archives of the Securitate. Its unique character is directly related to the novelty of the challenge which the Securitate had to confront with Paul Goma’s attempt to establish a Romanian Charter 77. The novelty was twofold: it consisted both in the network established and the ideas expressed by this movement. Such a rapid solidarisation of individuals around a common purpose did not occur in communist Romania either before or after the Goma movement. At the same time, the defence of human rights was a totally alien idea and ideal in the political traditions of Eastern Europe in general, and of Romania in particular, even considering the period before the communist takeover. Thus, this emerging movement which implied the defence of a political idea (and not a material benefit) must have been really puzzling for the Securitate officers, who did their best to grasp the situation and understand the “real” motivations of the individuals protesting for the observance of such an “abstract” issue as human rights. This coloured chart and its annexes testify to the methods used by the Securitate in order to disaggregate a collective action for a common interest, the observance of human rights, into a multitude of individual actions, driven by personal interests and thus easier to break apart. In Goma’s words, “this is the use of statistics in the house of terror” (Goma 2005, 412).