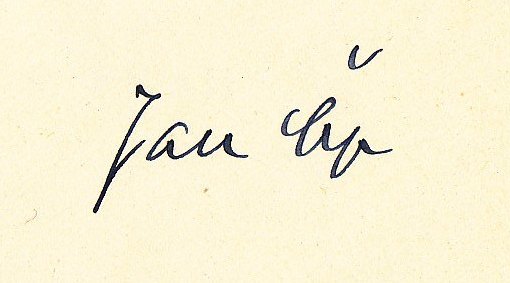 Jan Čep (1902-1974) was one of the most prominent representatives of modern Czech prose. His collection contains his manuscripts of radio reflections, which he wrote for Czechoslovak Radio Free Europe. Through his reflections, he tried to face totalitarianism and spiritually strengthen people "at home".