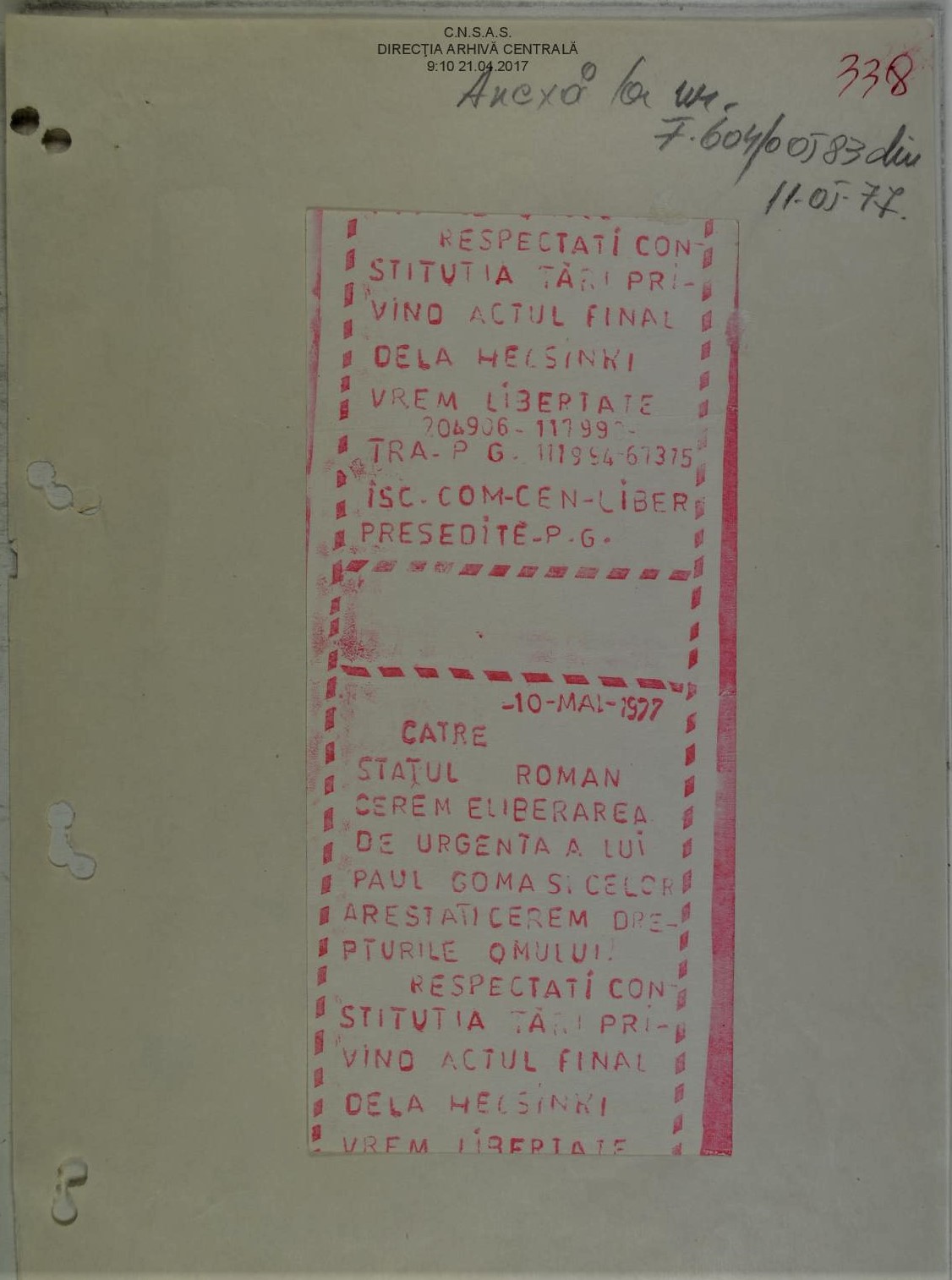 A Securitate report contains information about a bunch of leaflets which were found somewhere near the Timpuri Noi (Modern Times) factory in Bucharest. The Securitate report says that the manifestos were found on 10 May 1977, in fact four days after Goma’s release. However, the date it is not randomly chosen because this was Romania’s National Day before communist rule, which was significant because it symbolised the Royal Family of Romania, which was forced into exile by the communist authorities. The Securitate officers noted that the pieces of paper were found by some workers in a small perimeter, between two factories situated quite close to the city centre. The report states very clearly that manifestos like these were not found in other neighbourhoods or out of the city. The little hand-made manifestos contained the following text: “To the Romanian state: We ask for the release of Paul Goma and those who are under arrest. We ask for respect of Human Rights! Respect the Constitution of Romania in accordance with the Helsinki Final Act. We want freedom!” Two of these leaflets have been preserved in the original in the CNSAS Archives. These leaflets illustrate that the impact of the Goma movement on Romanian society was more significant than the statistics compiled by the Securitate indicate (ACNSAS, Informative Fonds, File I 2217/10, f. 337-338).