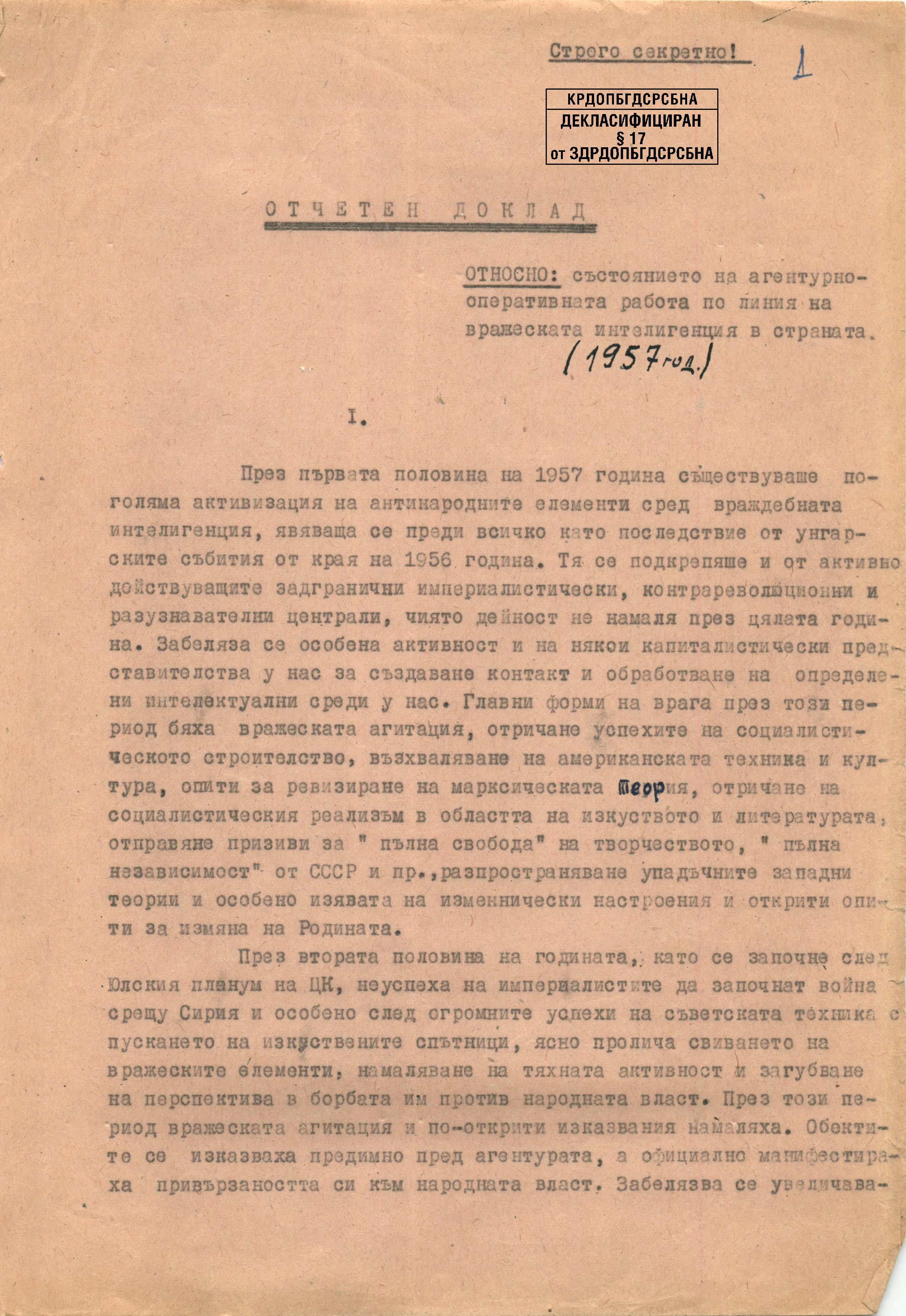 "Summary report on the state of the agency-operational work in respect of the enemy intelligentsia in the country", Sofia, January 29, 1958.

This report gives a summary assessment of activities and expressions by intellectuals that the state security considered hostile, for the year 1957. This was a period of heightened state altert about (potential) opposition in Bulgaria in the wake of the revolution in Hungary, and its brutal suppression by the Soviets, in 1956. The report claims that after the revolution in Hungary, "capitalist representatives" are stepping up their efforts to create networks of friendly intellectuals and to "brainwash" certain intellectual circles in Bulgaria. A particular problem are cases of intellectuals who escaped abroad. The report describes intellectuals who are said to deny Soviet art, which they consider outdated and "smelling of mold." There is unrest among the writes against the "suggested" guardianship" by the Central Committee of the Bulgarian Communist Party; there is widespread talk about creative freedom. According to this State Security report, the intelligentsia numbered 26,799 people at that time. The report, thus, gives insight into the increased fears of the regime about the loyalty of the intelligentsia after the 1956 events and shows the dynamics of oppositional tendencies among them (in the eyes of the state security).