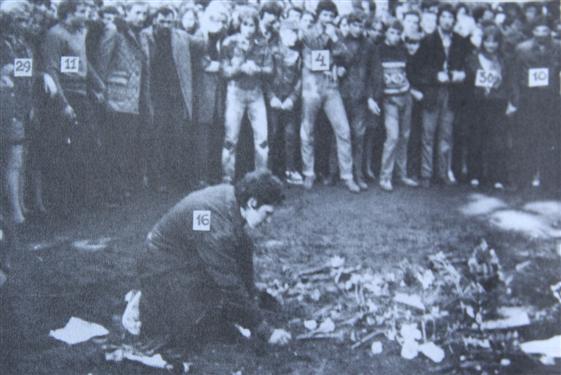 The collection is an album of 24 photographs made by a KGB officer (or secret informer) about the youth protests after the self-immolation of Romas Kalanta in Kaunas in the spring of 1972. The album shows the attitude of the KGB towards the anti-Soviet event and youth protests. On the other hand, it also shows the attitude of the younger generation of Lithuanians towards the regime.