A piece of bread (the daily ration in the forced labour camp in Belene, Bulgaria), 1953 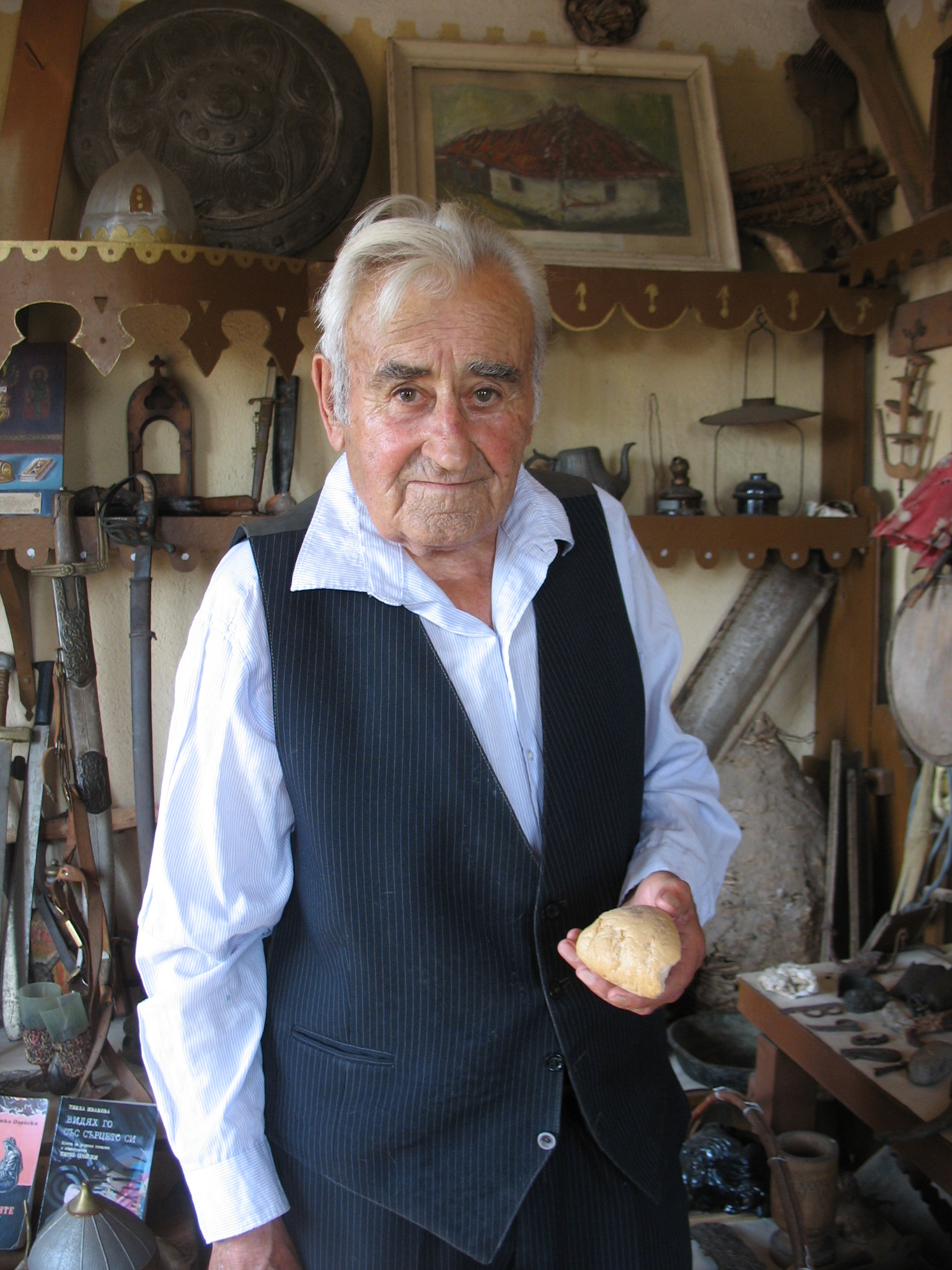 Petko Ogoyski in his collection with a piece of bread, the daily ration in the forced labour camp in Belene on the island Persin, he received on the day of his liberation from the camp in August 1953 and preserved. During the period of state socialism, the materials showing the repressive nature of the regime in Bulgaria were hidden at the birthplace of Petko Ogoyski, in the village of Ogoya, located between Sofia and the city of Vratsa. They were shown and made known to the public after the political turn in November 1989. After the end of the socialist state, numerous events were organized in which Petko Ogoyski participated and used materials of his collection (s. Events).